2010 (also known as 2010: The Year We Make Contact) is a 1984 American science fiction film written and directed by Peter Hyams.

In this sequel to Stanley Kubrick’s 1968 film 2001: A Space Odyssey, a joint American- Soviet expedition is sent to Jupiter to discover what went wrong with the U.S.S. Discovery against a backdrop of growing global tensions. Among the mysteries the expedition must explain are the appearance of a huge black monolith in Jupiter’s orbit and the fate of H.A.L., the Discovery’s sentient computer. Based on a novel written by Arthur C. Clarke 1982 sequel novel, 2010: Odyssey Two.

Roy Scheider, Helen Mirren, Bob Balaban and John Lithgow star, along with Keir Dullea and Douglas Rain of the cast of the previous film. 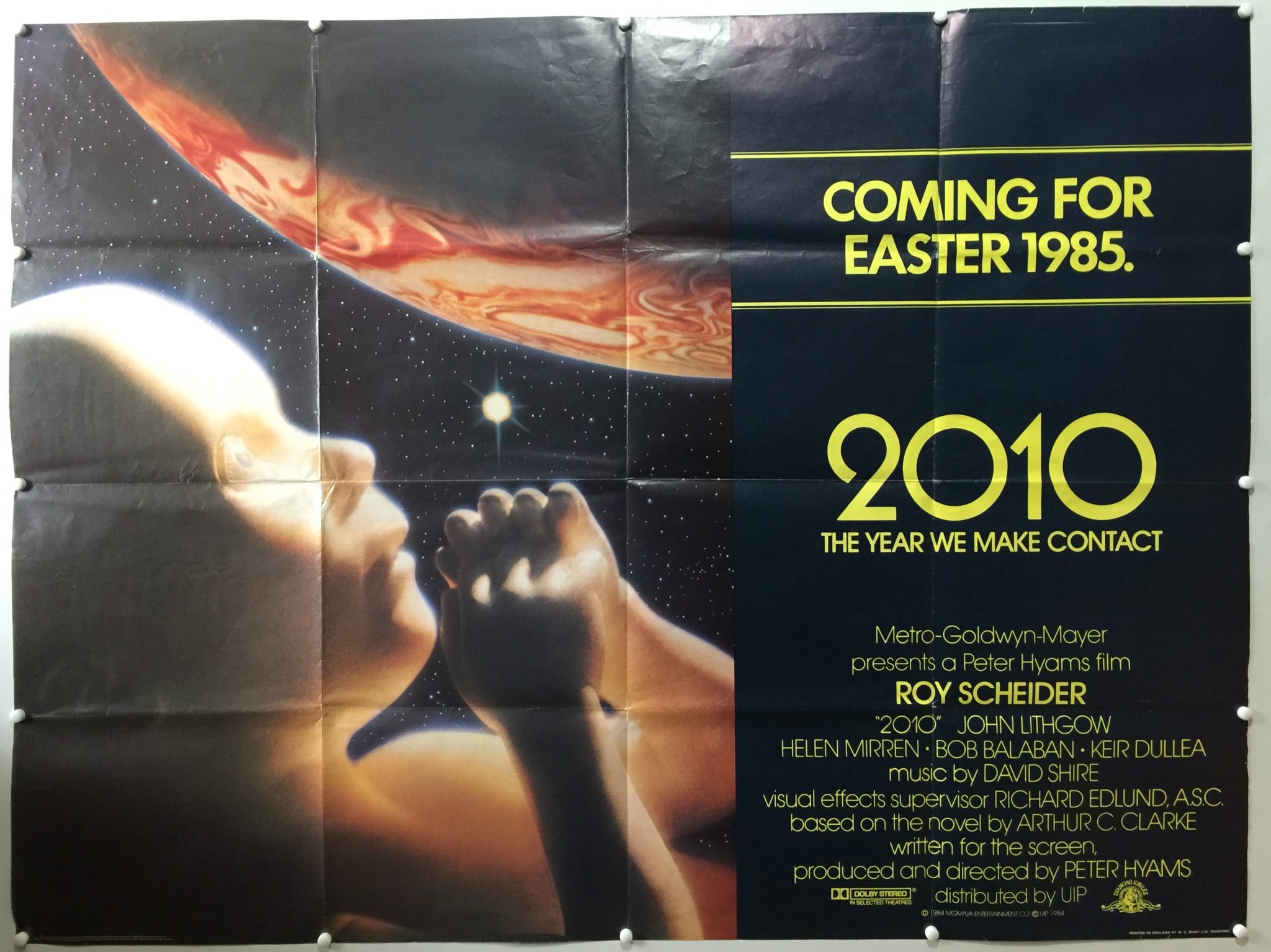