48 Hrs. is a 1982 American action comedy film directed by Walter Hill, starring Nick Nolte and Eddie Murphy (in his film debut and Golden Globe Award-nominated role) as a cop and convict, respectively, who team up to catch a cop-killer. The title refers to the amount of time they have to solve the crime. It is Joel Silver’s first film as a film producer. The screenplay was written by Hill, Roger Spottiswoode, Larry Gross, Steven E. de Souza, and Jeb Stuart.

It is often credited as being the first film in the “buddy cop” genre, which included the subsequent films Beverly Hills Cop, Lethal Weapon, and Rush Hour. 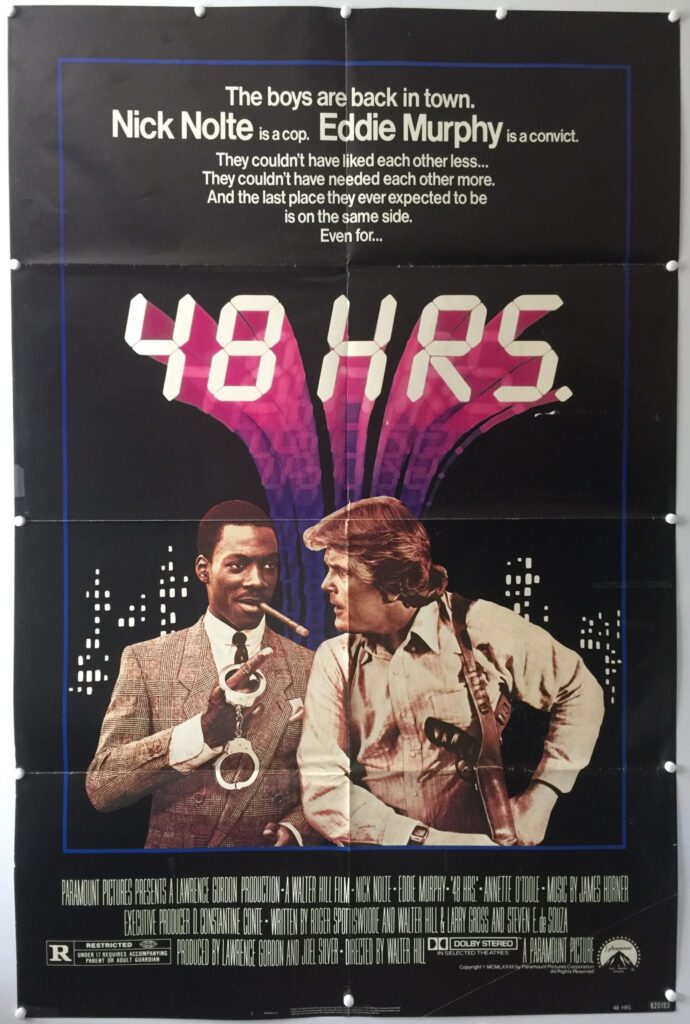