48 Hrs (also known as 48 Hours) is a 1982 film directed by Walter Hill who also co-wrote the screenplay with Roger Spottiswoode, Larry Gross and Steven E. de Souza. The film stars Nick Nolte and Eddie Murphy (in his film debut) as a cop and convict who team up to catch a cop-killer. The title refers to the amount of time they have to solve the crime.

It is often credited as being the first film in the “buddy cop” genre, which includes the films Beverly Hills Cop, Lethal Weapon and Rush Hour. A sequel called Another 48 Hrs. was released in June 1990 but although a commercial success, it failed to replicate the critical acclaim of the first film. 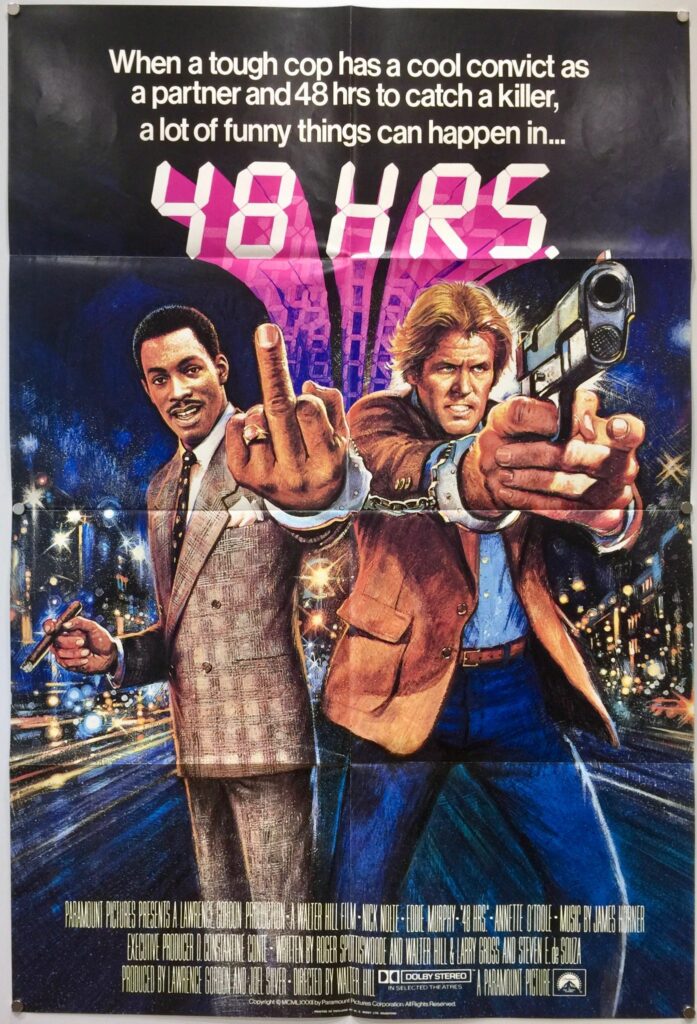 Type of Poster
One Sheet
Style of Poster
Final
Origin of Poster
UK
Year of Poster
1982
Designer
Unknown
Artist
Brian Bysouth
Size (Inches)
40″ x 27″
NSS # / Printer Markings
Printed in England by W.E. Berry Ltd. Bradford
Tagline
When a tough cop has a cool convict as a partner and 48 hrs to catch a killer, a lot of funny things can happen in…