The Adventures of Ford Fairlane | 1990 | Greatest Style | US One Sheet

The Adventures of Ford Fairlane is a 1990 film directed by Renny Harlin. It was co-produced by Steve Perry and Joel Silver with David Arnott, James Cappe and Daniel Waters writing the screenplay. The film is based on the story by David Arnott and James Cappe. The main character Ford Fairlane was created by Rex Weiner in a series of stories published weekly between 1979-1980 by the New York Rocker and LA Weekly.

The film stars comedian Andrew Dice Clay in the title role of Ford Fairlane, who is a Rock n’ Roll Detective whose beat is the music scene in Los Angeles. True to his name, Ford drives a 1957 Ford Fairlane 500 Skyliner in the film. Supporting roles are played by Wayne Newton, Priscilla Presley, Lauren Holly, Morris Day, Robert Englund and Ed O’Neill.

The Adventures of Ford Fairlane was a critical failure and upon its release received negative reviews with critic Roger Ebert giving it 1 star out of 4. He described the film as “loud, ugly and mean-spirited” but he suggested that Clay had the confidence and screen presence for a successful acting career if he could move beyond his shtick.

Unfortunately it didn’t fair better at the box office and was also a commercial failure during it original release. Produced on an estimated budget of $40m, it only grossed $21,413,502 in box office receipts in the US.

It was also nominated for 6 Razzie Awards where it won 3 for Worst Picture, Worst Actor and Worst Screenplay and was nominated for Worst Supporting Actor for both Gilbert Gottfried and Wayne Newton and Worst Director. 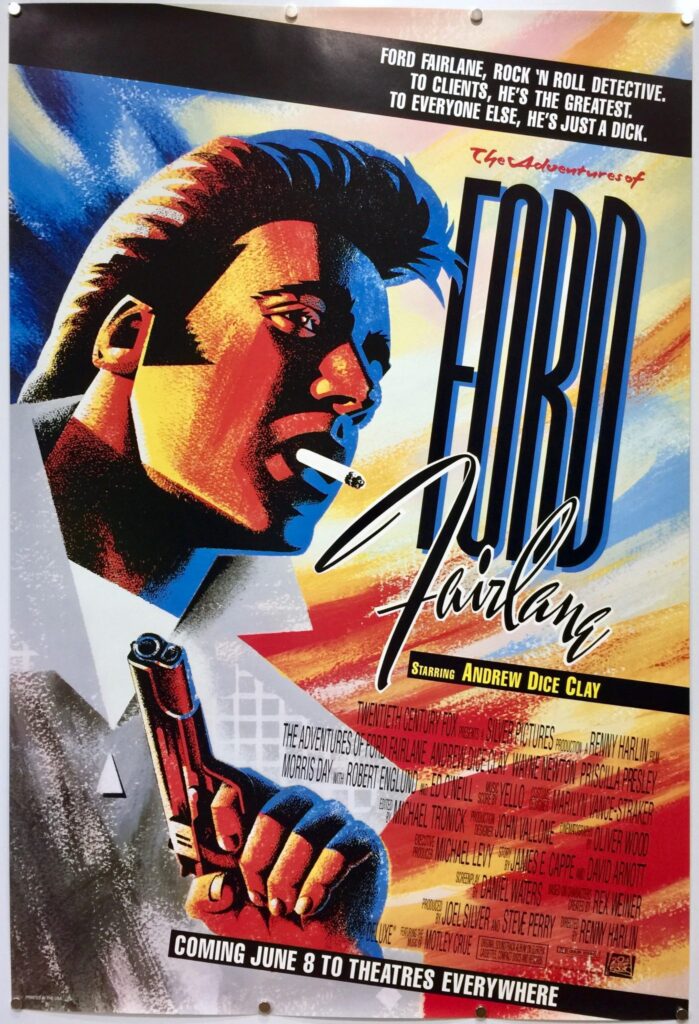