Based on the criminal career of Frank Lucas (Denzel Washington) who is a gangster from La Grange in North Carolina. He built his criminal career on smuggling heroin in the US on American service planes returning from the Vietnam War. That was until being detained by a task force led by detective Richie Roberts (Russell Crowe).

Principle photography was initially due to commence in Toronto, Canada for fiscal reasons. However, the production was relocated on a permanent basis to New York City. It was filmed over a period of four months and utilised over 180 different locations, most of which were in New York; it set the record for containing the highest number of filming locations of a movie. Due to the rising production cost, Universal cancelled the project in 2004 but following negotiations with Terry George, it was later revived when Ridley Scott took over the helm in early 2005. He concluded the filming in Thailand.

Ridley Scott used his experience of visiting New York during the same time period in which the film story took place and want to downplay a “Beatles” atmosphere to the film. He instead created a shabbier atmosphere, and said: “Harlem was really, really shabby, beautiful brownstones falling apart”. Production sets and costume design was emphasised, transforming the location into the rundown streets of upper Manhattan from the late 1960s and early 1970s. Denzel Washington, went through 64 different costume changes.

When American Gangster was released it received positive reviews with Roger Ebert of the Chicago Sun-Times giving the film a perfect four-star rating and said, “This is an engrossing story, told smoothly and well”. He also praised Crowe’s performance, saying that his contribution to the storytelling was “enormous”. The film wasn’t without criticism with many of the people portrayed, including Roberts and Lucas stating that the film took a lot of creative license with the story. Three former DEA agents even suing Universal claiming that the agency’s portrayal was demoralising. 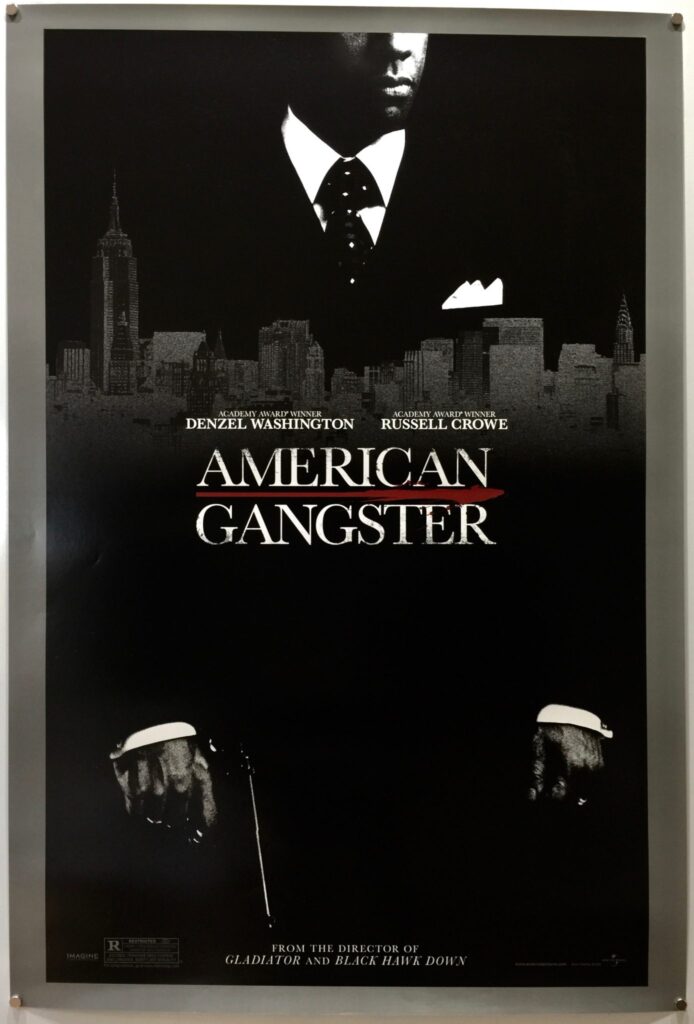