The storyline follows Baby a young man who has a partial hearing impairment works as a getaway driver who can make any wild move with the right music track playing. His crime boss, Doc values his role in his meticulously planned robberies. However, just when Baby thinks he is finally free and clear to have his own life with his new girlfriend, Deborah, Doc coerces him back for another job. Paired with a new crew of thugs who are violently unstable, Baby finds himself and everything he cares for in terrible danger. It will take all of Baby’s skill, wits and daring, but even on the best track, can he make it when life is forcing him to face the music?

Edgar Wright originally conceived Baby Driver in 1994; he adapted the film’s original planned beginning into a 2003 music video he directed for Mint Royale’s ‘Blue Song’, which starred Noel Fielding as a music-loving getaway driver for a group of bank robbers. A clip of the music video is shown briefly in the movie as the main character flips between television channels.

Principle photography for Baby Driver was primarily filmed in Atlanta, Georgia. Other locations used were Dunwoody and Gainesville, Georgia and New Orleans in Louisiana.

When Baby Driver was released it received mainly positive reviews from the critics and audiences alike. On Rotten Tomatoes it currently holds a rating of 93% with the general consensus being, “Stylish, exciting, and fuelled by a killer soundtrack, Baby Driver hits the road and it’s gone — proving fast-paced action movies can be smartly written without sacrificing thrills.”.

Manohla Dargis of the The New York Times listed the film as a “NYT Critic’s Pick” and said that the film “is so good that you want it to be better and go deeper, for it to put down its guns (or at least hold them differently) and transcend its clichés and cine-quotes so it can rocket out of the genre safe box into the cosmic beyond where craft and technique transform into art”.

Commercially, Baby Driver was a huge box office success. Having been produced with an estimated production budget of $34m. In its opening weekend, it took $20,553,320 at the US box office and has taken $175,089,495 in total worldwide box office receipts. 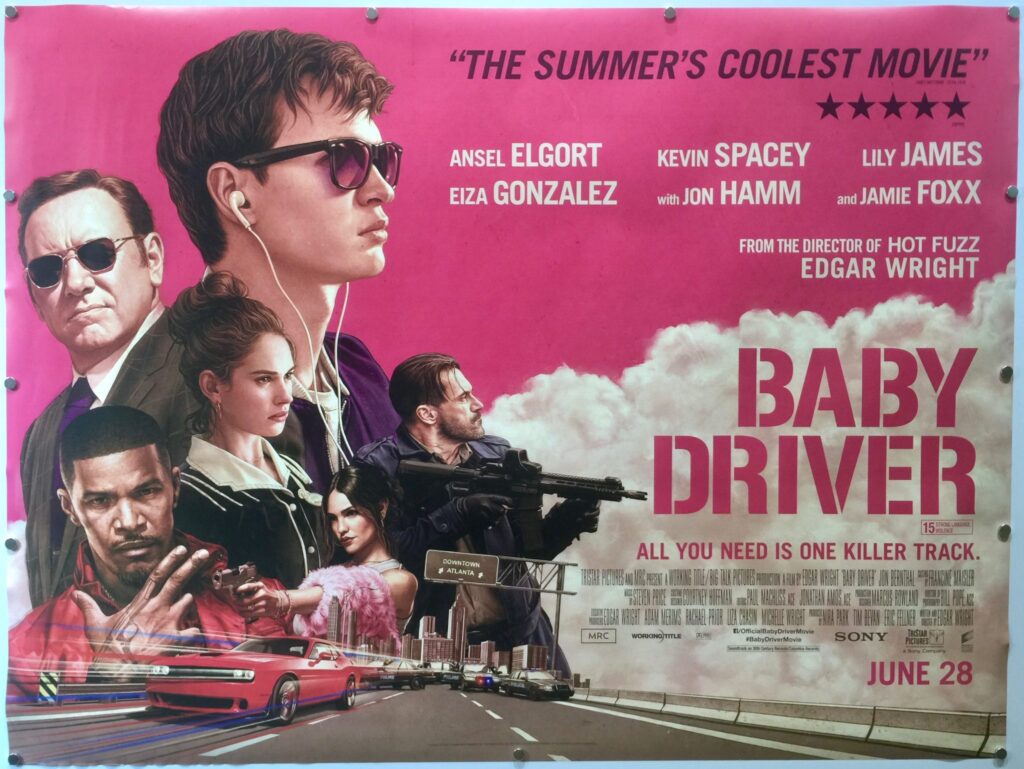