The Back to the Future franchise is a film series written and directed by Robert Zemeckis, produced by Bob Gale and Neil Canton for Steven Spielberg’s Amblin Entertainment, and distributed by Universal Pictures. The franchise follows the adventures of a high school student, Marty McFly (Michael J. Fox), and an eccentric scientist, Dr. Emmett L. Brown (Christopher Lloyd), as they use a DeLorean time machine to time travel to different periods in the history of Hill Valley, California.

The first film was the highest-grossing film of 1985 and became an international phenomenon, leading to the second and third films, which were back-to-back film productions, released in 1989 and 1990, respectively. Though the sequels did not perform quite as well at the box office as the first film, the trilogy remains immensely popular after 30 years and has yielded such spinoffs as an animated television series and a motion-simulation ride at the Universal Studios Theme Parks in Universal City, California; Orlando, Florida (now closed); and Osaka, Japan, as well as a multi platform video game. The film’s visual effects were done by Industrial Light and Magic. The trilogy was nominated for five Academy Awards all together, winning one (Best Sound Editing).

Back to the Future (1985)
Marty McFly, a typical American teenager of the Eighties, is accidentally sent back to 1955 in a plutonium-powered DeLorean “time machine” invented by a slightly mad scientist. During his often hysterical, always amazing trip back in time, Marty must make certain his teenage parents-to-be meet and fall in love – so he can get back to the future.

Back to the Future Part II (1989)
Marty McFly has only just gotten back from the past, when he is once again picked up by Dr. Emmett Brown and sent through time to the future. Marty’s job in the future is to pose as his own son to prevent him from being thrown in prison. Unfortunately, things get worse when the future changes the present.

Back to the Future Part III (1990)
Stranded in 1955, Marty McFly receives written word from his friend, Doctor Emmett Brown, as to where can be found the DeLorean time machine. However, an unfortunate discovery prompts Marty to go to his friend’s aid. Using the time machine, Marty travels to the old west where his friend has run afoul of a gang of thugs and has fallen in love with a local schoolteacher. Using the technology from the time, Marty and Emmett devise one last chance to send the two of them back to the future. 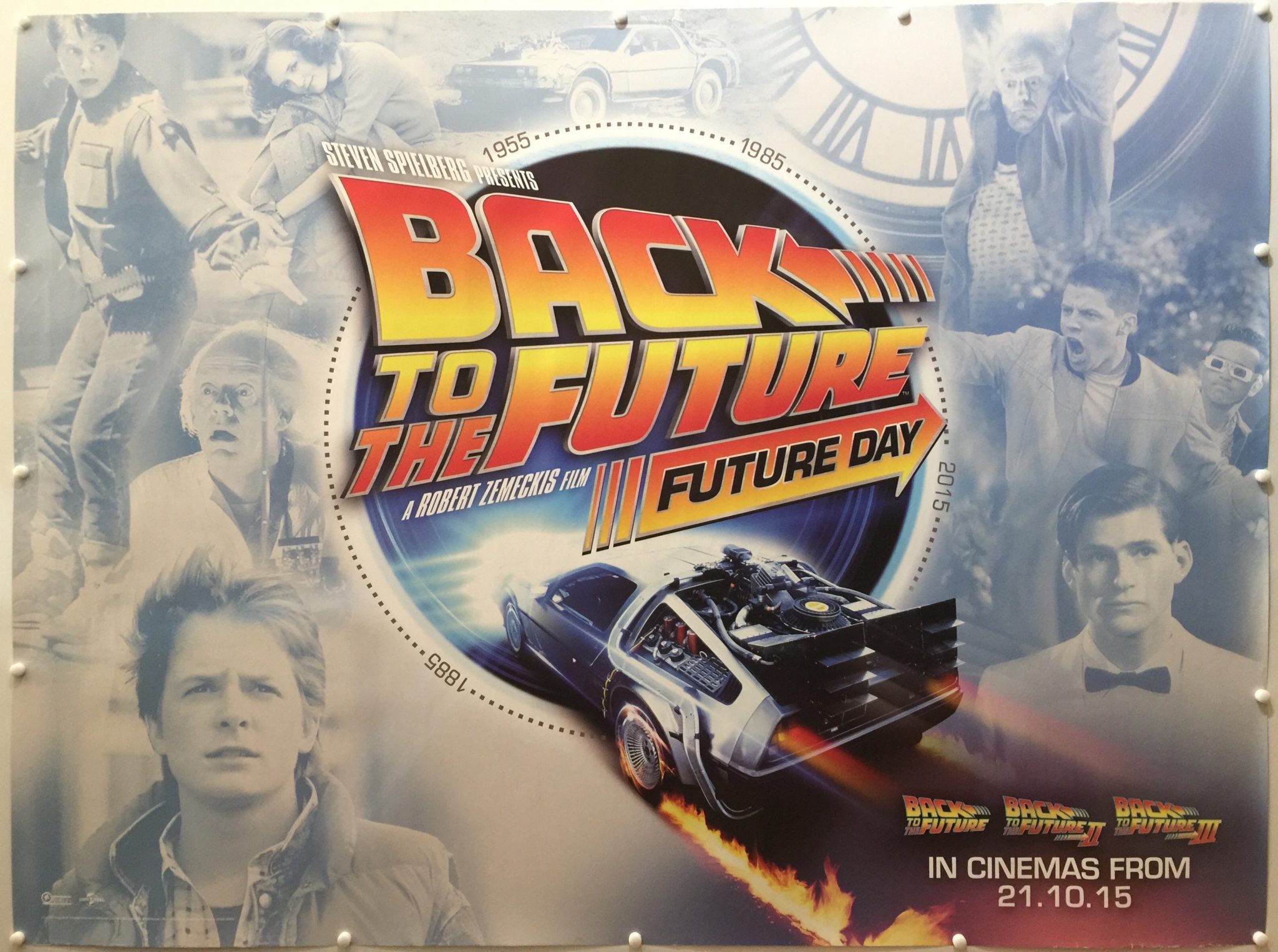