The storyline follows a child who is stolen from his mother’s womb by a witch. The child grows into Dar, who has the ability to communicate telepathically with animals. Dar grows up in a village where he learns to do battle. But the village is destroyed by a race of beast-like warriors under the control of the sorcerer Maax. Dar vows revenge and travels with new friends to stop Maax from causing any more problems.

The screenwriters changed the story in the film dramatically from the original novel which had a hero named Hosteen Storm who was a Navajo fighter in a futuristic science fiction setting. Andre Norton was unhappy with the way the film’s script was taken and asked for her name to be removed from the credits.

Further problems arose during filming when Don Coscarelli became frustrated and feuded with the executive producer predominantly over the film’s editing and casting. He originally wanted Demi Moore for the role of Kiri, but the executive producer overrode his choice and had Tanya Roberts cast. The role of Maax was originally written for Klaus Kinski, but he was not cast over a salary dispute

When The Beastmaster was released it received mixed reviews from the critics. On Rotten Tomatoes it currently holds a 42% rating.

Commercially, The Beastmaster was a modest box office success. Produced on an estimated production budget of $8m, it took $2,955,641 in the US on its opening weekend. It went on to take $14,056,528 in total US box office receipts. Over the years it steadily built a strong cult following.

The Beastmaster was succeeded by a sequel in 1991 called Beastmaster 2: Through the Portal of Time. The film was directed by the original film producer Sylvio Tabet. The direct-to-video third film was released in 1996 titled Beastmaster III: The Eye of Braxus. Marc Singer starred in both sequels as Dar. The films were followed by a television series in 1999 although the backstory of Dar is changed and played by Daniel Goddard. 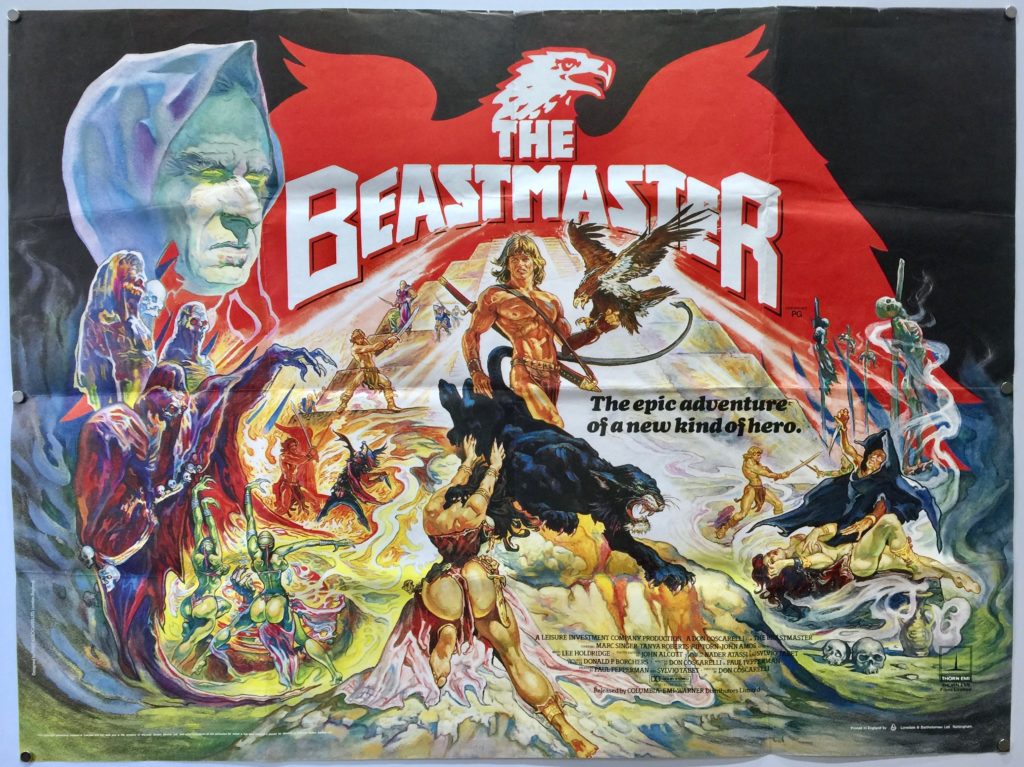