Beverly Hills Cop III (also known as Beverly Hills Cop 3) is a 1994 film directed by John Landis. It was produced by Mace Neufeld and Robert Rehme with Steven E. de Souza writing the screenplay. As with the previous two films in the series, it is based on the characters by Danilo Bach and Daniel Petrie, Jr. John Landis had previously worked with Eddie Murphy on Trading Places and Coming to America.

The film sees Eddie Murphy return as Axel Foley, a street-smart Detroit police officer who returns to Beverly Hills to stop a gang of counterfeiters who are responsible for the death of his boss. He teams ups with his friend, Billy Rosewood (Judge Reinhold), and his investigation leads him to an amusement park known as Wonder World. Supporting roles are played by Judge Reinhold, Timothy Carhart, Gilbert R. Hill, Héctor Elizondo and Theresa Randle. Also featured in a cameo role is George Lucas who plays a ride patron at Wonder World.

Early draft scripts for Beverly Hills Cop III featured original characters Axel Foley, Billy Rosewood, John Taggart going to London to rescue Captain Bogomil from a group of terrorists during an International Police Convention. However, problems arose with scripting and budgetary constraints which caused pre-production issues rustling in John Ashton (John Taggart) and Ronny Cox (Captain Bogomil) leaving the project due to other obligations. This resulted in the script having to be re-written with John Ashton’s part being John Flint (Héctor Elizondo) and his absence being explained as he retired and moved to Phoenix. Ronny Cox’s admission from the film was never explained or addressed.

The film was panned by critics and based on this criticism was nominated for two Golden Raspberry Awards for Worst Director and Worst Sequel. Eddie Murphy described the film as the weakest of the Beverly Hills Cop series and during an interview with Inside the Actors Studio in 2006 he said the third film was “atrocious” and such a disgrace that “the character was kind of banished from Hollywood for a while”. 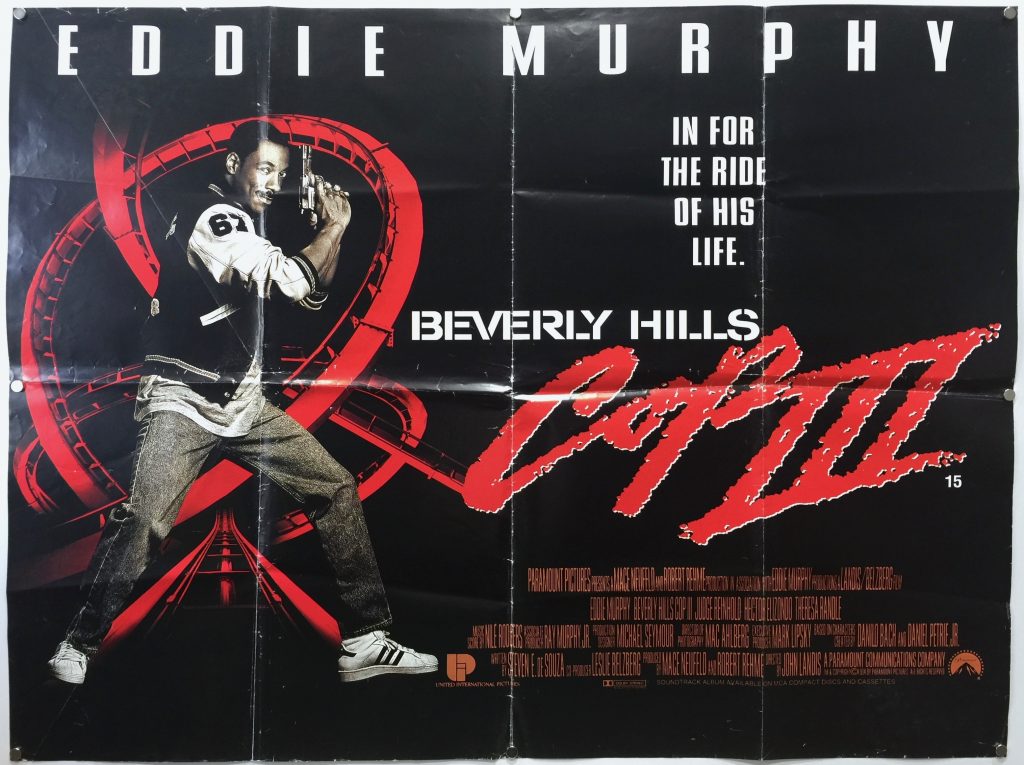