Although the original screenplay by first-time screenwriters Gary Goldman and David Z. Weinstein was envisioned as a Western set in the 1880s, screenwriter W. D. Richter was hired to rewrite the script extensively and modernise it. The studio hired Carpenter to direct the film and rushed Big Trouble in Little China into production so that it would be released before a similarly themed Eddie Murphy film, The Golden Child, which was slated to come out around the same time. The project fulfilled Carpenter’s long-standing desire to make a martial arts film.

The film was a commercial failure, grossing $11.1 million in North America, below its estimated $20 million budget. It received mixed reviews that left Carpenter disillusioned with Hollywood and influenced his decision to return to independent film-making. It has since become a cult classic, with an 84% average rating on Rotten Tomatoes and a steady audience on home video.

Truck driver Jack Burton arrives in Chinatown, San Francisco, and goes to the airport with his Chinese friend Wang Chi to welcome his green-eyed fiancée Miao Yin who is arriving from China. However she is kidnapped on the arrival by a Chinese street gang and Jack and Wang chase the group. Soon they learn that the powerful evil sorcerer called David Lo Pan, who has been cursed more than two thousand years ago to exist without physical body, needs to marry a woman with green eyes to retrieve his physical body and Miao is the chosen one. Jack and Wang team-up with the lawyer Gracie Law, the bus driver and sorcerer apprentice Egg Shen and their friends and embark in a great adventure in the underground of Chinatown, where they face a world of magicians and magic, monsters and martial arts fighters. 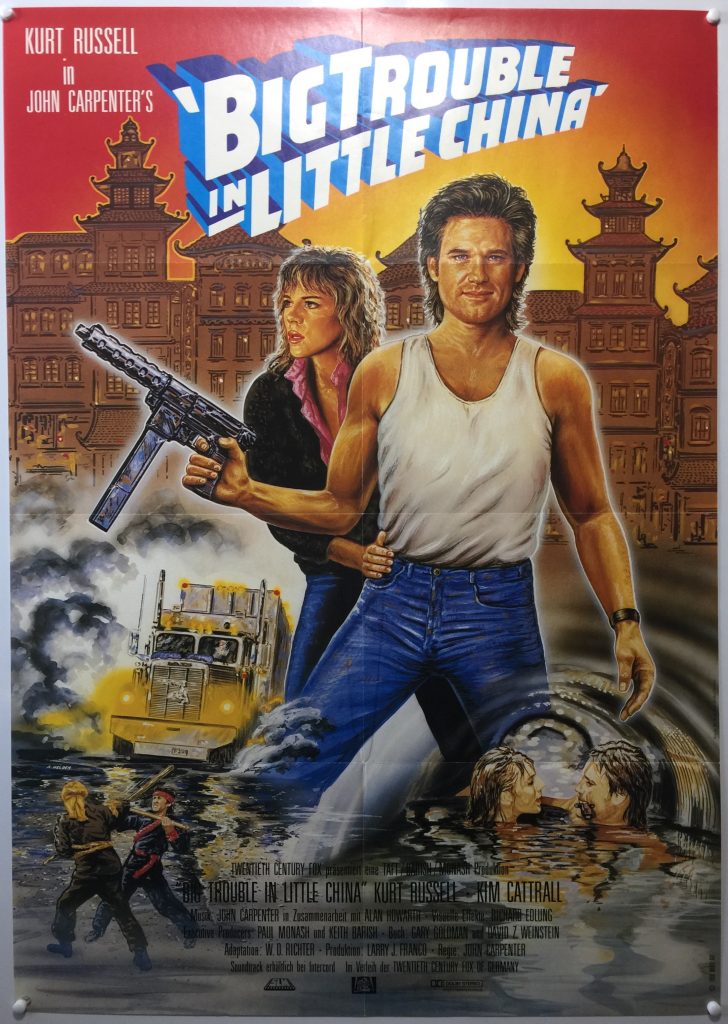