THE BIRTH OF A NATION UK ONE SHEET

The Birth of a Nation is a 2016 film directed by Nate Parker, in his directorial debut. It was co-produced by Nate Parker, Kevin Turen, Jason Michael Berman, Aaron L. Gilbert and Preston Holmes. The screenplay was written by Nate Parker based on his and Jean McGianni Celestin’s story. It stars Nate Parker, Armie Hammer, Colman Domingo, Aja Naomi King, Jackie Earle Haley, Penelope Ann Miller and Gabrielle Union.

The story is set in the antebellum South and follows Nat Turner, who is a literate slave and preacher. His financially strained owner, Samuel Turner, accepts an offer to use Nat’s preaching to subdue unruly slaves. As he witnesses, countless atrocities – against himself and his fellow slaves – Nat orchestrates an uprising in the hopes of leading his people to freedom.

Principle photography was completed in Savannah, Georgia, USA. The Birth of a Nation premiered at the Sundance Film Festival in January 2016. It was warmly received that after it was shown it received a standing ovation. Following its premiere, Fox Searchlight Pictures bought the worldwide rights to the film in a $17.5m deal, which was the richest in Sundance history.

When The Birth of a Nation was released it received mixed reviews from the critics. On Rotten Tomatoes it currently holds a rating of 72% with the general consensus being, “The Birth of a Nation overpowers its narrative flaws and uneven execution through sheer conviction, rising on Nate Parker’s assured direction and the strength of its vital message”. Matt Zoller Seitz from rogerebert.com rated the film as two out of four stars and said “Parker’s film lacks that kind of wild spark. It’s calculating, solemn and sincere..filmmaking that’s effective but uninspired..some crane shots here; some assaultive flash-cuts there; jagged handheld camera work for close-quarters fight scenes; sloshy-gushy sound effects when blood is spilt; the usual.”

Commercially, The Birth of a Nation suffered at the box office and is considered a financial disappointment. This was partly attributed to the alleged rape by director Nate Parker. Having been made on an estimated production budgets of $8.5m, it went on to take $7,004,254 in US box office takings from its opening weekend. It went on to achieved total US box office receipts of $15,572,307. 20th Century Fox cancelled the planned 2017 release schedule of the film in Japan, Switzerland, Norway, Finland, Denmark, Austria and Latin America following the disappointing results at the US box office. 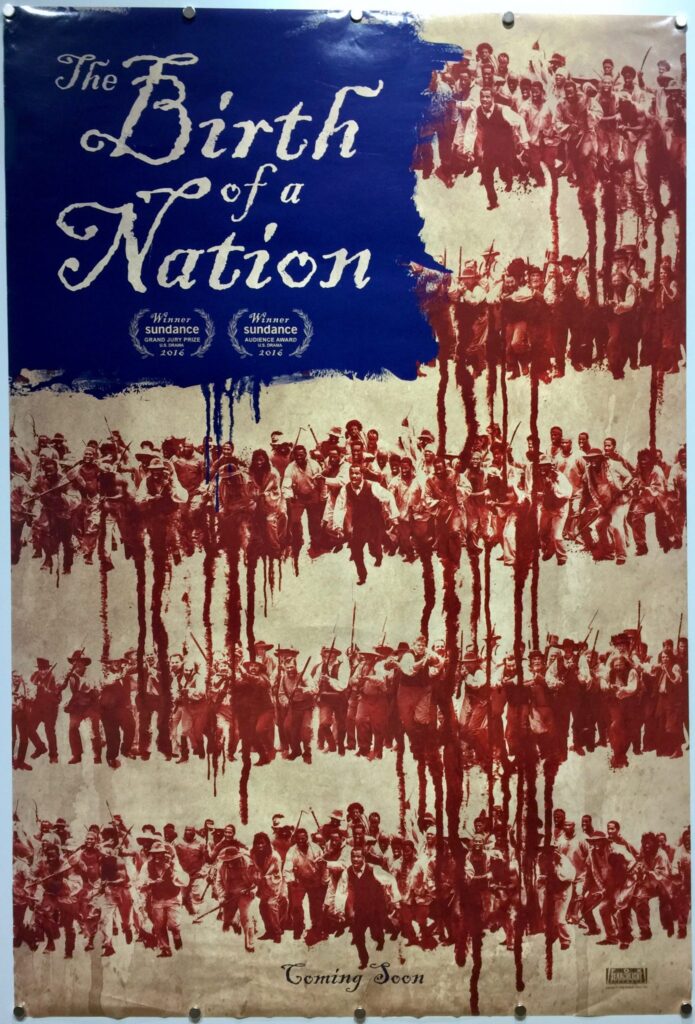