Blade Runner is a 1982 film directed by Ridley Scott. It was produced by Michael Deeley. The screenplay was co-written by Hampton Fancher and David Peoples based on an adaptation of the 1968 book Do Androids Dream of Electric Sheep by Philip K. Dick. The film stars Harrison Ford, Rutger Hauer, Sean Young and Edward James Olmos.

The film is based in a dystopian Los Angeles. Genetically engineered replicants, indistinguishable from human are made by Tyrell Corporation. However, the use of replicants is banned on Earth and they are utilised in dangerous or metal work in other world colonies. Replicants who defy the ban and return to Earth are hunted and are retired by special police operatives known as Blade Runners.

The plot is based on a group of escaped replicants led by Roy Batty (Rutger Hauer) who have recently escaped. Burnt out Blade Runner, Rick Deckard (Harrison Ford), reluctantly agrees to take on the assignment of hunting them down. During his investigations, Deckard begins a relationship with Rachael (Sean Young), an advanced replicant who causes him to question his and the replicants’ humanity.

There were seven versions of Blade Runner which were used in various markets as a result of the controversial changes made to the film by executives. A director’s cut was released in 1992 following a strong response to the workprint screenings. In 2007 a final cut was released which was a 25th Anniversary digitally remastered edition. This was the only version that Ridley Scott had complete artistic freedom. It was released in selected cinemas and then released on home media.

Upon its release Blade Runner initially received mixed reviews from critics. It was criticised for its overuse of special effects, slow pace with one critic calling it “Blade Crawler” and that it did not fit into the marketing of an action/adventure film. However, others had praised the complexity of the film and predicted it would stand the test of time. Since its original release, the film has become a science fiction cult classic.

Despite the mixed reviews it was nominated for an Academy Award for Best Art Direction and Best Visual Effects. Nominated for Golden Globe for Best Original Score. Nominated for 8 BAFTA Awards and won 3 categories for Best Cinematography, Best Costume Design and Best Production.

Produced on an estimated budget of $28m it took $32,868,943 in box office receipts in the US. A sequel called Blade Runner 2049 is scheduled for release in 2017. The film will see Harrison Ford returning alongside Ryan Gosling. Although Ridley Scott is not directing the film he is involved in its production. 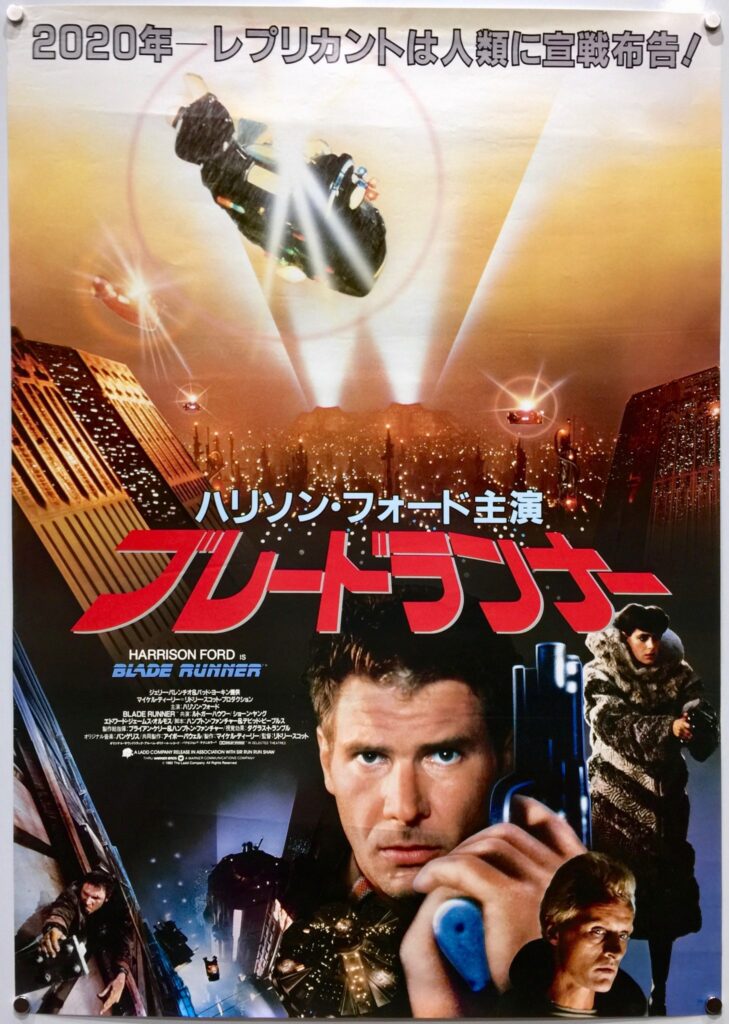