Blade Runner 2049 is a 2017 film directed by Denis Villeneuve. It was co-produced by Andrew A. Kosove, Broderick Johnson, Bud Yorkin and Cynthia Yorkin. The screenplay was co-written by Hampton Fancher and Michael Green based on the characters from the 1968 novel, Do Androids Dream of Electric Sheep? by Philip K. Dick. Blade Runner 2049 is a sequel to the original Blade Runner released in 1982 and stars Ryan Gosling, Harrison Ford, Ana de Armas, Mackenzie Davis, Sylvia Hoeks, Lennie James, Carla Juri, Robin Wright, Dave Bautista and Jared Leto.

The storyline is set thirty years after the events of the first film, a new blade runner, LAPD Officer K, unearths a long-buried secret that has the potential to plunge what’s left of society into chaos. K’s discovery leads him on a quest to find Rick Deckard, a former LAPD blade runner who has been missing for 30 years.

The development on a sequel to Blade Runner began in 1999 and was called Blade Runner Down; however, the project was cancelled due to issues concerning the rights to the novel. The director of the original film, Ridley Scott, did consider developing a sequel and planned to call it Metropolis but never followed this through. Development for a sequel didn’t really make any movement until February 2015 when it was confirmed a sequel would be made. Harrison Ford confirmed he would return to the role Rick Deckard as did original scriptwriter Hampton Fancher.

In an interview with EW, the director Denis Villeneuve discussed the film saying it is set a few decades after the original. It will again take place in Los Angeles, albeit one that spreads over much of the West Coast and the Earth’s atmosphere will be different. “The climate has gone berserk — the ocean, the rain, the snow is all toxic”. In the same interview, it was announced that Ridley Scott would serve as executive producer.

Principle photography was completed in Budapest, Hungary. At the San Diego Comic-Con in 2017, Denis Villeneuve was asked what the runtime of the film was and he confirmed the current cut was around two and a half hours. It is scheduled for release on 6th October 2017. 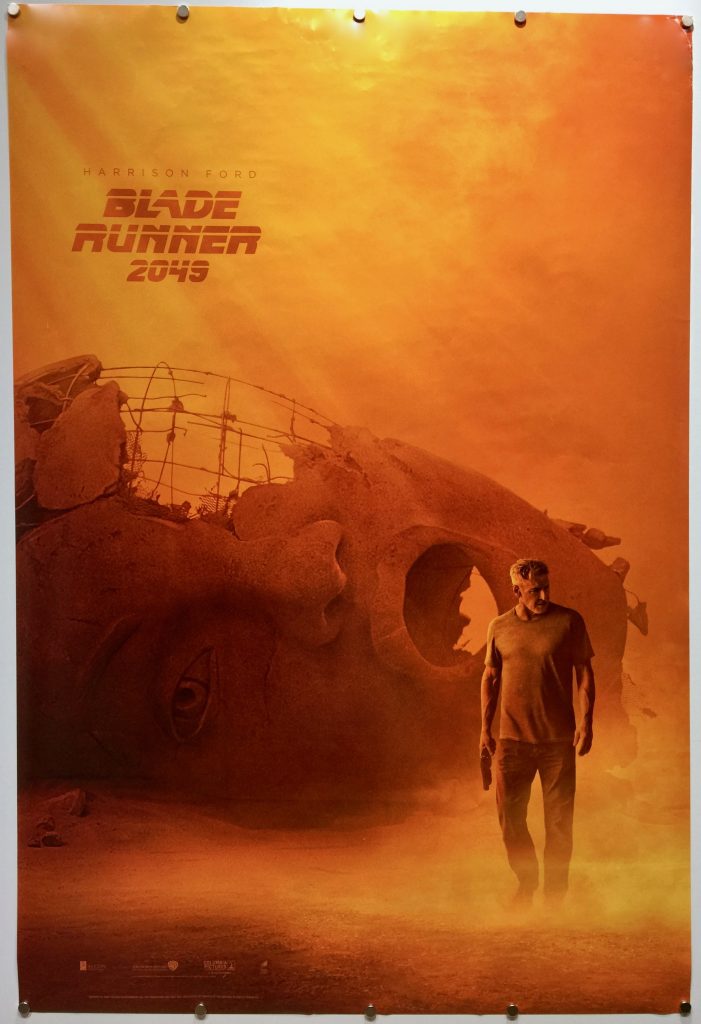