Blair Witch is a 2016 American found footage psychological horror film directed by Adam Wingard and written by Simon Barrett. It is a direct sequel to The Blair Witch Project and stars James Allen McCune, Callie Hernandez, Brandon Scott, Corbin Reid, Wes Robinson and Valorie Curry. The film follows a group of college students and their local guides who venture into the Black Hills Forest in Maryland to uncover the mysteries surrounding the disappearance of Heather Donahue, the sister of one of the characters. Initially, the film’s connection to the Blair Witch franchise was kept secret, with the film having been shot under the fake title, The Woods.

It screened at San Diego Comic-Con on July 22, 2016 and premiered at the Toronto International Film Festival on September 11, before being theatrically released in the United States on September 16 by Lionsgate. 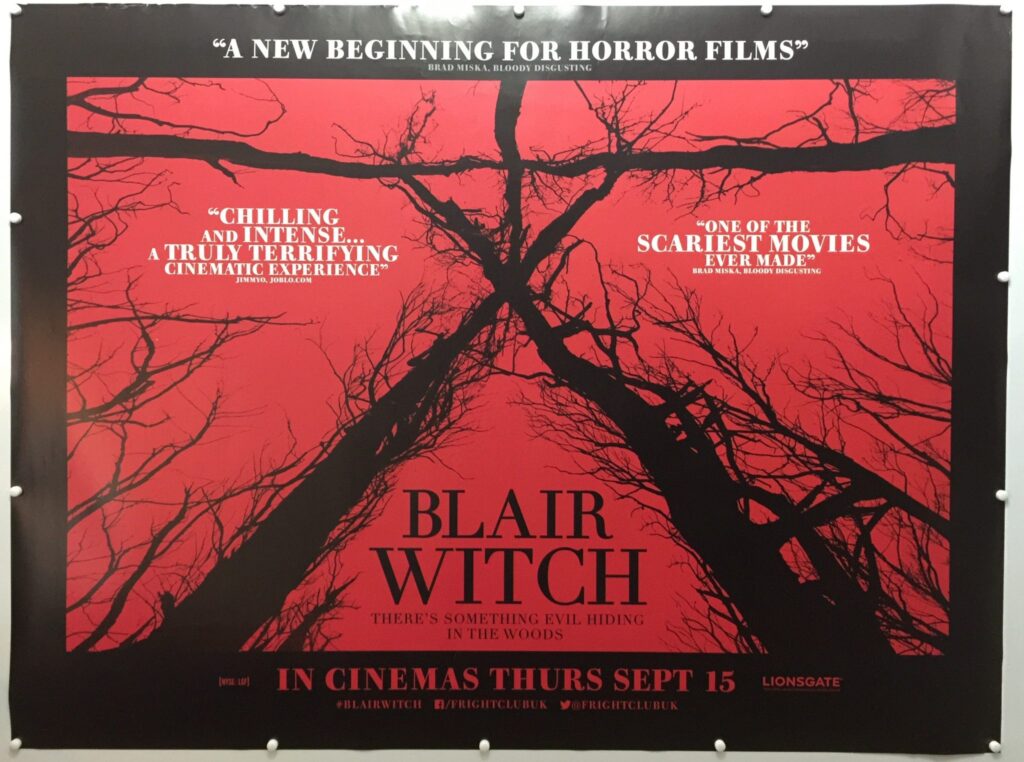