Evolution Of Film And Its Impact On The Movie Poster

As movies transitioned from simple moving pictures to a storytelling medium, their popularity drastically increased throughout the U.S. and Europe. As a result, they soon required advertising to alert people when and where they would be shown. The movie poster was born and has been used as a medium to promote films ever since with the commercial intent of getting people to buy tickets. When films were first shown they would be at amusement parks, fairs, and music halls and eventually in specially established makeshift theatres called Nickelodeons.

Nickelodeons often used gaudy posters and ornamented facades to attract patrons, but bare walls and hard seats usually awaited within. During this time, the standard poster designs and sizes were simply borrowed from Vaudeville stock posters.

Over the years the style of movies has evolved and with it, the design of movie posters has also changed. This article will guide you through changes to the film industry and movie posters and there designs from the 1908 to the modern day. You will see how the process has changed from originally being hand drawn by artists and illustrators to using modern computing software producing photographic illustrations.

In 1908, Thomas Edison joins together the seven major film studios into the Motion Picture Patents Company to help regulate film production and distribution and to shut down smaller production companies. The first standard film poster size is set at 27″x41″. The posters they produced were strictly censored, which of course led to independent printers making much more graphic versions for much cheaper.

The Rise of Movie Stars

In the early 1910’s audiences began demanding to know the identities of the actors in various films. Studios tried desperately to keep them anonymous but eventually were forced to concede and embrace the stars’ popularity. This caused a shift in poster design, with new ads highlighting the actors more than the film itself. At this time, nickelodeons were also being replaced by theatres, allowing for more poster space. Around this time, billboards were also put into use.

The End of the MPPC

In 1915, Thomas Edison’s company is dissolved by a federal court decision, deeming that it went “far beyond what was necessary to protect the use of patents or the monopoly which went with them.” Printers are immediately freed from design restrictions and are able to produce much richer and more lavish designs.

This decade was the golden age of the silent movie, giant architectural masterpieces began to replace drab movie theatres, and poster design moved from being simple advertising to an art form. More precise printing processes were developed, allowing for more detail. The movie poster design stuck to a fairly traditional type for the time period with most movie posters being hand-drawn illustrations over stills that depicted scenes from the movie. After the invention of the radio, filmmakers began experimenting with putting sound and film together. 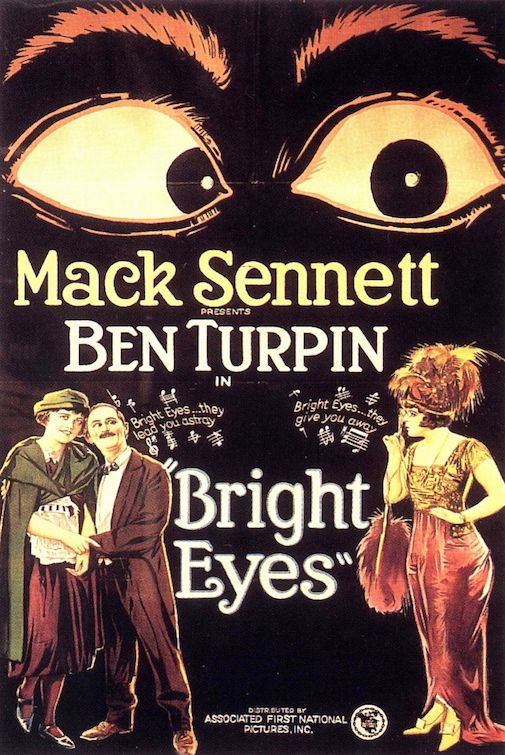 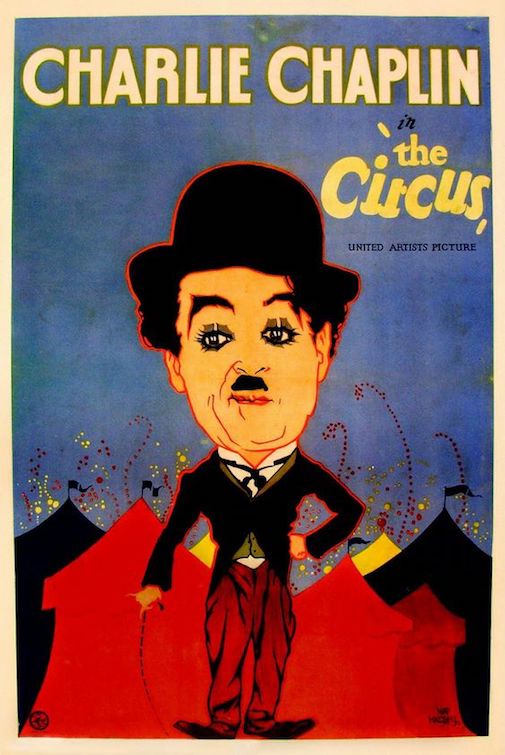 In 1927, one of the first films to use sound was The Jazz Singer. It was primarily a silent movie which featured a few jazz songs and even a few lines by Al Jolson.

Art Deco and The Great Depression

Following the rest of the country, movie posters reflected the new art deco era, which favoured geometric shapes and bold colours. One very noticeable change was the elimination of detailed backgrounds, shifting instead to blank white spaces. Contrary to the expected reaction, the Great Depression actually caused more people to come to the movies as a means of escape.

One very noticeable change in this decade, was the elimination of detailed backgrounds with a shift towards to blank backgrounds. We see a growing tendency towards illustrations focusing on main characters of the film, particularly faces, over depictions of scenes. There was a shift towards bolder typographic with designs. 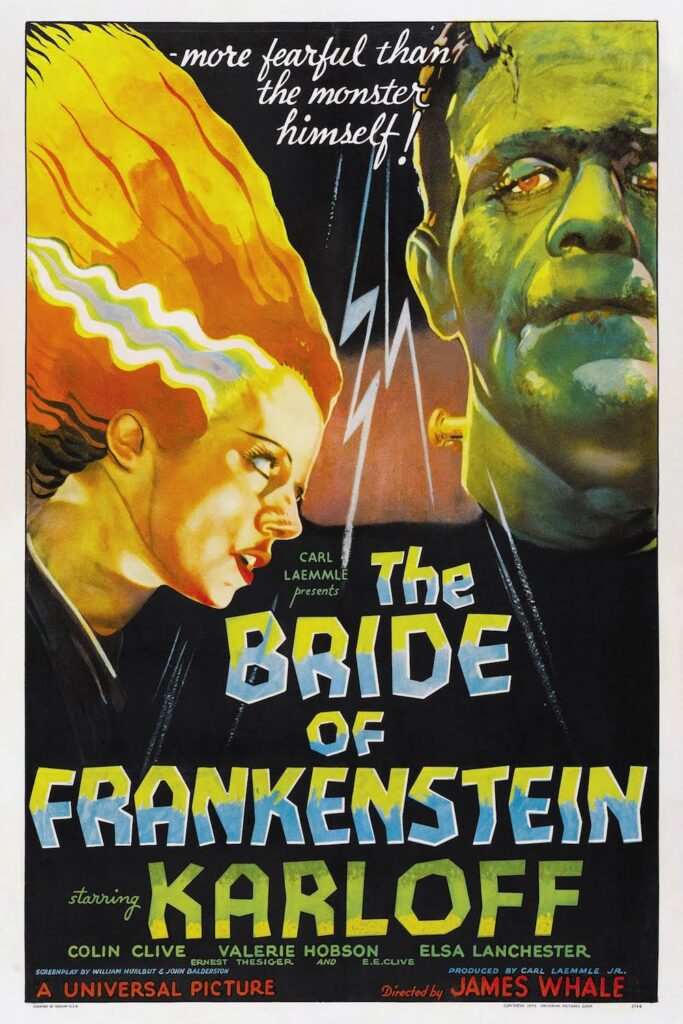 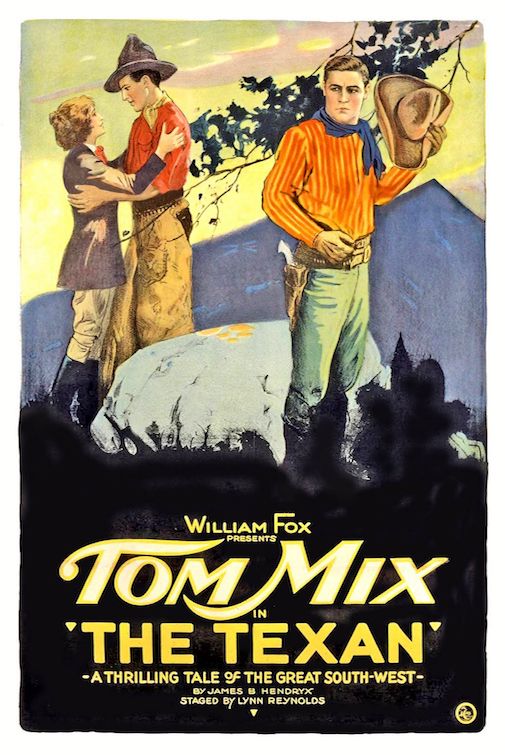 Gone With the Wind

In 1939, the longest American film with sound at the time, Gone With The Wind, winner of ten Academy Awards, one of the first major films to be shot in colour, the highest-grossing film of all time until 1966, and considered by many to be the best film ever made.

Immediately following the Great Depression along came World War II, and movie studios responded by attempting to create an atmosphere of great patriotism. Though they lost significantly less business than most industries, their advertising budgets had to be cut back. Also, fewer movies were produced after the invention of the television.

We rarely see scene depictions anymore with character illustrations beocming the most prominent feature, and typographic treatments are a little more subdued after the experimentation of the 1930s. 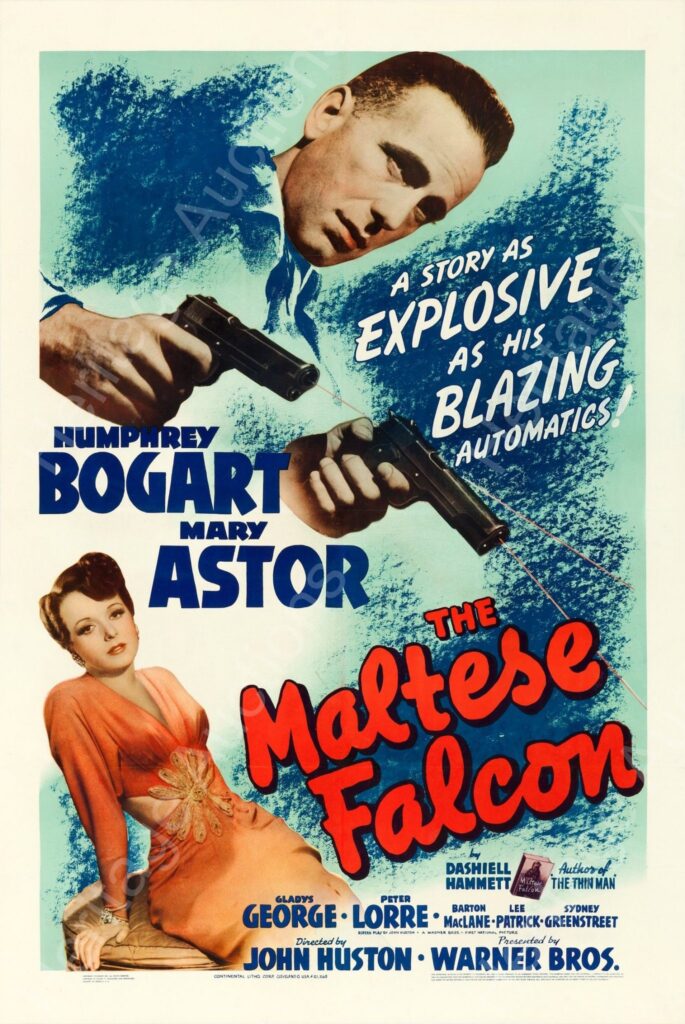 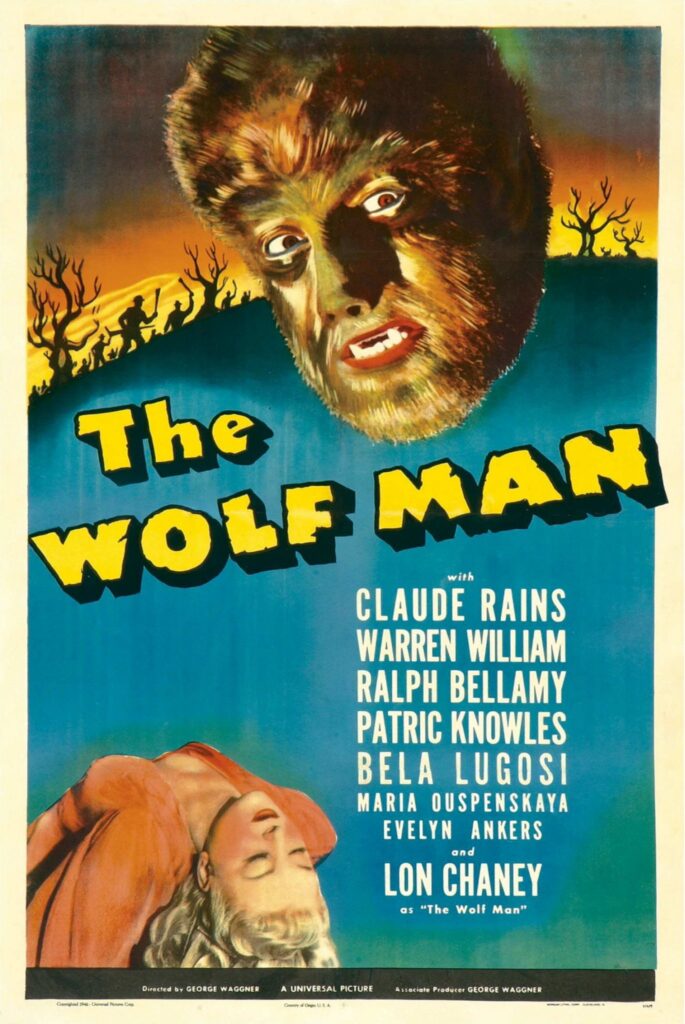 As soldiers returned from war, the demand for fantasy rose. Subject matter changed from war to science fiction and comedy. Because television was continuing to draw audiences away, studios had to resort to new innovations such as wider screens and 3-D movies.

We start to see poster designers trying conceptual approaches, such as the Love in the Afternoon poster which is free of characters, emphasising typography and subtle clues as to the movie content forming the type’s background. 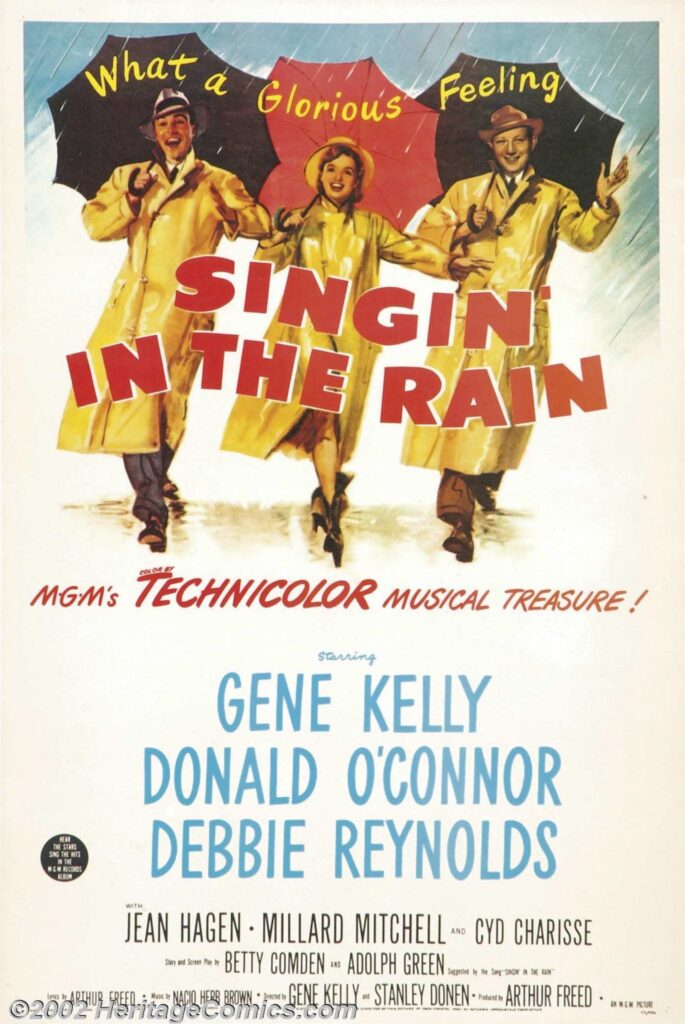 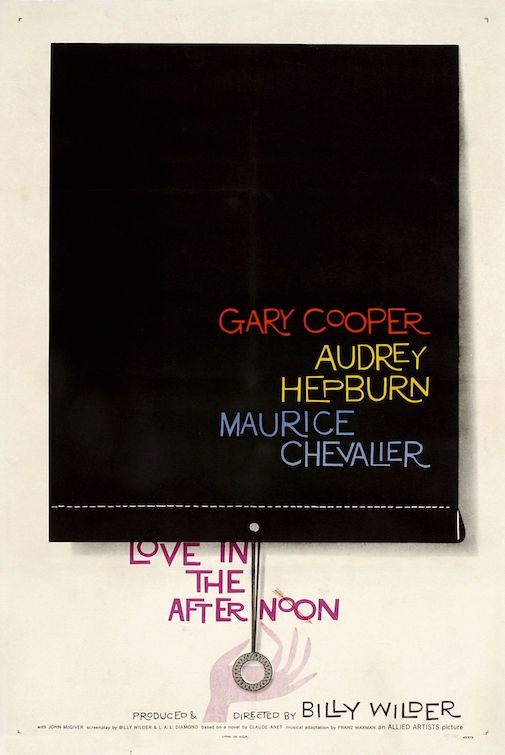 In 1956, as magazines began printing colour photographs of stars, movie companies followed. Posters began using tinted photographs and were made so that people in cars could see them clearly from far away.

This decade marked a period of films featuring teen idols and the beach movie genre. Another growing genre was action movies, and, because of the lack of censorship guidelines, more adult-oriented films were able to be produced. The release of the James Bond series in 1964 with Dr. No, helped to drive the action genre forward.

The posters from this decade don’t go as far as getting rid of illustrations altogether, but type plays a more important role in the layouts. Poster designers changed the content of the designs to match that of the films. 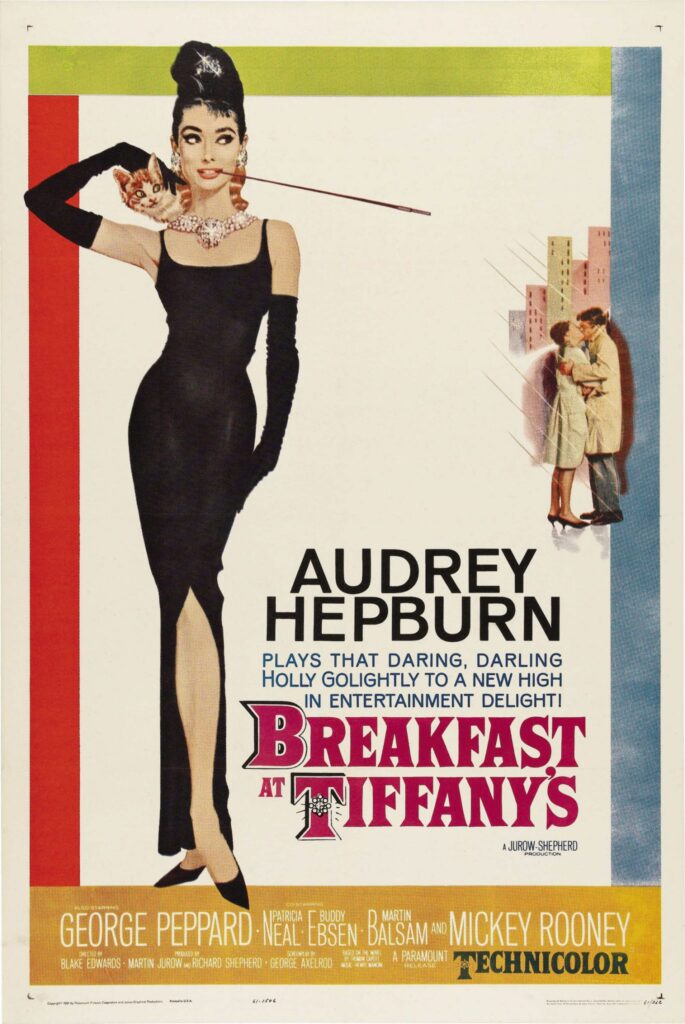 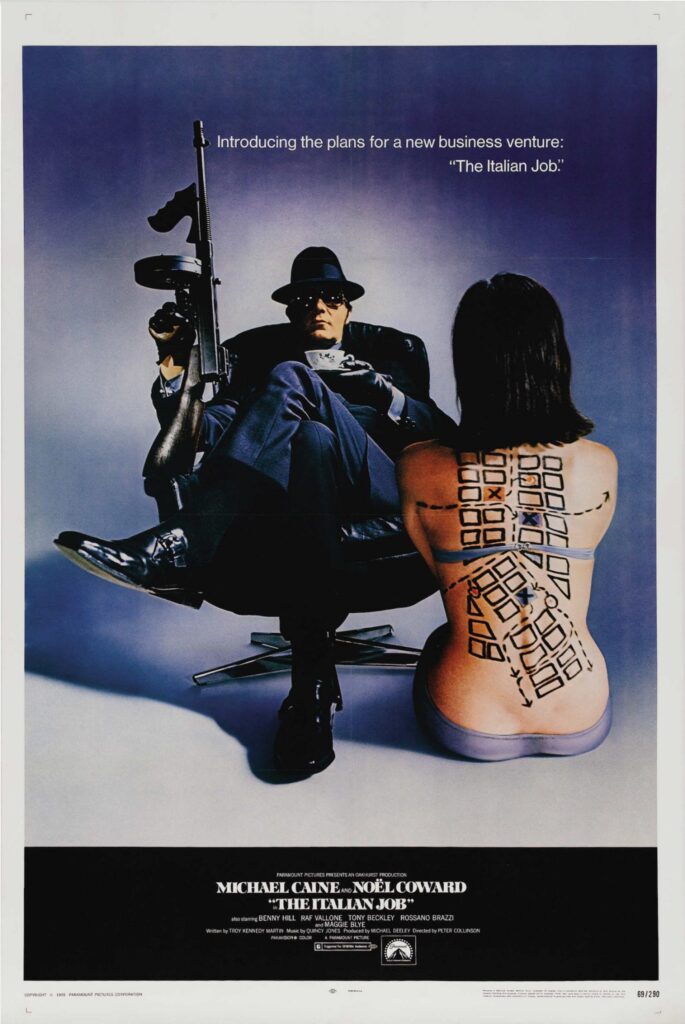 This decade continued the trends seen in the 60s, with posters continuing to use photography and phasing out painting. With the popularity of Star Wars and Star Trek, movie fans began collecting posters from their favourite films.

An example of the fast movement of trends in the design industry, the 1970s sees photographs playing a big role in posters for the first time, often taking up the bulk of the canvas with type thrown in below, seemingly as an afterthought. 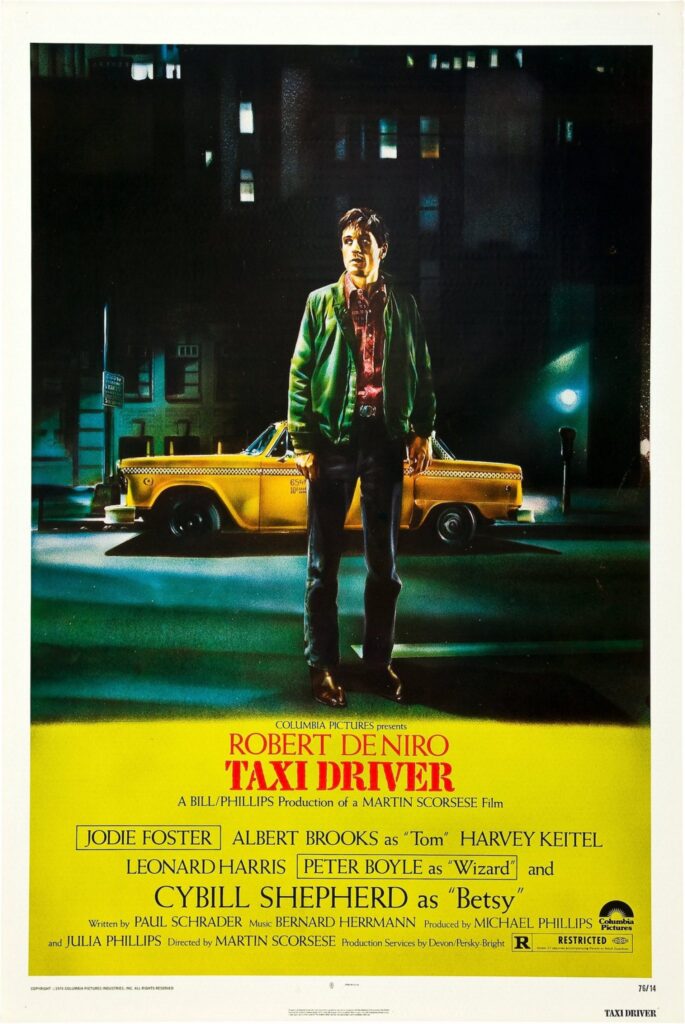 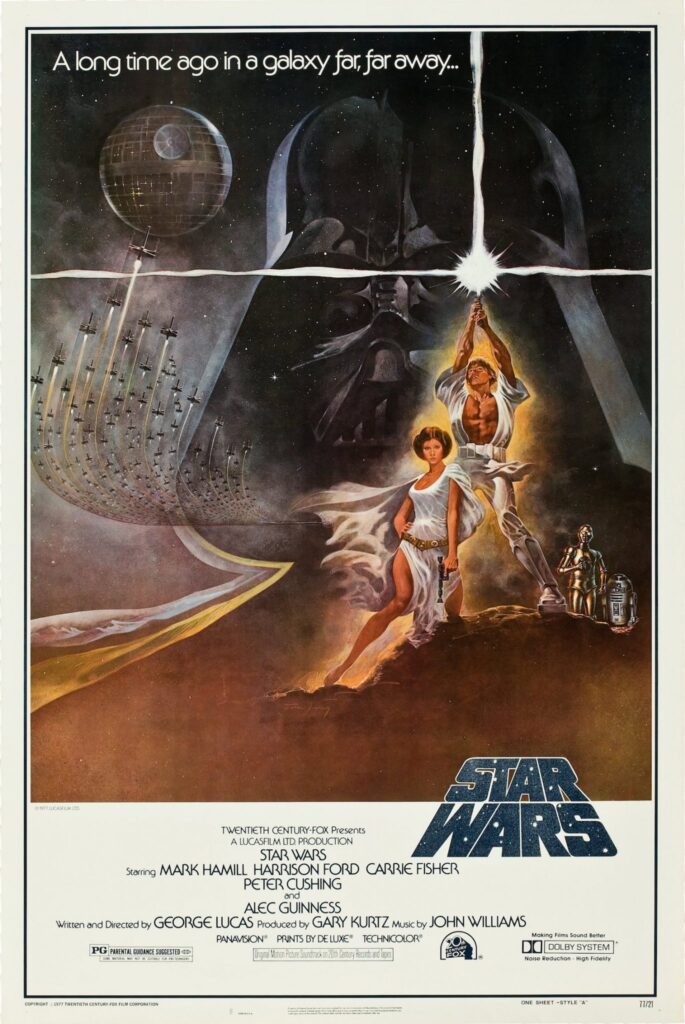 The 1980s saw the development of new special effects, which had an impact on what kinds of images were selected for advertisement purposes. New types of posters also had to be developed for advertising in the new video rental market. These were made specifically for display at retail video stores. Have a look at our article on the different types and styles of movie posters here, for more information on video posters.

This is the decade where we start to see the movie poster in a form similar to what we’re used to seeing today. Large photographic backgrounds are more common than ever, but type and imagery are more balanced than we’ve seen in previous decades with one element being favoured over the other. 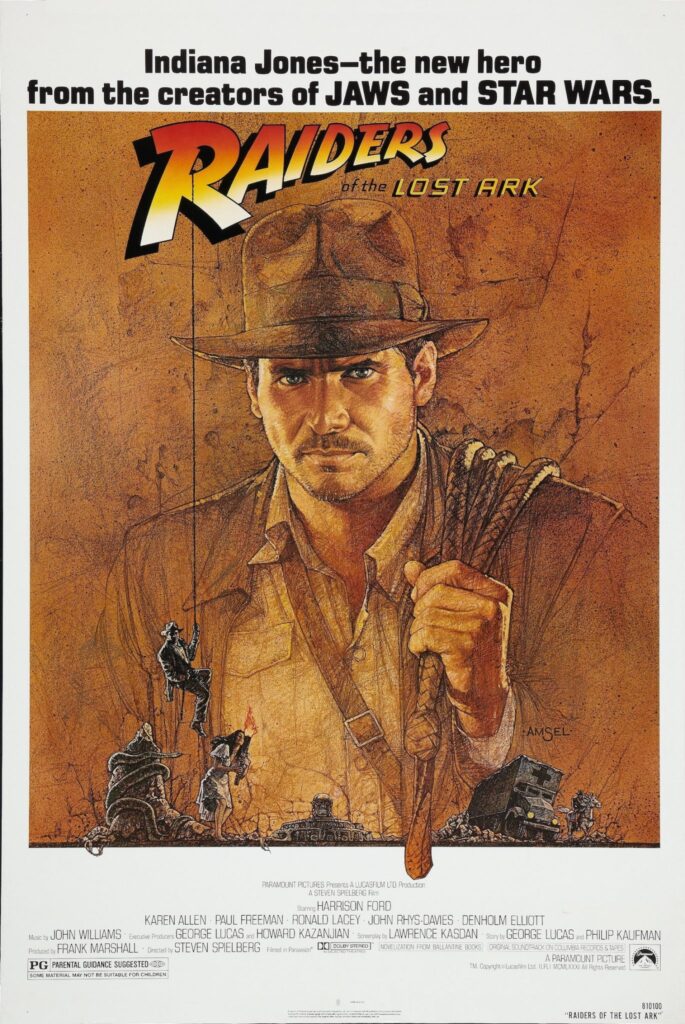 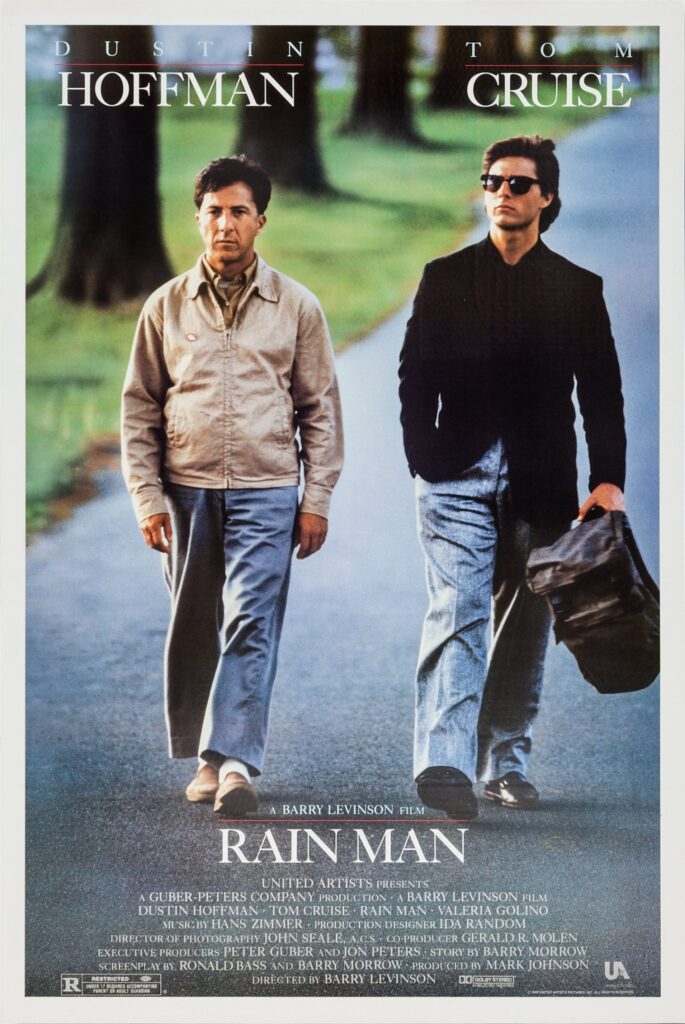 Return of the Jedi

The Star Wars series of films were actually some of the odd few films that stuck with using original painted designs over photogprahic backgrounds. The posters below for theatrical release of The Return of the Jedi show the continuation of movie poster artists using a painted image. The artwork for the US One Sheet was completed by Kazuhiko Sano with the desgin for the UK Quad being done by FEREF and artwork by John Kirby. 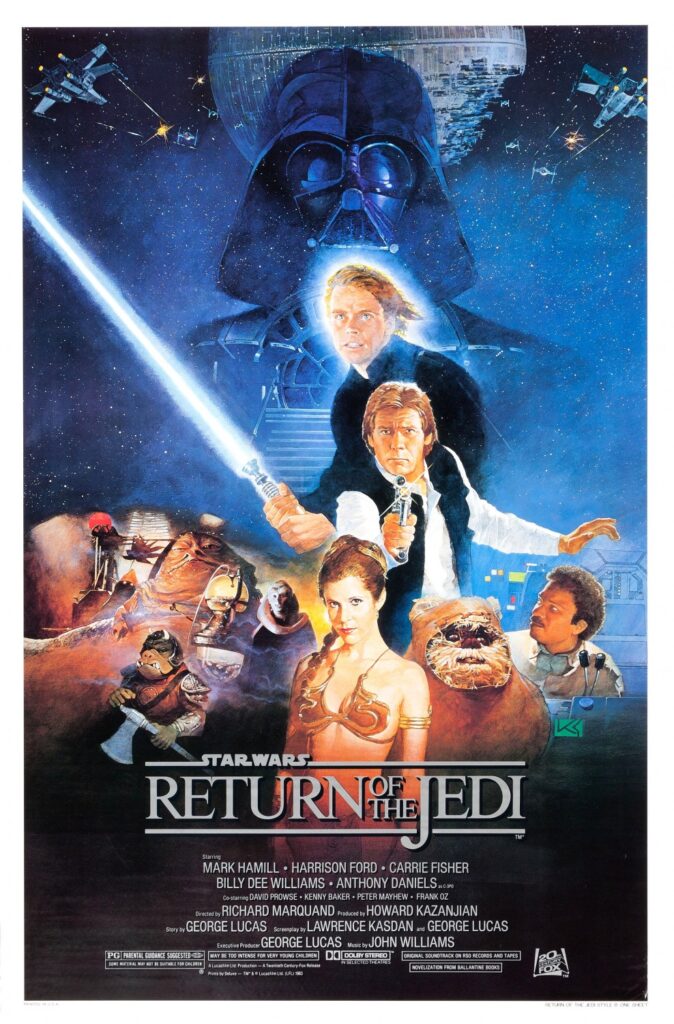 Return of the Jedi – US One Sheet 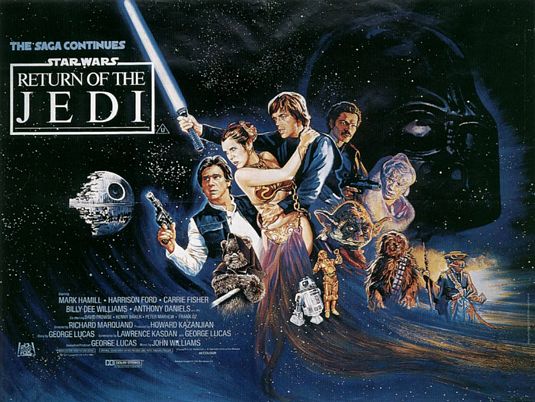 Return of the Jedi – UK Quad

With the introduction of computerised effects in the 1990s, posters began featuring fantastic images of exotic creatures and locations. However, remained reasonably formulaic: we’ve got the photographic backgrounds, with slogans at the top, and the names of headline actors sitting quietly above the name of the film, usually towards the bottom of the poster. 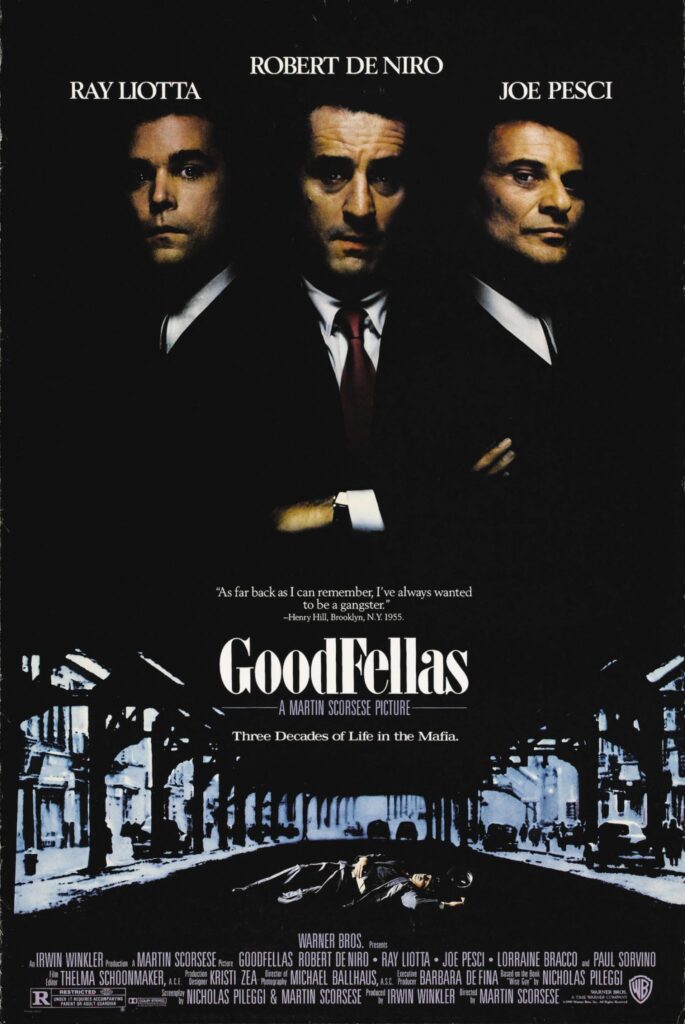 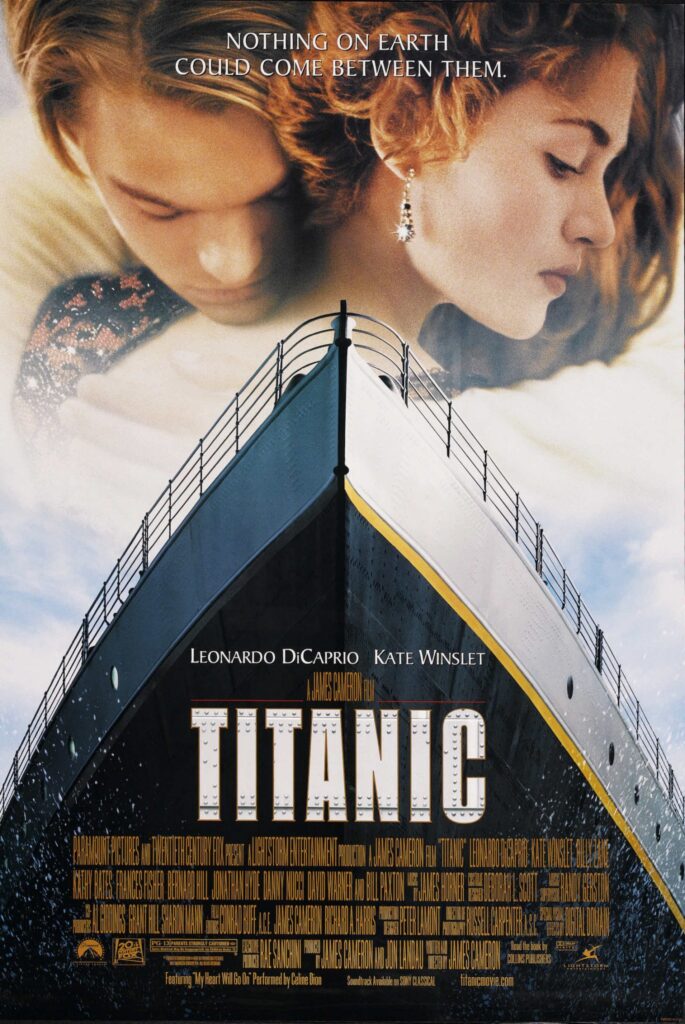 Through the 1980s and 1990s we see the evolution of movie posters slow down as designers hit on a series of winning layouts. In the 2000s we see incremental improvements to keep up with trends in typography and photography, but the layout often remains the same. Towards the end of the decade as minimalism comes into vogue, that influence can be seen in the posters of movies such as Up, The Dark Knight and Buried. It’s a move away from a more balanced layout that probably won’t prove to be particularly timeless — but it does cater to the trends of the day. 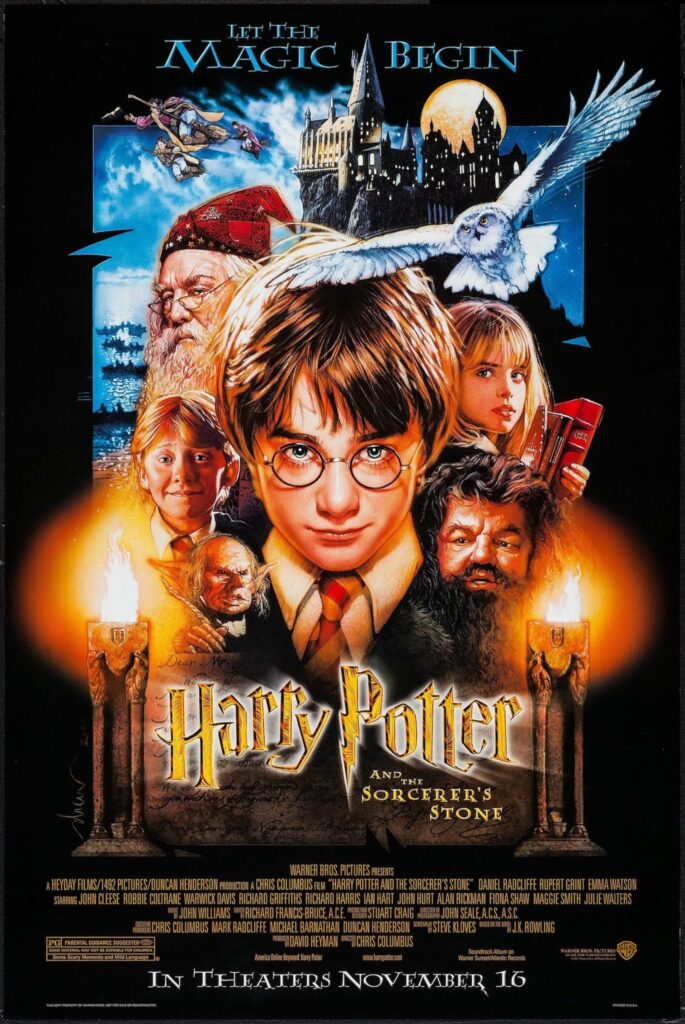 Harry Potter and the Sorcerer’s Stone (2001) 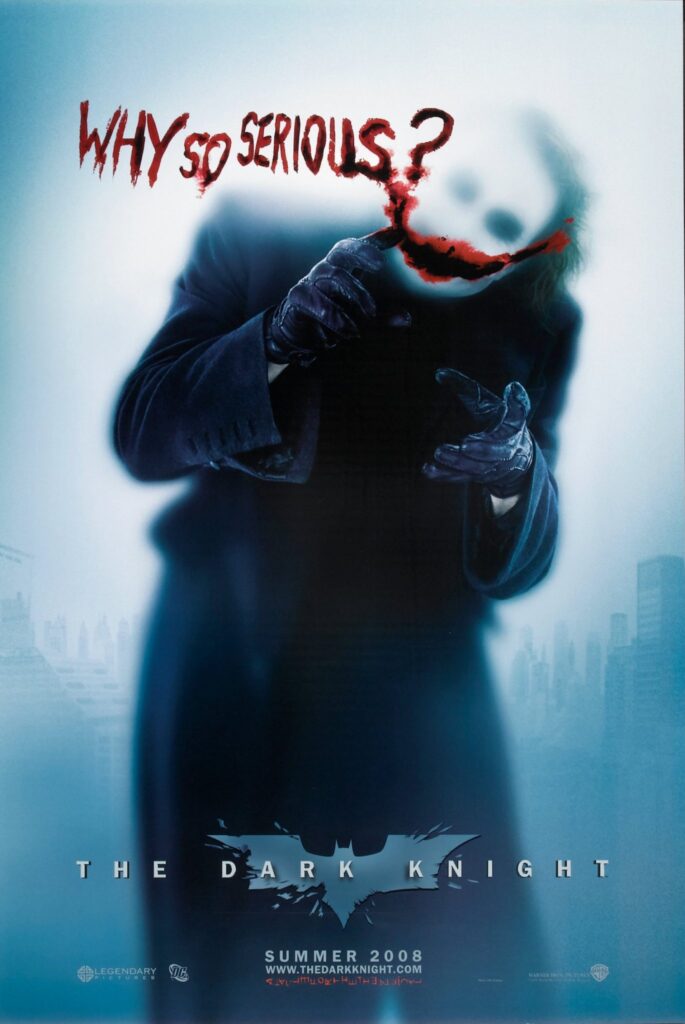 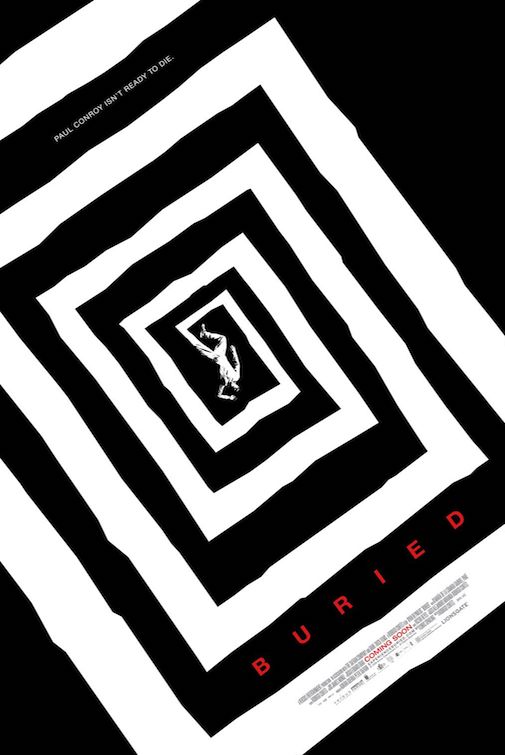