In this article, we discover the history of James Bond. With twenty-four James Bond movies and twelve novels released through five decades, we have seen James Bond sometimes depicted differently in Ian Flemings’ novel to his on-screen persona. Find out what and who Ian Fleming perceived as his ideal James Bond and the basis of the character.

It has been suggested that a number of real-life inspirations were used when British author, journalist and Naval Intelligence officer Ian Fleming first created the fictional character, James Bond. A former Commander in the Royal Navy who subsequently became a spy working for Her Majesty’s Secret Service, MI6, and armed with his Licence to Kill.

He first appeared in Ian Fleming’s 1953 novel Casino Royale and went on to appear in further twelve novels and nine short stories by Ian Fleming, as well as a number of continuation novels and twenty-six films, with seven actors playing Bond.

When I wrote the first one in 1953, I wanted Bond to be an extremely dull, uninteresting man to whom things happened; I wanted him to be a blunt instrument … when I was casting around for a name for my protagonist I thought by God, [James Bond] is the dullest name I ever heard.”
– Ian Fleming, The New Yorker, 21 April 1962 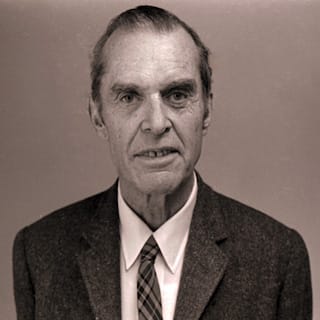 “It struck me that this brief, unromantic, Anglo-Saxon and yet very masculine name was just what I needed, and so a second James Bond was born”

When selecting a name for his protagonist, was inspired to use the name of American ornithologist James Bond. He was a bird expert and author of the field guide Birds of the West Indies; Ian Fleming, a keen birdwatcher himself, had a copy of James Bond’s guide lying on his coffee table and he later explained to the ornithologist’s wife that “It struck me that this brief, unromantic, Anglo-Saxon and yet very masculine name was just what I needed, and so a second James Bond was born”. He was obliquely referred to in the film adaptation Die Another Day where James Bond picked up a copy of Birds of the West Indies whilst posing as an ornithologist.

There was little information given about James Bond’s past until the release of You Only Live Twice, where M wrote an obituary shedding some light on his background. The age of James Bond was always inconsistent as Ian Fleming did not provide a date of birth, however, it’s clear that he is in his mid to late 30’s throughout the majority of the original series. 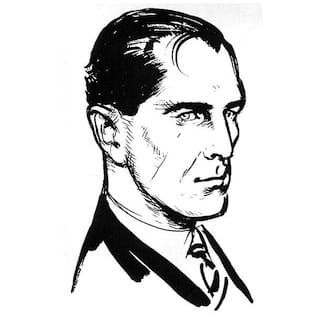 James Bond was born to a Scottish father called Andrew Bond and a Swiss mother Monique Delacroix. He was orphaned at 11 years old when his parents were killed in a mountain climbing accident. When Skyfall was released in 2006, we discovered more about his family history. James Bond takes M to Skyfall, his family estate and childhood home in the Scottish Highlands. This is the second time James Bond discusses the death of his parents in the series, the first was in Goldeneye.


Ian Fleming gave Bond both a sense of humour and a Scottish heritage reportedly based on Sean Connery’s performance in Dr No and was further influenced by his approach to the character in his later novels particularly with On Her Majesty’s Secret Service in 1963. 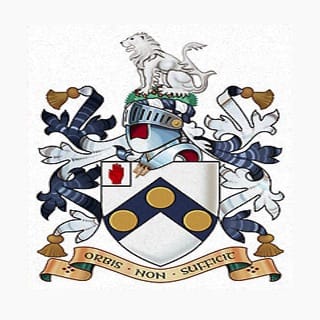 Following the death of his parents’, he went to live with his aunt, Miss Charmain where he attended Eton College. He was expelled from Eton after hooking up with a maid. Following this, he spent the next few years playing golf and skiing before joining the Royal Navy where he was promoted to the rank of Commander. After the war, he joined MI6 headed by M where to earn his 00 statuses was tasked with killing two enemy agents, a Japanese cypher clerk and a Norwegian double agent. This scenario was adapted, albeit with a few changes, in the officially sanctioned adaptation of Casino Royale (1967). 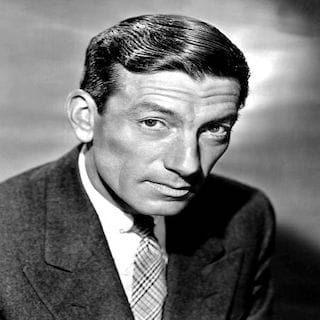 “certainly good-looking… Rather like Hoagy Carmichael in a way. That black hair falling down over the right eyebrow. Much the same bones. But there was something a bit cruel in the mouth, and the eyes were cold”.

James Bond’s physical description is similar to that of Ian Fleming himself, however, there are other details throughout the book that provide further insight into his description. He decided that Bond should also resemble American singer Hoagy Carmichael and in Casino Royale, Vesper Lynd comments, “Bond reminds me rather of Hoagy Carmichael, but there is something cold and ruthless”. Reference is also made in Moonraker when Special Branch Officer Gala Brand thinks that Bond is “certainly good-looking … Rather like Hoagy Carmichael in a way. That black hair falling down over the right eyebrow. Much the same bones. But there was something a bit cruel in the mouth, and the eyes were cold”.


In the novel From Russia with Love, we found out that James Bond is 6 feet tall and of a slim build, weights 76 kilograms, has a scar on his right cheek and black hair. This information was found in a file kept by the KGB.

James Bond, 007, the chain smoking, heavy drinking, womanising cold war hero who indulges in his vices to silence the demons brought on by his work as a government sanctioned killer. His attitudes and prejudices are very much a product of their time, as well as reflective of Ian Fleming’s smug aristocratic viewpoints. While much darker and aggressive than his cinematic counterpart, he is also given much more humanity in the novels. He is a man who gets tired, burned out and discouraged, yet always makes the effort to ensure the job is done effectively while protecting his friends and country. He is, without question, the best that Her Majesty’s Secret Service has to offer.

Ian Fleming wrote all his novels at his estate in Jamaica called, Goldeneye and only wrote during the months January and February each year.

When Ian Fleming had completed the manuscript for Casino Royale he gave it to his friends, who later became the editor, William Plomer to read. He liked the manuscript and submitted it to publishers, Jonathon Cape but they were not keen. They finally published the novel in 1953 on the recommendation of Ian Fleming’s older brother Peter whom himself was an established travel writer. Between 1953 and 1966, two years after his death, twelve novel and two short-story collections were published. His last two books, the Man with the Golden Gun and Octopussy and The Living Daylights were published posthumously.

The History of James Bond, 007

In this article, we discover the history of James Bond. With twenty-four James Bond movies and twelve novels released through five decades, we have seen James Bond sometimes depicted differently in Ian Flemings’ novel to his on-screen persona. Find out ...
Read More

James Bond Actors Through The Years

James Bond a pop culture icon born out of Ian Fleming’s spy novels and introduced to movie fans in 1962 with the release of the first 007 film, Dr No. Sean Connery, the first actor to play James Bond, embodied ...
Read More

In this article, we will discover the best James Bond Villains. With twenty-four James Bond movies released through five decades, Bond has met his fair share of villains. Who are the most memorable and iconic villains of the series, here ...
Read More

In 1962, a production company owned by Harry Saltzman and American Albert R. "Cubby" Broccoli, called Eon Productions released the first movie adaption of an Ian Fleming novel, Dr. No which starred Sean Connery as 007. To find out more ...
Read More

In this article, we will discover the best, most glamorous and iconic world of Bond girls. With twenty-four James Bond movies released through five decades, Bond has met his fair share of glamorous ladies. It all started with Ursula Andress ...
Read More

In this article, we will discover the most iconic, stylish and expensive cars of James Bond series. With twenty-four James Bond movies released through five decades, Bond has driven his fair share of exotic cars. It all started with the ...
Read More

In this article, we will discover the most memorable, iconic and sometimes crazy world of James Bond gadgets to from inside Q Branch. With twenty-four James Bond movies released through five decades, Bond has seen and used his fair share ...
Read More

From the legendary white Bikini worn by Honey Rider in Dr No to the sharp tailoring modelled by Pussy Galore in Goldfinger to Vesper Lynd’s dramatic ball gown worn in Casino Royale, we reveal the most iconic Bond Girl outfits ...
Read More