The film is based on an actual cross-country road race, the Cannonball Baker Sea-To-Shining-Sea Memorial Trophy Dash an event where anything goes, all-stops-out – and very much illegal. The road race held four times during the 70s and starts at the Red Ball Garage on 31st Street, New York City and ends at the Portofino Inn in Redondo Beach, California, Los Angeles. Later the start was held from the Lock, Stock and Barrel Restaurant in Darien, Connecticut.

It was organised by Brock Yates to raise awareness for his protest against the 55 mph speed limit in the United States. The Cannonball was named after Erwin G. “Cannonball” Baker, who in the roaring 1920s rode his motorcycle across the country. Many of the film characters are based on ruses developed by real Cannonball racers over the years that the event was run.

Brock Yates’ team was the only participant in the original 1971 Cannonball. In the March 1979 race, he formed one of 46 teams with director Hal Needham to compete with a 150MPH van converted into an ambulance, with LA doctor Lyell Royer, and Brock’s second wife, Pamela Reynolds, riding as the patient on the gurney. Unfortunately the ambulance never made it to the finish line as the transmission gave out 50 miles short of the Redondo Beach finish line. During the race the ambulance was stopped once, in Pennsylvania; an event that made it into the film, as did a cop stopping traffic in Kansas, exiting from a rodeo, to let the ambulance pass unimpeded. Both Brock Yates and Hal Needham played cameo roles in the film as a race official and EMT respectively, the ambulance was also featured.

The film continued a tradition that the director Hal Needham had started with Smokey and the Bandit II where he showed bloopers during the closing credits. Jackie Chan has said that this inspired him to do the same at the end of his films.

Cannonball Run was a huge commercial success and gross $72,179,579 in US box office receipts. This made it the 6th highest grossing film of 1981, behind Raiders of the Lost Ark, On Golden Pond, Superman II, Arthur and Stripes. Despite the commercial success, the film received negative reviews from the critics and the film was nominated for a Razzie Award for Worst Supporting Actress. 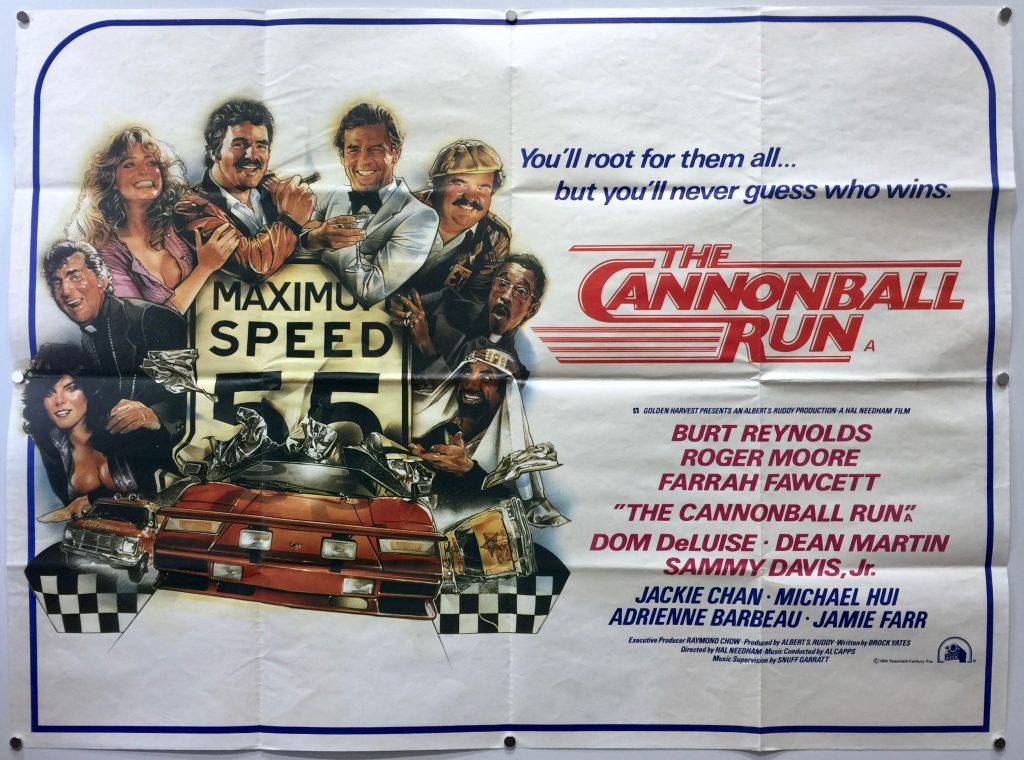