This was the last of the “formula” comedies for Reynolds. It is also marked the final feature film appearances of Dean Martin and Frank Sinatra. Their appearances, coupled with those of Sammy Davis, Jr. and Shirley MacLaine, marked the final on-screen appearance of the old Rat Pack team.

The Sheik who competed at the last Cannonball Run, is berated by his father for not winning it. So he tells him to go and win. Problem is that there is no Cannonball Run. So his father tells him to make one of his own. He puts up a million dollars as the prize. So former Cannonballers J.J. and his buddy Vince join, as does Blake and Fenderbaum and some other characters. But Blake and Fenderbaum owe a mobster some money and the mobster owes some other guy more. He then decides to grab the Sheik and hold him for ransom so he can pay the guy back. 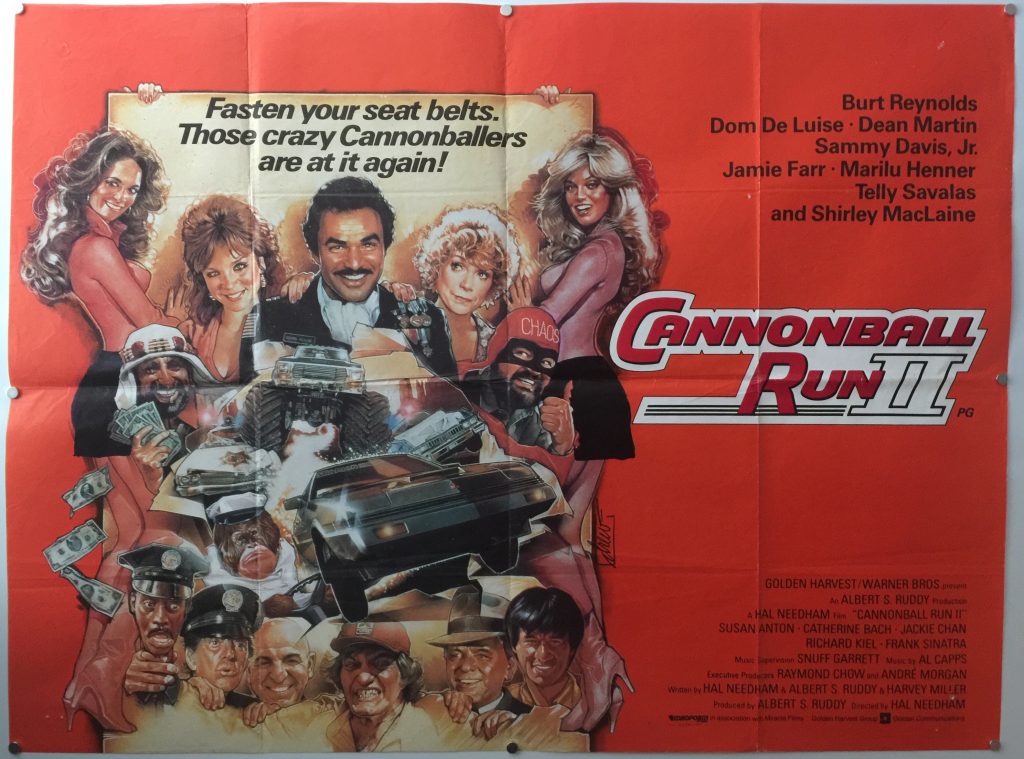