Caravan of Courage: An Ewok Adventure (also known as The Ewok Adventure) is a 1984 film based on the Star Wars series. It was directed by John Korty and it was co-produced by Thomas G. Smith and Patricia Rose Duignan with George Lucas working as an Executive Producer. The screenplay was written by Bob Carrau based on a story by George Lucas. It stars Eric Walker, Warwick Davis, Fionnula Flanagan, Guy Boyd and Aubree Miller.

The film is based on the struggles of a brother and sister, Mace and Cindel, who are stranded on Endor and are trying to locate their parents, Jeremitt and Catarine, who has been kidnapped by a monster known as the Gorax. Set in a timeframe between the A New Hope and Return of the Jedi and is the first of two spin-off films featuring Ewok from Return of the Jedi

The Ewok Adventure was an idea George Lucas had for a one-hour television special telling a story with the Ewoks. Following the television special that George Lucas had allowed six years earlier, Star Wars Holiday Special, he wanted to assume full control over the content and production of this film. This was because although the previous special was commercially successful it had proved to be an embarrassment to Lucas. When he pitched the film to the networks they were not interested in airing a film so short, however, ABC showed an interest but on the condition, it was padded out to fit into the two-hour movie of the week slot. 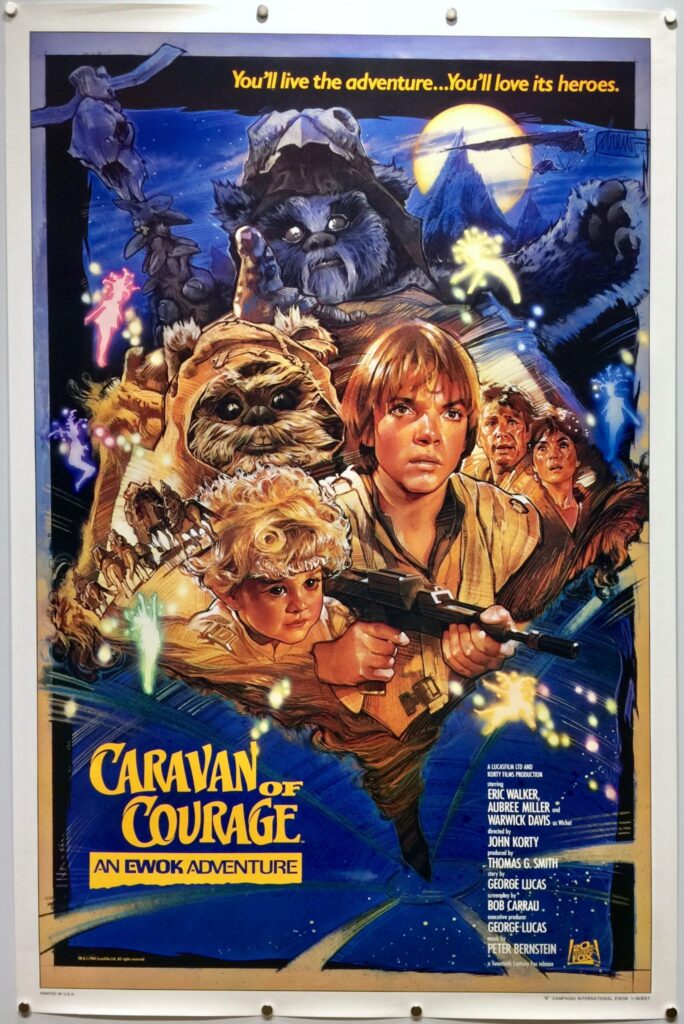