Chariots of Fire is a 1981 British historical drama film. It tells the fact-based story of two athletes in the 1924 Olympics: Eric Liddell, a devout Scottish Christian who runs for the glory of God, and Harold Abrahams, an English Jew who runs to overcome prejudice.

It’s the post-WWI era. Britons Harold Abrahams and Eric Liddell are both naturally gifted fast sprinters, but approach running and how it fits into their respective lives differently. The son of a Lithuanian-Jew, Harold, who lives a somewhat privileged life as a student at Cambridge, uses being the fastest to overcome what he sees as the obstacles he faces in life as a Jew despite that privilege. In his words to paraphrase an old adage, he is often invited to the trough, but isn’t allowed to drink. His running prowess does earn him the respect of his classmates, especially his running teammates, and to some extent the school administration, if only he maintains what they consider proper gentlemanly decorum, which isn’t always the case in their minds. Born in China the son of Christian missionaries, Eric, a Scot, is a devout member of the Church of Scotland who eventually wants to return to that missionary work. He sees running as a win-win in that the notoriety of being fast gives him.

The film was conceived and produced by David Puttnam, written by Colin Welland, and directed by Hugh Hudson. It was nominated for seven Academy Awards and won four, including Best Picture and Best Screenplay. It is ranked 19th in the British Film Institute’s list of Top 100 British films. The film is also notable for its memorable instrumental theme tune by Vangelis, who won the Academy Award for Best Original Score.

The film’s title was inspired by the line, “Bring me my chariot of fire,” from the William Blake poem adapted into the popular British hymn “Jerusalem”; the hymn is heard at the end of the film.[3] The original phrase “chariot(s) of fire” is from 2 Kings 2:11 and 6:17 in the Bible. 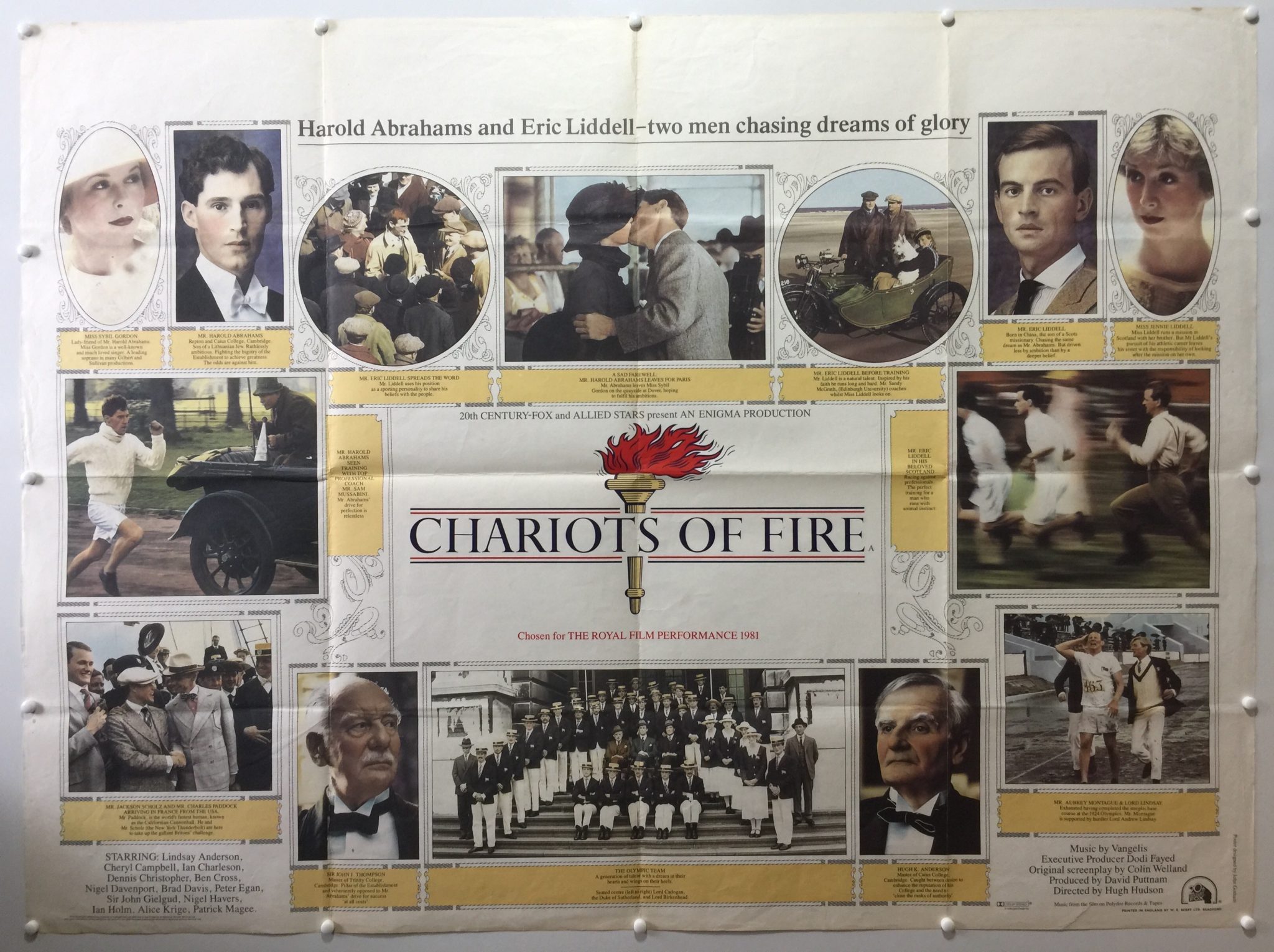