Cliffhanger is a 1993 film directed by Renny Harlin and starring Sylvester Stallone, Michael Rooker, Janine Turner, and John Lithgow. Based on a concept by climber John Long, the film follows Gabriel Walker known as Gabe (played by Sylvester Stallone, who co-wrote the screenplay) a mountain climber who becomes embroiled in the failed heist of a U.S. Treasury plane flying through the Rocky Mountains.

The production company, Carolco Pictures, had originally cast Sylvester Stallone to appear with John Candy in a comedy directed by John Hughes. When that film was dropped, Stallone was persuaded to appear in Cliffhanger instead. The film was a huge commercial success and earned $255m in worldwide box office receipts although due to serious debt issues, Carolco, had exchanged distribution rights for financing the film’s budget. As a result, Carolco actually received very little in gross box office receipts.

Cliffhanger is in the Guinness Book of World Records for the costliest aerial stunt ever performed. Stuntman Simon Crane was paid $1m to perform the aerial transfer scene, where he crossed between two planes at an altitude of 15,000 feet (4,600 m).

Whilst crossing a ledge, 4000ft up, Gabe’s friend’s equipment fails to work and she slips out of his hand, falling to the ground. It is almost a year after Gabe loses his friend and is asked to go back to the same mountain range to rescue a group of ‘stranded’ people. The only catch is that these so called ‘stranded’ people are in fact a group of criminals led by Eric Qualen. Following a plane, hijacking to steal $100m en route to a Denver credit union.

Their plan to transfer the money mid-air to collaborators in another plane goes wrong, and the hijackers crash land and lose the money in the surrounding mountains. They radio for help, and former ranger Gabe Walker and his partner Hal Tucker answer the call. Qualen and his men have a high-tech tracking device that shows them the locations of the missing money, but they need help travelling through the mountains, so they force Gabe and Hal to be their guides.

Forced to scale a rock face in the middle of a snow storm, Gabe grabs some of the money and escapes. Gabe knows Qualen will kill Hal as soon as he has the remaining cash, so, with fellow ranger Jessie Deighan, Gabe tries to reach the money before Qualen does. 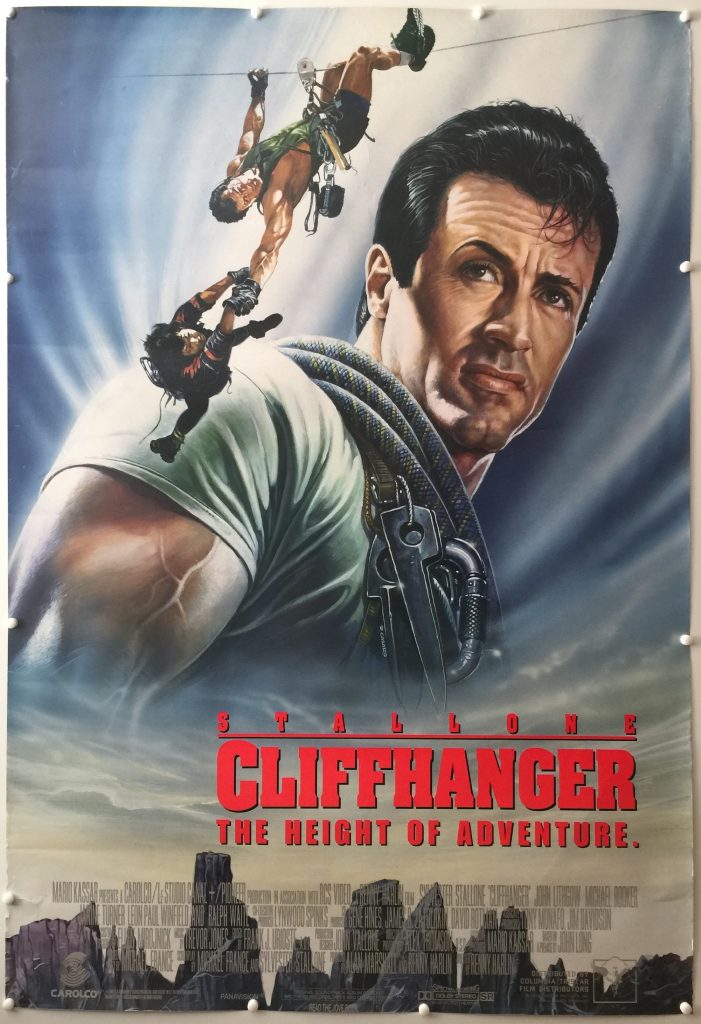