The storyline is set eight years after the events of The Dark Knight, and with Batman’s tarnished reputation after taking the blame for Two-Face murderous rampage, a merciless revolutionary called Bane forces an older Bruce Wayne to resume his role as Batman and save Gotham City from nuclear destruction.

Principal photography started in Jodhpur, India at the Mehrangarh Fort before moving to Pittsburgh, where it operated under the working title Magnus Rex to reduce the visibility of the production. In Pittsburgh scenes were filmed at the stadium Heinz Field, home of the Pittsburgh Steelers who appeared as the Gotham Rogues football team and more than 11,000 extras. Additional filming took place in locations including London, Nottingham, Glasgow, Los Angeles, New York City and Newark.

Christopher Nolan was hesitant about returning to the series for a second time, but agreed after developing a story with his brother and Goyer that he felt would conclude the series on a satisfactory note. Nolan drew inspiration from Bane’s comic book debut in the 1993 Knightfall storyline, the 1986 series The Dark Knight Returns, and the 1999 storyline No Man’s Land.

When The Dark Knight Rises was released it received positive reviews from critics. On Rotten Tomatoes it holds a 87% rating with the consensus “The Dark Knight Rises is an ambitious, thoughtful, and potent action film that concludes Christopher Nolan’s franchise in spectacular fashion”.

Roger Ebert gave the film three out of four stars, stating “the film begins slowly with a murky plot and too many new characters, but builds to a sensational climax.”[197] Film critic Richard Roeper gave the film an “A”, calling it “a majestic, gorgeous, brutal and richly satisfying epic”, and citing the final scenes of the picture as “the best five minutes of any film this year”.

Commercially, The Dark Knight Rises was a huge box office success. Produced on an estimated production budget of $250m, it took $160,887,295 on its opening weekend release in the US. It went on to take $1,084,939,099 in total worldwide box office receipts.

The Dark Knight Rises received numerous nominations and awards, in total the film received 101 nominations in various categories and won 38 of them. 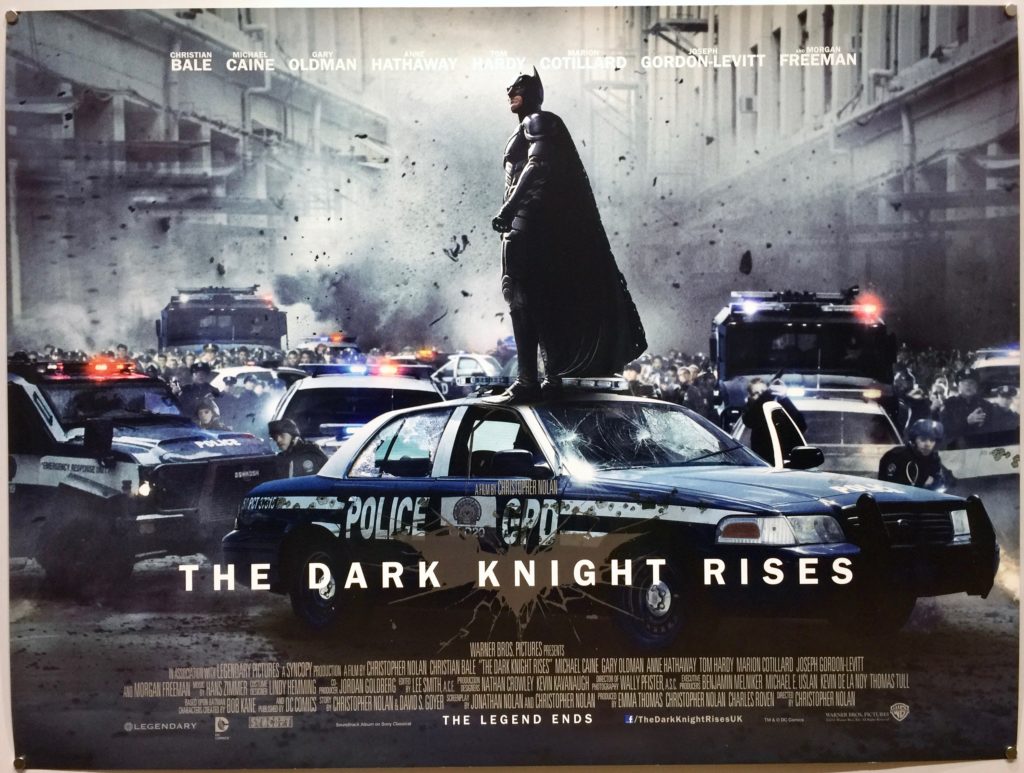