During its release, D.A.R.Y.L. failed to make into the Top 5 box office. It received mixed critical reviews with a critic for The New York Times describing it as “The best that can be said about D.A.R.Y.L…. is that it’s inoffensive”. In his review for Entertainment Tonight, Leonard Maltin said, “This is one of the blandest movies I’ve seen all year. No punch. No surprises. No juice, especially in the way it’s directed”.

However, produced on an estimated budget of $12m the film was a commercial success with worldwide box office receipts of $25m. 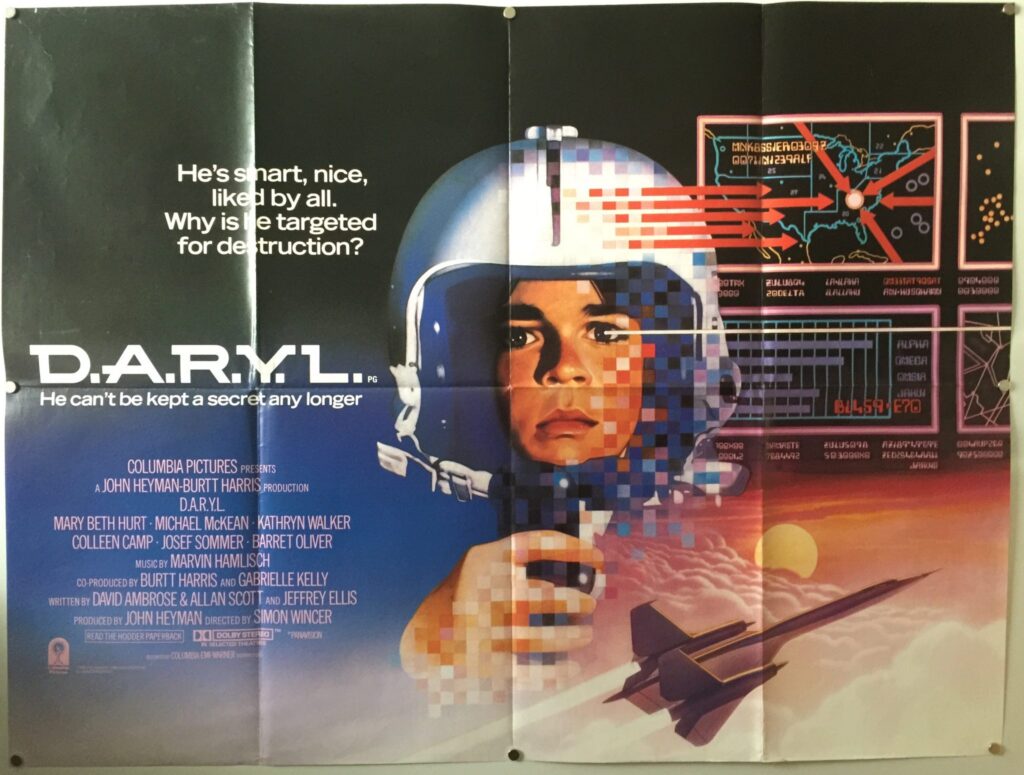 Type of Poster
Quad
Style of Poster
Final
Origin of Poster
UK
Year of Poster
1985
Designer
Unknown
Artist
David Jarvis
Size (Inches)
40″ x 30″
NSS # / Printer Markings
None
Tagline
He’s smart, nice, liked by all.
Why is he targeted for destruction?
D.A.R.Y.L.
He can’t be kept a secret any longer