DILLINGER US ONE SHEET

The storyline is set in 1933 during the Great Depression. Following the Kansas City Massacre where several law-enforcement officers are killed, FBI field office chief Melvin Purvis decides to personally hunt down the men he deems responsible. John Dillinger and his gang’s bank robbing exploits make them something of folk heroes. Escaping from jail he finds Pretty Boy Floyd and Baby Face Nelson have joined the gang and pretty soon he is Public Enemy Number One. Now the G-men really are after him.

Principle photography was primarily filmed in Oklahoma. Several local landmarks were used in the filming from Jet, Nash, Jefferson, and Enid, Oklahoma in the North, to Ardmore, the Chickasaw Country Club which served as Dillinger’s Wisconsin hideout, and the old iron truss bridge near Mannsville, Oklahoma in the south, the Skirvin Tower ballroom, and the Midwest Theater in downtown Oklahoma City, filling in as the Biograph.

Before J. Edgar Hoover’s death in 1972 he denounced the glamorisation of gangsters shown in Dillinger. His message which says, “Dillinger was a rat that the country may consider itself fortunate to be rid of, and I don’t sanction any Hollywood glamorisation of these vermin. This type of romantic mendacity can only lead young people further astray than they are already, and I want no part of it”. The note is read after the end credits by voice actor, Paul Frees

Commercially, Dillinger was a financial success. I am unable to find some financial details, notably its opening weekend receipts. Produced on an estimated production budget of $1m, it went onto achieved total worldwide box office receipts of $2,000,000. 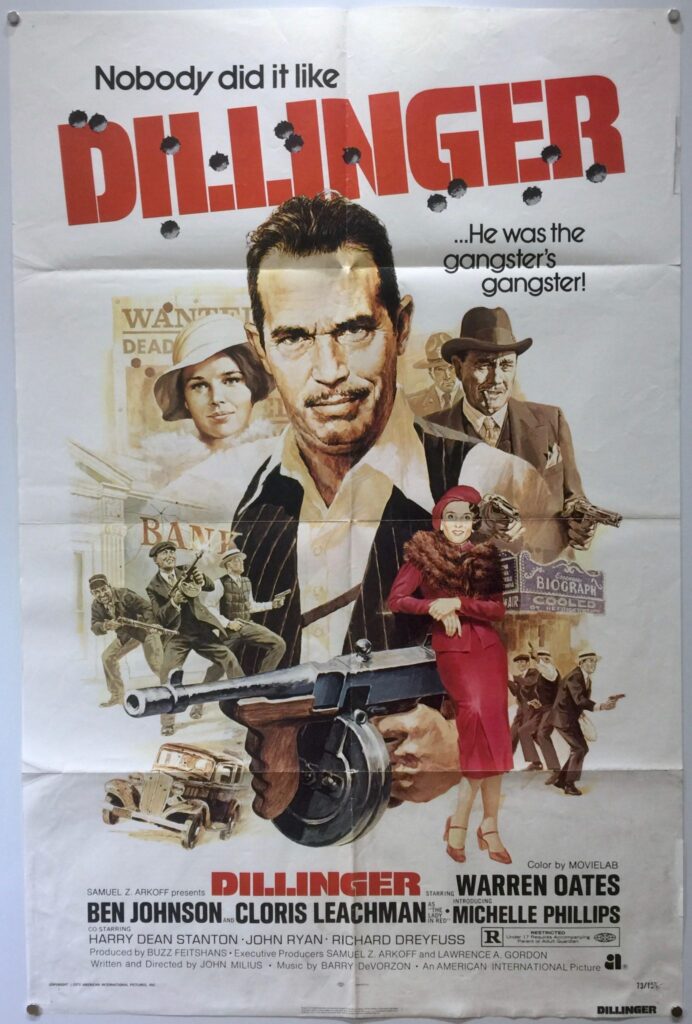