The Dirty Dozen is a 1967 film directed by Robert Aldrich, released by MGM, and starring Lee Marvin. The picture was filmed in the United Kingdom and features an ensemble supporting cast including Ernest Borgnine, Charles Bronson, Jim Brown, John Cassavetes, Telly Savalas, Robert Webber, and Donald Sutherland. The film is based on E. M. Nathanson’s novel of the same name that was inspired by a real-life group called the “Filthy Thirteen”. In 2001, the American Film Institute placed the film at number 65 on their 100 Years… 100 Thrills list.

US Army Major John Reisman, based in London, is an inventive man who often thinks outside the box which causes many problems in the structured military. In March 1944, he is assigned, or as his superiors put it volunteers for a near suicide mission. Prior to the Allied forces invading continental Europe, he and his team, who he will train personally with Sergeant Bowren as his second in command, will infiltrate a highly fortified and guarded French château being used by the Nazis as respite house and meeting place primarily for high ranking German officers, kill as many of the officers as possible and take out the communications tower. His squad will consist of twelve of the most heavily sentenced GI convicts, many whose sentence is death. They become known as The Dirty Dozen. Reisman, who doesn’t like the assignment because of the involvement of the convicts, adds one caveat to doing this job: that the convicts have their sentences commuted if they survive. Reisman quickly learns that besides a resentment to authority, the twelve convicts are a disparate group, each with their own button issues and motivations. Reisman not only has to get them to cooperate but work as a team, which includes having a zero tolerance policy for the group as a whole on issues such as escape attempts while under his command. Even if he can achieve these goals, Reisman also faces the obstacle of Colonel Everett Breed, who is the antithesis of Reisman and who will be at the parachute training base at the same time as Reisman’s squad, for which Breed has disdain. 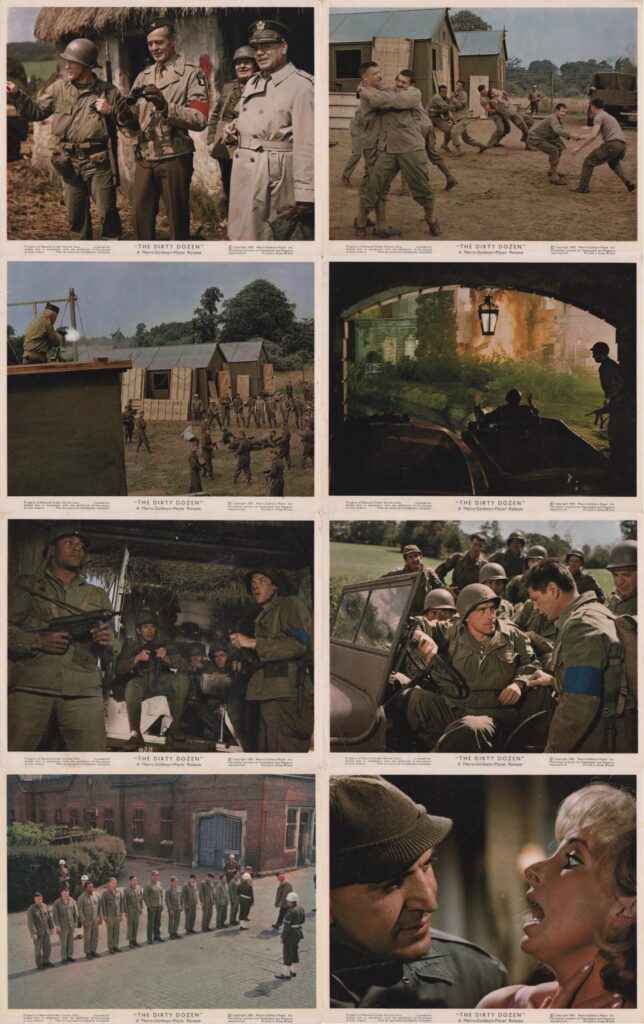