Dredd is a film directed by Pete Travis and written and produced by Alex Garland, Andrew Macdonald and Allon Reich. It is based on the 2000 AD comic strip Judge Dredd and its eponymous character created by John Wagner and Carlos Ezquerra.

The future America is an irradiated waste land. On its East Coast, running from Boston to Washington DC lies Mega City One – a vast, violent metropolis where criminals rule the chaotic streets. The only force of order lies with the urban cops called “Judges” who possess the combined powers of judge, jury and instant executioner. Known and feared throughout the city, Dredd (Karl Urban) is the ultimate Judge, challenged with ridding the city of its latest scourge – a dangerous drug epidemic that has users of “Slo-Mo” experiencing reality at a fraction of its normal speed. During a routine day on the job, Dredd is assigned to train and evaluate Cassandra Anderson (Olivia Thirlby), a rookie with powerful psychic abilities thanks to a genetic mutation. A heinous crime calls them to a neighbourhood where fellow Judges rarely dare to venture – a 200 storey vertical slum controlled by prostitute turned drug lord Ma-Ma (Lena Headey) and her ruthless clan. When they capture one of the clan’s inner circle, Ma-Ma overtakes the compound’s control centre and wages a dirty, vicious war against the Judges that proves she will stop at nothing to protect her empire. With the body count climbing and no way out, Dredd and Anderson must confront the odds and engage in the relentless battle for their survival.

Garland began writing the script in 2006, although the development of a new Judge Dredd film adaptation, unrelated to the 1995 film Judge Dredd, was not announced until December 2008. Produced by British studio DNA Films, Dredd began principal photography, using 3D cameras throughout, in November 2010. Filming took place on practical sets and locations in Cape Town and Johannesburg.

Dredd was released on 7th September 2012 in the United Kingdom and on 21st September 2012 worldwide. Critics were generally positive about the film’s visual effects, casting and action, while criticism focused on excessive violence as well as a perceived lack of the satirical elements that are found in the source comic. Despite the positive critical response, the film earned just over $41 million at the box office on an estimated budget of $35 million. Dredd saw greater success following its home release and has since been recognised as a cult film. The theatrical gross made a sequel unlikely, but home media sales and fan efforts endorsed by 2000 AD’s publisher Rebellion have maintained the possibility of a second film. 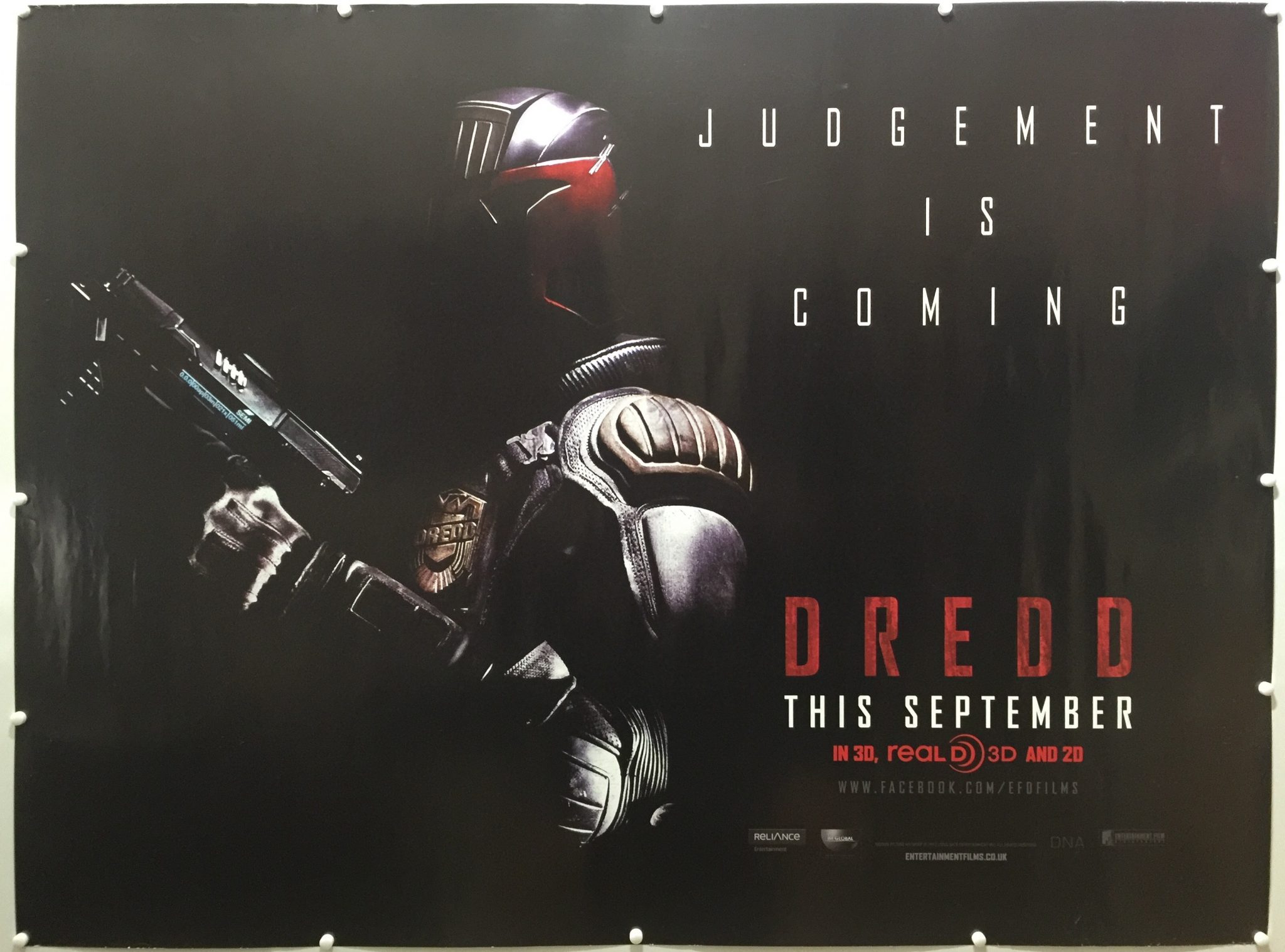