The film opened the 72nd Venice International Film Festival on 2nd September 2015. It is based on the real events of the 1996 Mount Everest disaster, and focuses on the survival attempts of two expedition groups, one led by Rob Hall (Jason Clarke) and the other by Scott Fischer (Jake Gyllenhaal). Kormákur, Universal, Walden Media, Cross Creek and Working Title dedicated the 3D film to the late British actress Natasha Richardson.

It was first released in IMAX 3D on 11th September 2015, in the UK and in IMAX 3D, RealD 3D, and 2D internationally the following week. The film received positive reviews from critics and grossed $202,394,678 worldwide.

Mountaineer Robert Hall from New Zealand, begun guiding amateur climbers to the summit of Mount Everest in 1992. His company, Adventure Consultants, successfully led 19 climbers to the summit without a single fatality. The 1996 Everest expedition consisted of eight climbers and three guides and was for a magazine story about the commercialisation and the increasing demand for expeditions to Everest. On the morning of the 10th May 1996, Rob’s team was joined by Scott Fischer’s Mountain Madness company, on a joint expedition to start their final ascent toward the summit of Mount Everest, the highest point on Earth. With little warning, a violent storm strikes the mountain, engulfing the adventurers in one of the fiercest blizzards ever encountered by man. Challenged by the harshest conditions imaginable, the teams must endure blistering winds and freezing temperatures in an epic battle to survive against nearly impossible odds. 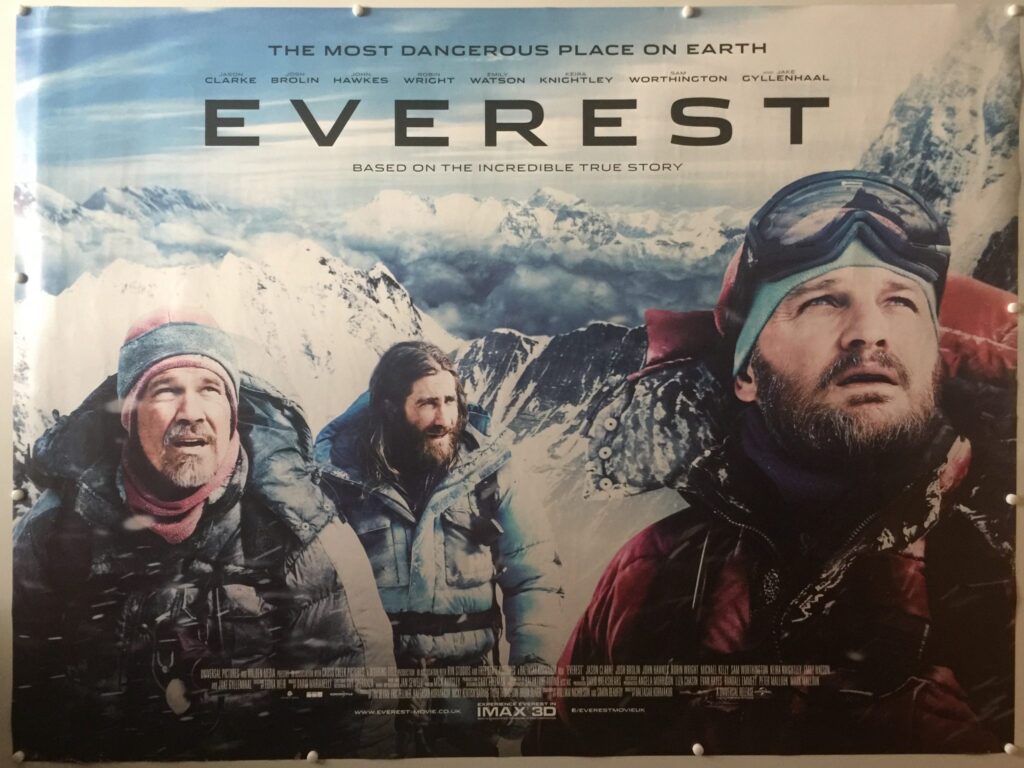