Flash Gordon is a 1980 British space opera action film filmed in Technicolor and Todd-AO, based on the King Features comic strip of the same name created by Alex Raymond. The film was directed by Mike Hodges, and produced by Dino De Laurentiis. It stars Sam J. Jones, Melody Anderson, Topol, Max von Sydow, Timothy Dalton, Brian Blessed, and Ornella Muti. The screenplay was written by Lorenzo Semple, Jr., with a story adaptation by Michael Allin. It intentionally uses a camp style similar to the 1960s TV series Batman (for which Semple had developed and written many episodes) in an attempt to appeal to fans of the original comics and serial films. Although a box office success in the UK, it performed poorly overseas. The film is notable for its soundtrack composed, performed and produced by the rock band Queen, with the orchestral sections by Howard Blake. The film has since gained a significant cult following. 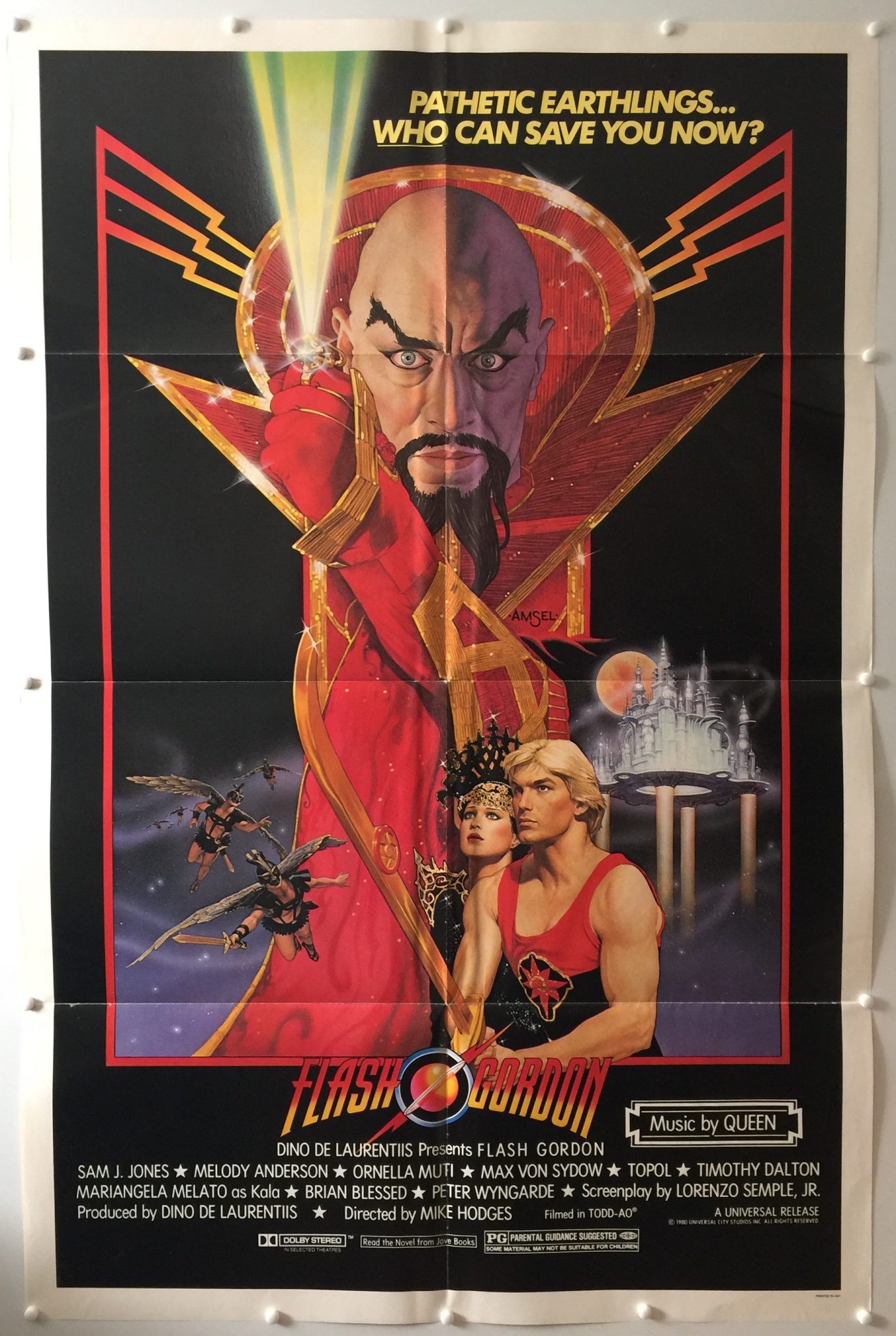