Prompted by the success of John Carpenter’s Halloween, the film was made on an estimated budget of $550,000 and released by Paramount Pictures in the United States and by Warner Bros. in Europe. When originally released, the film received negative reviews from film critics. It grossed over $39.7 million at the box office in the United States. In the years that followed, the film has received much more positive retrospective reviews, and it has become a cult classic. It was also the first movie of its kind to secure distribution in the US by a major studio, Paramount Pictures. The film’s box office success led to a huge horror franchise that comprises twelve slasher films, a crossover with the A Nightmare on Elm Street franchise, a 2009 series reboot, a television show, novels, comic books, a video game, and tie‑in merchandise, as of 2016.

In 1957, at Camp Crystal Lake, a young boy named Jason Voorhees drowned. In 1958, two camp counsellors were murdered. In 1962, fires and bad water thwarted the camp’s reopening. Now, in 1979, Steve Christy finally reopens Camp Crystal Lake with the help of a few new counsellors. Ignoring the warnings from a crazy old man, the murders start once again while a mysterious stalker prowls the area. Is it revenge that the killer is looking for? Who will survive the nightmare and live to tell the story? 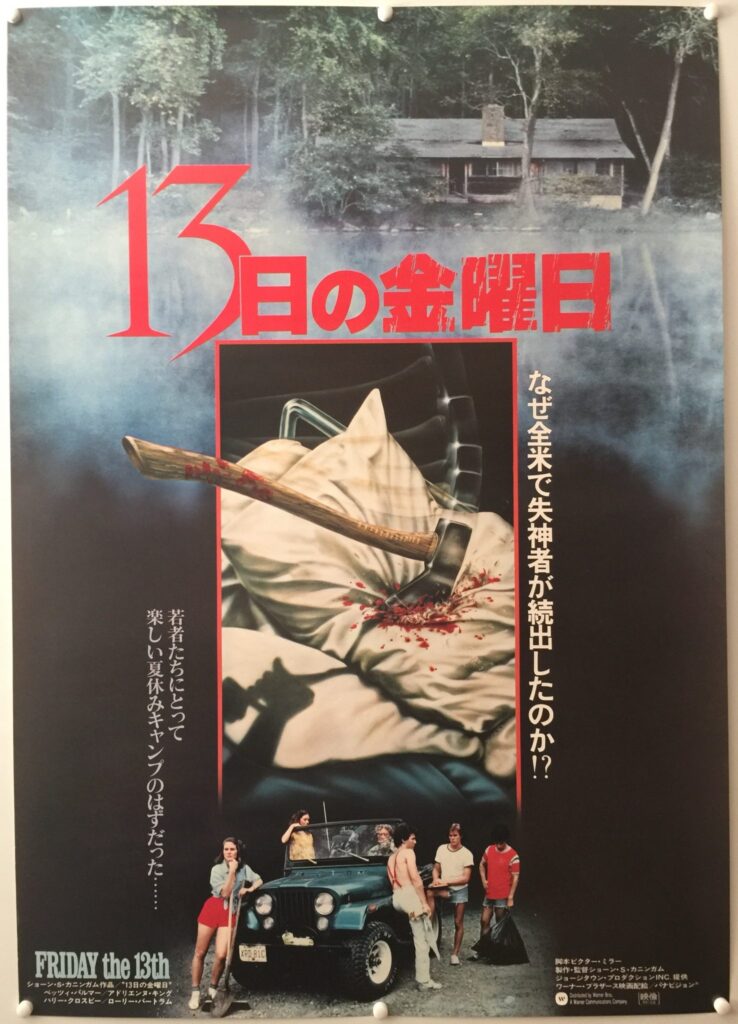