Futureworld is a 1976 film directed by Richard T. Heffron and written by Mayo Simon and George Schenck. It is a sequel to the 1973 Michael Crichton film Westworld. The second instalment in the Westworld film series, the film stars Peter Fonda, Blythe Danner, Arthur Hill, Stuart Margolin, John Ryan, and Yul Brynner, who makes a cameo appearance in a dream sequence. Other than Brynner, none of the cast members from the original film appear, and original writer-director Crichton was not involved.

The film attempted to take the plot in a different direction from Westworld, but it was not generally well received by the critics. It was made by American International Pictures (its predecessor was made by Metro-Goldwyn-Mayer, which later bought AIP’s successors Orion Pictures).

Afterward, there was a short-lived television series called Beyond Westworld.

It has been several years since the disaster at the Delos resort and the events of Westworld, and Delos is ready to reopen, replacing Westworld with the new “Futureworld,” which is getting rave reviews. However, one of Delos’s most famous critics, reporter Chuck Browning, is still not convinced that Delos has cleaned up its act, especially after an informant with inside information about Delos is murdered. Chuck teams up with fellow reporter Tracy Ballard and goes to Delos to find out why his source was killed. What they discover is beyond any of their imaginations. 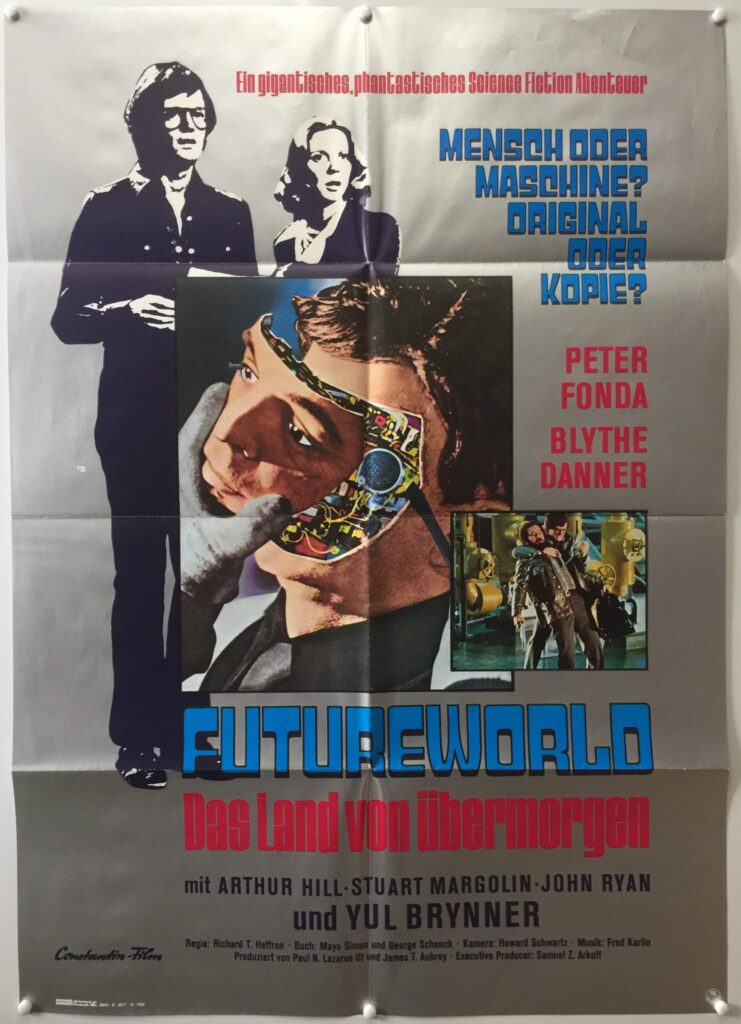