It’s 1949 Los Angeles, and gangster Mickey Cohen has moved in, with the intention of controlling all criminal activity in the city. He has bought local judges and police, and no one is willing to cross him or testify against him. Everyone except Sergeant John O’Mara, a former World War II soldier, whose goal is to settle with his family in a peaceful Los Angeles. Police Chief William Parker decides to form a special unit whose mission is to take down Cohen, and chooses O’Mara to lead the unit. O’Mara chooses 4 cops and asks another cop and vet, Jerry Wooters to join him but Wooters is not interested. But when he witnesses the murder of a young boy by Cohen’s people, he joins them, and they decide to take apart Cohen’s organisation. Cohen wonders if a rival is going after him, but eventually he realises it’s the cops.

It was originally set to be released September 7, 2012, but in the wake of the 2012 Aurora shooting, the release date was changed to January 11, 2013 by Warner Bros. Pictures. When in fact the film, the characters, and the events are mostly fictionalised, the LAPD did have a unit called the “Gangster Squad” which was created when Clemence B. Horrall was the LAPD’s Chief of Police. A similar theme is the basis of a 1996 film, Mulholland Falls, which Nolte also appeared in, and a 2013 television miniseries, Mob City. 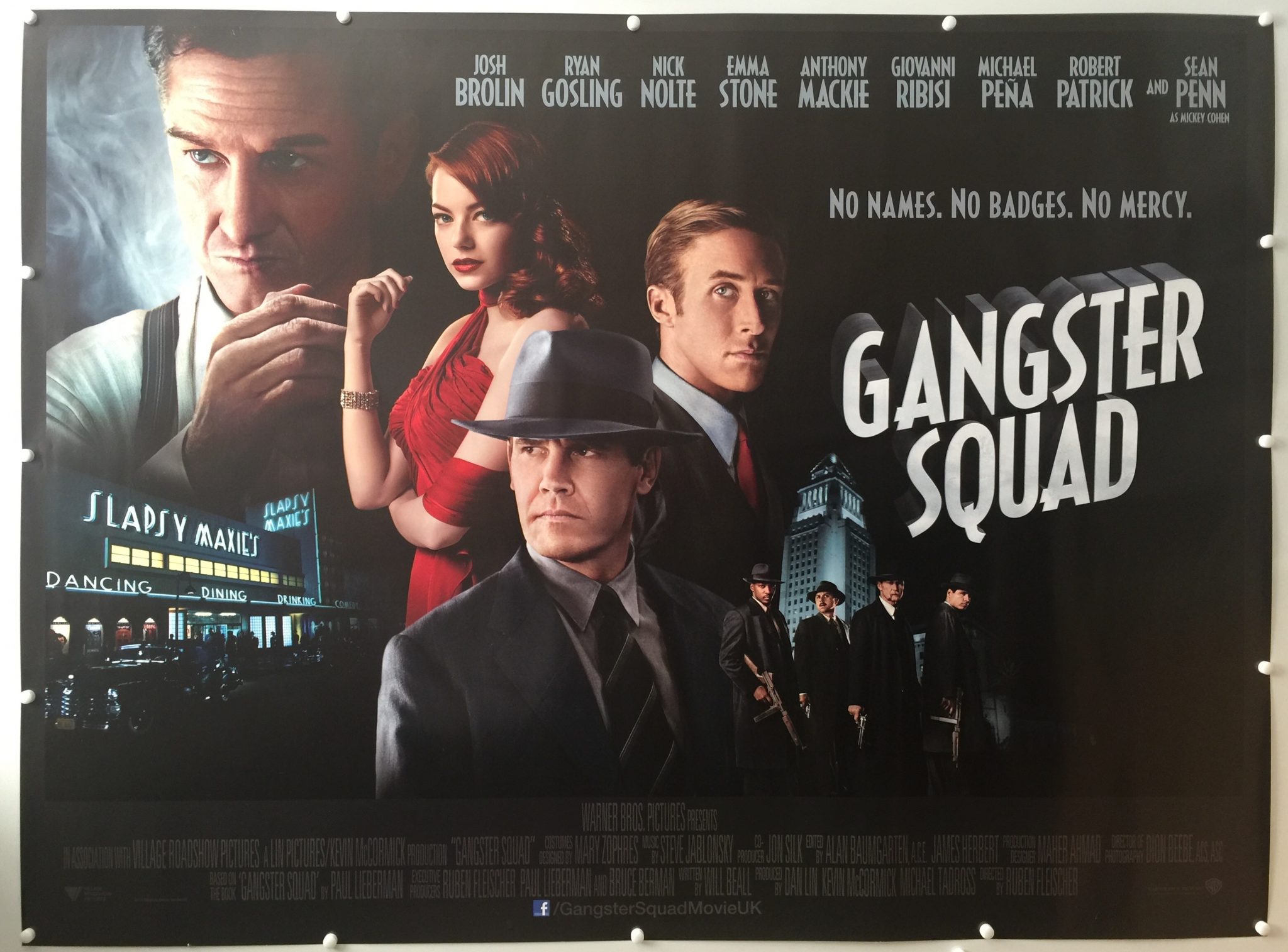