Ghost in the Shell is a 2017 film directed by Rupert Sanders. It was co-produced by Avi Arad, Ari Arad, Steven Paul and Michael Costigan. The screenplay was written by Jamie Moss, William Wheeler and Ehren Kruger based on the Japanese manga series, Ghost in the Shell (known in Japan as Mobile Armored Riot Police 攻殻機動隊) by Masamune Shirow. The film stars Scarlett Johansson, Takeshi Kitano, Michael Pitt, Pilou Asbæk, Chin Han and Juliette Binoche.

The storyline is set in the near future, Major Motoko Kusanagi is the first of her kind: A human saved from a terrible terrorist attack, who is cyber-enhanced to be a perfect soldier devoted to stopping the world’s most dangerous criminals. When terrorism reaches a new level that includes the ability to hack into people’s minds and control them, Major Kusanagi is uniquely qualified to stop it. As she prepares to face a new enemy, Major Kusanagi discovers that she has been lied to: her life was not saved, it was stolen. She will stop at nothing to recover her past, find out who did this to her and stop them before they do it to others.

When Ghost in the Shell was released it received mixed critical reviews. On Rotten Tomatoes the consensus was, “Ghost in the Shell boasts cool visuals and a compelling central performance from Scarlett Johansson, but the end result lacks the magic of the movie’s classic source material.” Nicholas Barber of the BBC describes the film as “conceptually and visually breathtaking”, being an elaborately designed and detailed dystopia which seems disturbingly real. Michael Phillips of the Chicago Tribune gave the film 3/4 and said, “This isn’t jokey, quippy science fiction; true to the source material, it’s fairly grave about the implications of an android-dominated culture, though of course Ghost in the Shell is also about giant mecha spiders equipped with machine guns.”

One of the more critical reviews from Manohla Dargis of The New York Times expressed disappointment at the absence of the original’s “big, human, all-too-human questions” in contrast to the retention of action clichés such as chases and gun fights. Dargis also criticised the absence of the unique setting, stating that “The original manga takes place in what’s described as a “strange corporate conglomerate-state called ‘Japan,’ while this movie unwinds nowhere, in particular, just a universal megalopolis filled with soaring grey towers.” Brian Truitt of USA Today gave the film 1.5/4, stating: “Ghost in the Shell is a defective mess with lifeless characters, missed chances for thematic exploration and a minefield of political incorrectness.” 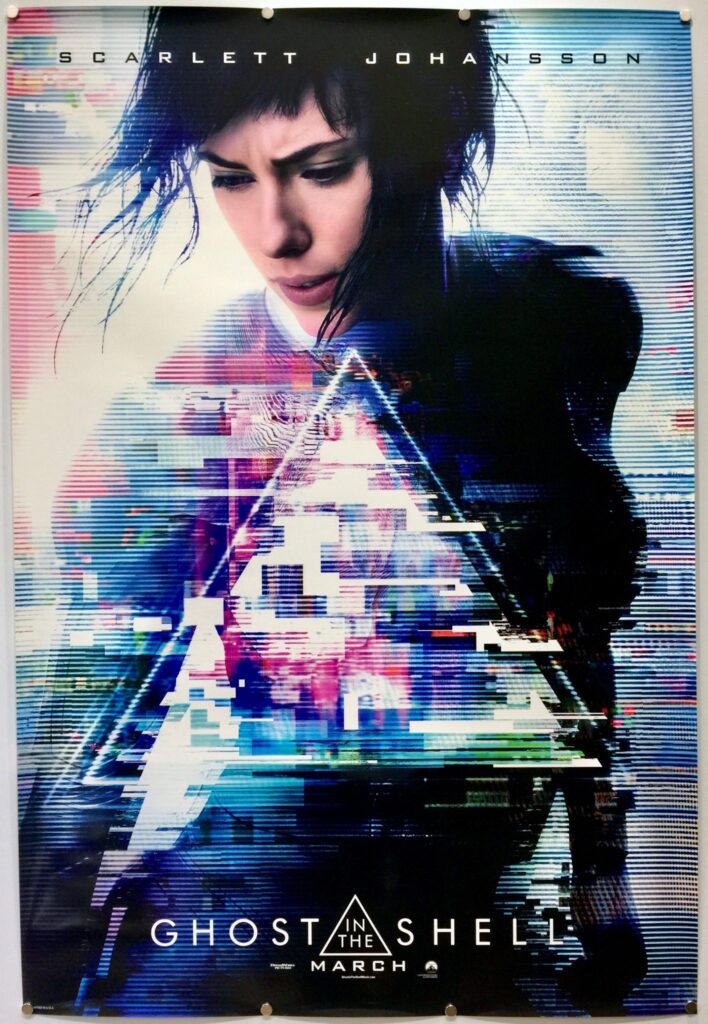