GUARDIANS OF THE GALAXY UK ONE SHEET

The storyline follows Peter Quill who is now the main target of a manhunt led by the villain known as Ronan the Accuser, after stealing a mysterious orb in the far reaches of outer space. To help fight Ronan and his team and save the galaxy from his power, Quill creates a team of space heroes known as the “Guardians of the Galaxy” to save the world.

Principle photography for Guardians of the Galaxy took place at Shepperton Studios and Longcross Studios, the United Kingdom under the working title of Full Tilt. Additional filming took place at Walt Disney Studios in Burbank, California.

James Gunn said that he tried to use as many practical effects as possible during filming to aid the use of CGI and motion capture during post-production, saying, “Our sets are enormous. We have a prison that is 350,000 pounds of steel. Anybody who knows me knows I love the mix of practical and CGI effects… I can’t wait for people to see it because it’s astonishingly beautiful”.

Guardians of the Galaxy featured 2,750 visual effects shots, which make up approximately 90% of the film. The visual effects were created by Moving Picture Company (MPC), who worked on creating Groot, as well as Morag, Xandar, the Dark Aster and the final battle on Xandar.

When Guardians of the Galaxy was released it received positive reviews from the critics. On Rotten Tomatoes it currently holds a rating of 92% with the general consensus being, “Guardians of the Galaxy is just as irreverent as fans of the frequently zany Marvel comic would expect — as well as funny, thrilling, full of heart, and packed with visual splendour”.

Justin Lowe of The Hollywood Reporter also praised the film’s look, and felt “A well-matched ensemble rises to the challenge of launching a heroic origin film with distinctive style, abundant thrills and no shortage of humour”. Richard Roeper of the Chicago Sun-Times said, “Guardians of the Galaxy is a late summer treat — a mostly lighthearted and self-referential comic-book movie with loads of whiz-bang action, some laugh-out-loud moments and a couple of surprisingly beautiful and touching scenes as well,” calling it “a refreshing confection of entertainment”. 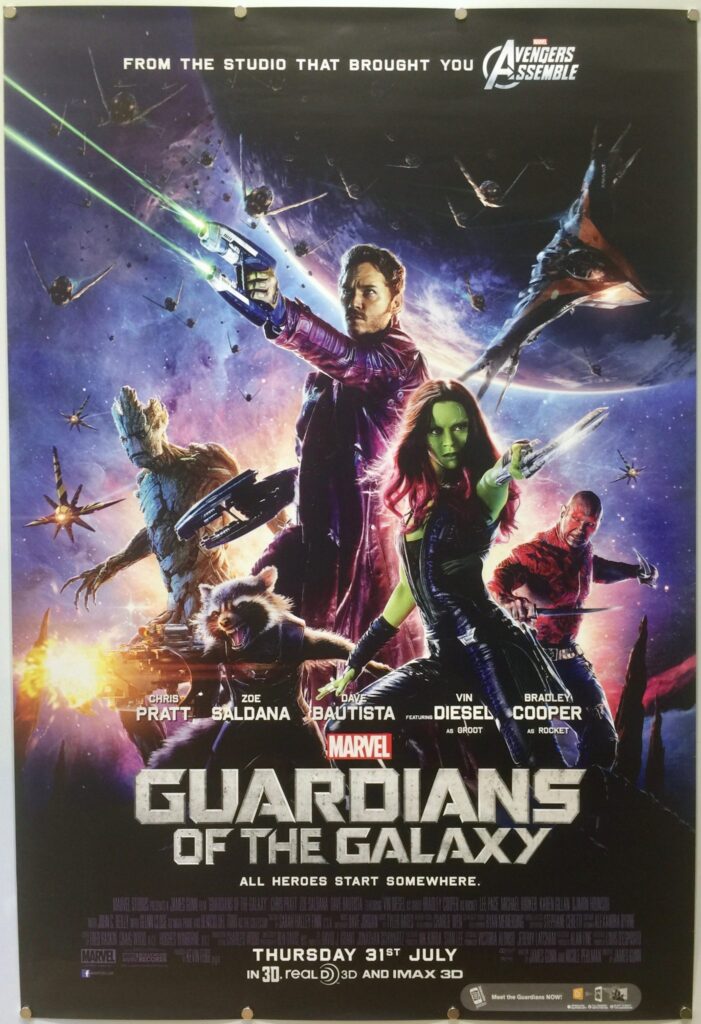