The film follows a group of high school hackers and their involvement in a corporate extortion conspiracy. When Hackers was made in the 1990s, the internet was largely unfamiliar to the general public and it reflects the ideals laid out in the Hacker Manifesto quoted in the film: “This is our world now… the world of the electron and the switch… We exist without skin colour, without nationality, without religious bias… and you call us criminals… Yes, I am a criminal. My crime is that of curiosity.”

Iain Softley auditioned several others stars for the role of Kate Libby aka Acid Burn. Hilary Swank, Heather Graham and Liv Taylor but the part eventually went to Angelina Jolie. The part was originally offered Katherine Heigl however due to other film commitments to Under Siege 2: Dark Territory, she turned it down.

Rafael Moreu had an interest in hacking and its subcultures since the early 1980s. Following a crackdown on hacking in the during the late 1980s he decided to write a script about it. During his research, he met 22-year-old Mark Abene known as Phiber Optik who had spent most of 1994 in prison for hacking.

The character Eugene Belford uses Babbage as a pseudonym at the end of the film. This is a reference to Charles Babbage who was the inventor of an early form of the computer. The computer mainframe named the Gibson is a homage to cyberpunk author William Gibson. He is credited with being the originator of the term Cyberspace, first in his 1982 short story Burning Chrome and later in his 1984 book Neuromancer.

The film was not commercially successful having only taken $7.5m in box office receipts. However, despite it relative commercial failure, Hackers has achieved cult classic status. 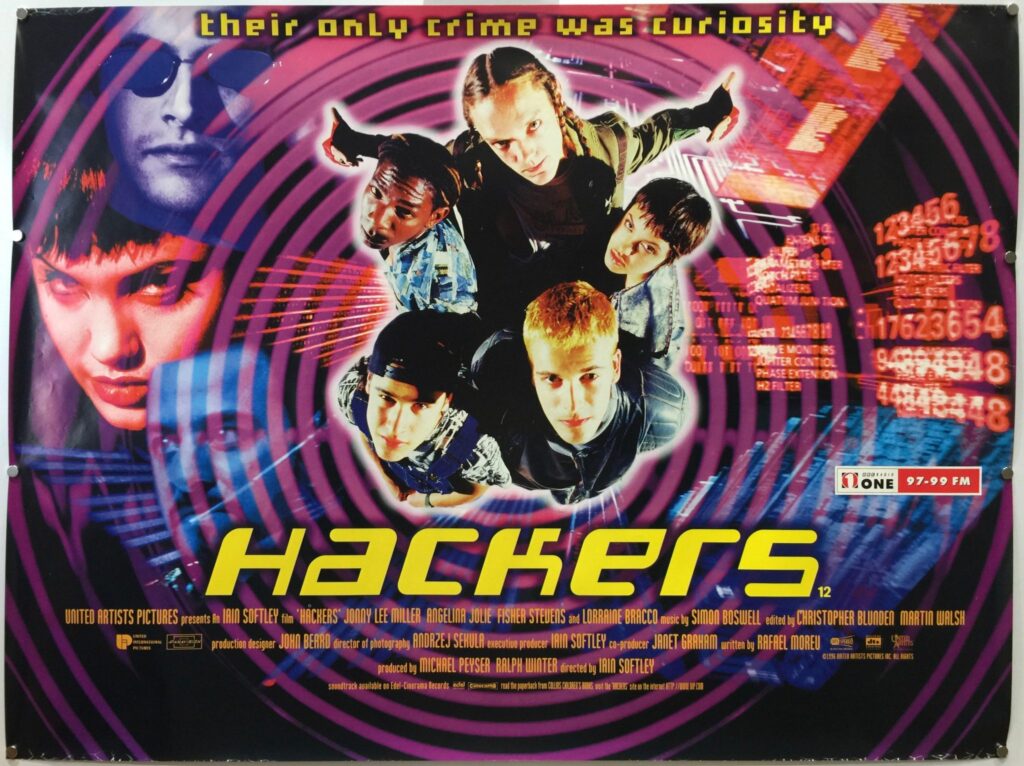