The storyline acts as a sequel to James Matthew Barrie’s 1911 novel Peter and Wendy and focuses on an adult Peter Pan who has forgotten all about his childhood. In his new life, he is known as Peter Banning, a successful but unimaginative and workaholic corporate lawyer with a wife (Wendy’s granddaughter) and two children. However, when Captain Hook, the enemy of his past, kidnaps his children, he returns to Neverland in order to save them. Along the journey, he reclaims the memories of his past.

Steven Spielberg found a close personal connection to the Peter Pan story from his own childhood. The troubled relationship between Peter and Jack in the sequel echoed Spielberg’s relationship with his own father. His previous films had also explored a dysfunctional father-son relationship in E.T. the Extra-Terrestrial and Indiana Jones and the Last Crusade. Peter Pan’s “quest for success” paralleled with him starting out as a film director and transforming into a Hollywood business magnate. “I think a lot of people today are losing their imagination because they are work-driven. They are so self-involved with work and success and arriving at the next plateau that children and family almost become incidental. I have even experienced it myself when I have been on a very tough shoot and I’ve not seen my kids except on weekends. They ask for my time and I can’t give it to them because I’m working.”

Like Peter at the beginning of the film, he also has a fear of flying. He feels that Peter’s “enduring quality” in the storyline is simply to fly. “Anytime anything flies, whether it’s Superman, Batman, or E.T., it’s got to be a tip of the hat to Peter Pan,” In a 1992 interview he said, “Peter Pan was the first time I saw anybody fly. Before I saw Superman, before I saw Batman, and of course before I saw any superheroes, my first memory of anybody flying is in Peter Pan.”

When Hook was released it received mixed reviews from the critics. Roger Ebert stated that “The sad thing about the screenplay for Hook is that it’s so correctly titled: This whole construction is really nothing more than a hook on which to hang a new version of the Peter Pan story. No effort is made to involve Peter’s magic in the changed world he now inhabits, and little thought has been given to Captain Hook’s extraordinary persistence in wanting to revisit the events of the past. The failure in Hook was its inability to re-imagine the material, to find something new, fresh or urgent to do with the Peter Pan myth. Lacking that, Spielberg should simply have remade the original story, straight, for the ’90s generation.”

On Rotten Tomatoes it currently holds a rating of 29% with the general consensus being, “The look of Hook is lively indeed but Steven Spielberg directs on autopilot here, giving in too quickly to his sentimental, syrupy qualities.”

Commercially, Hook was a huge box office success. Having been produced with an estimated production budget of $70m, it took $13,522,535 in its opening weekend at the US box office and has taken $300,854,823 in total worldwide box office receipts. At the 64th Academy Awards, Hook was nominated in five categories for Best Art Direction, Best Costume Design, Best Visual Effects, Best Makeup and Best Music. At the Golden Globes Dustin Hoffman as nominated for Best Performance by an Actor in a Motion Picture. It also spawned merchandise, including video games, action figures, and comic book adaptations. 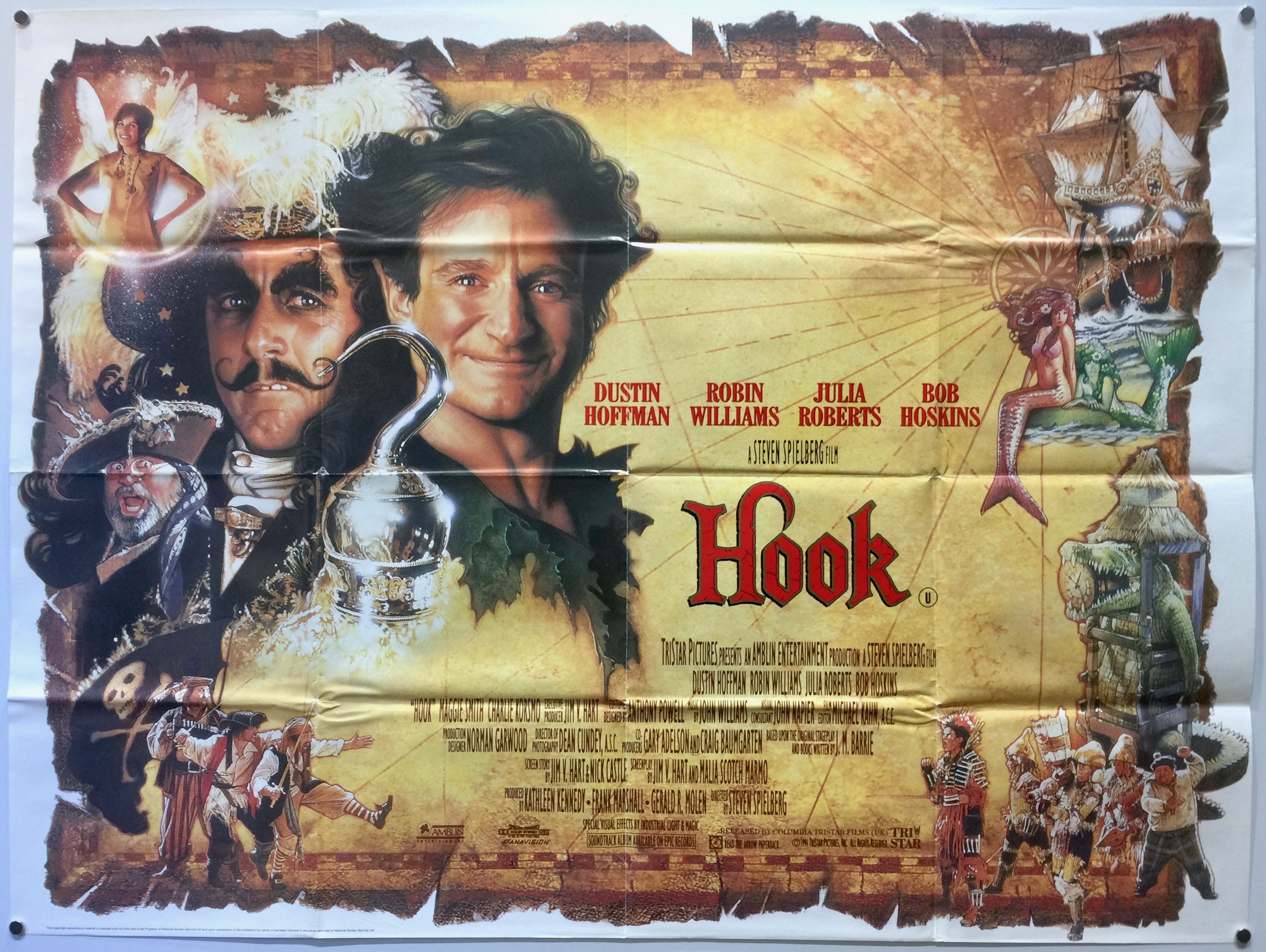