In the Loop is a 2009 British satirical black comedy directed by Armando Iannucci as a spin-off from the BBC Television series The Thick of It. The film satirises Anglo-American politics in the 21st century and the Invasion of Iraq. It was nominated for the 2009 Academy Award for Best Adapted Screenplay.

Both the UK and the US are on the verge of launching a war in the Middle East. The plot follows government officials and advisors in their out of public view efforts either to promote the war or to prevent it. The film stars Peter Capaldi, Tom Hollander, Gina McKee, Chris Addison, David Rasche, and James Gandolfini. 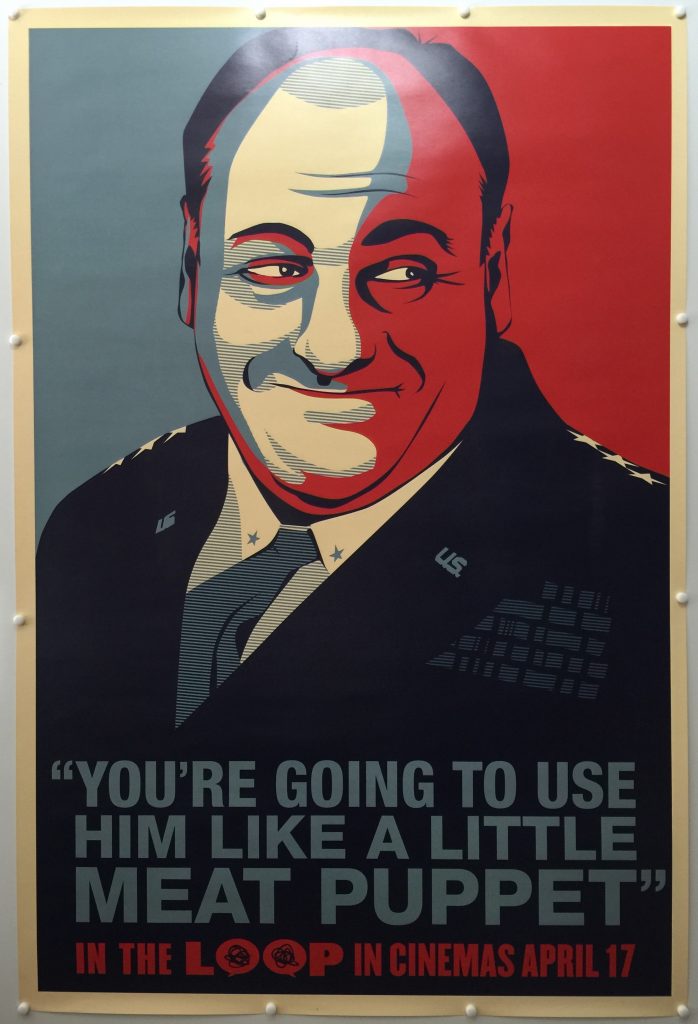