Inglorious Basterds is a 2009 German-American war film written and directed by Quentin Tarantino and starring Brad Pitt, Christoph Waltz and Mélanie Laurent. The film tells the fictional alternate history story of two plots to assassinate Nazi Germany’s political leadership, one planned by Shosanna Dreyfus (Laurent), a young French Jewish cinema proprietor, and the other by a team of Jewish-American soldiers led by First Lieutenant Aldo Raine (Pitt). Christoph Waltz co-stars as Hans Landa, an SS colonel tracking down Raine’s group and who has a connection to Shosanna’s past. The film’s title was inspired by Italian director Enzo G. Castellari’s macaroni combat film, The Inglorious Bastards (1978). 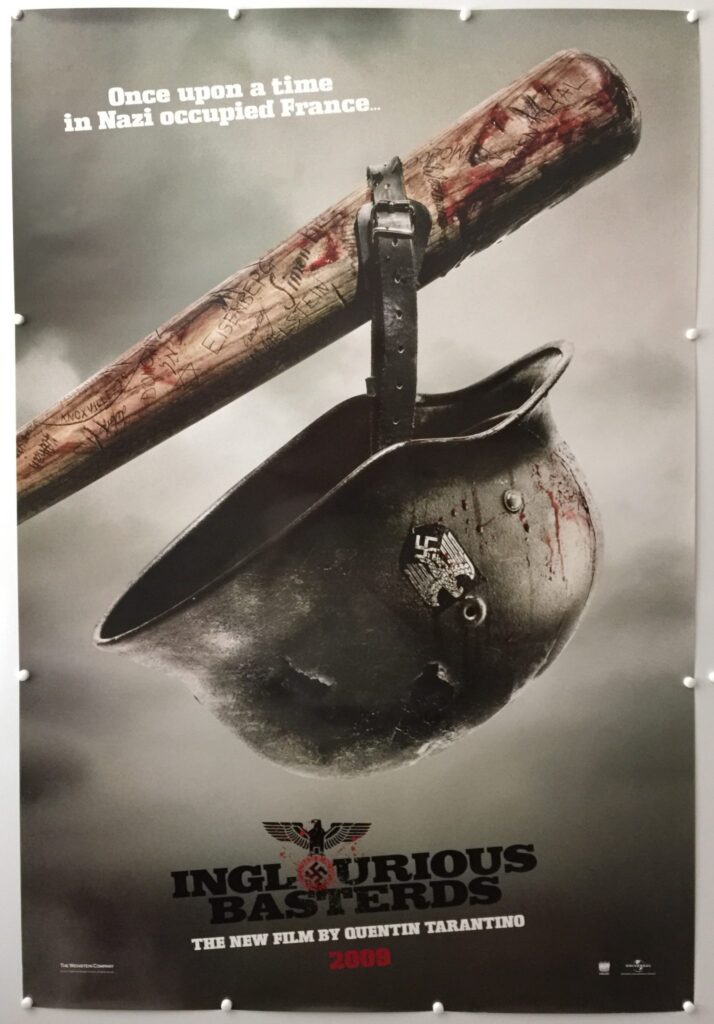