Invasion of the Body Snatchers was filmed in Superscope which used a larger image frame by using the negative space usually reserved for the optical analogue soundtrack and was partially shot in the film noir style. It was released in 1956 by Allied Artists Pictures on a double bill with the British science fiction film The Atomic Man.

The storyline is based on an extraterrestrial invasion that begins in the fictional California town of Santa Mira. Alien plant spores have fallen from space and grown into large seed pods, each one capable of reproducing a duplicate replacement copy of each human. As each pod reaches full development, it assimilates the physical characteristics, memories, and personalities of each sleeping person placed near it; these duplicates, however, are devoid of all human emotion. Little by little, a local doctor uncovers this “quiet” invasion and attempts to stop it.

When choosing locations for filming Don Siegel and Walter Wanger wanted to shot on location in Mill Valley, California, the town just north of San Francisco, that Jack Finney described in his novel. However, the location proved too expensive and alternative locations were found that resembled Mill Valley in the Los Angeles area including Sierra Madre, Chatsworth, Glendale, Los Feliz, Bronson and Beachwood Canyons.

In 1994, Invasion of the Body Snatchers was selected for preservation in the United States National Film Registry by the Library of Congress for being “culturally, historically, or aesthetically significant.”

In 1978, the film was remade using the same title by Philip Kaufman and starred Donald Sutherland. It was largely received positively by film critics. In 1992, Invasion of the Bunny Snatchers was released which was Looney Tunes parody directed by Greg Ford. In 1993, the film was remade again director Abel Ferrara and received mixed reviews. In 2007, The Invasion was released directed by Oliver Hirschbiegel and starring Nicole Kidman. This version was roundly panned by critics who generally gave it negative reviews. 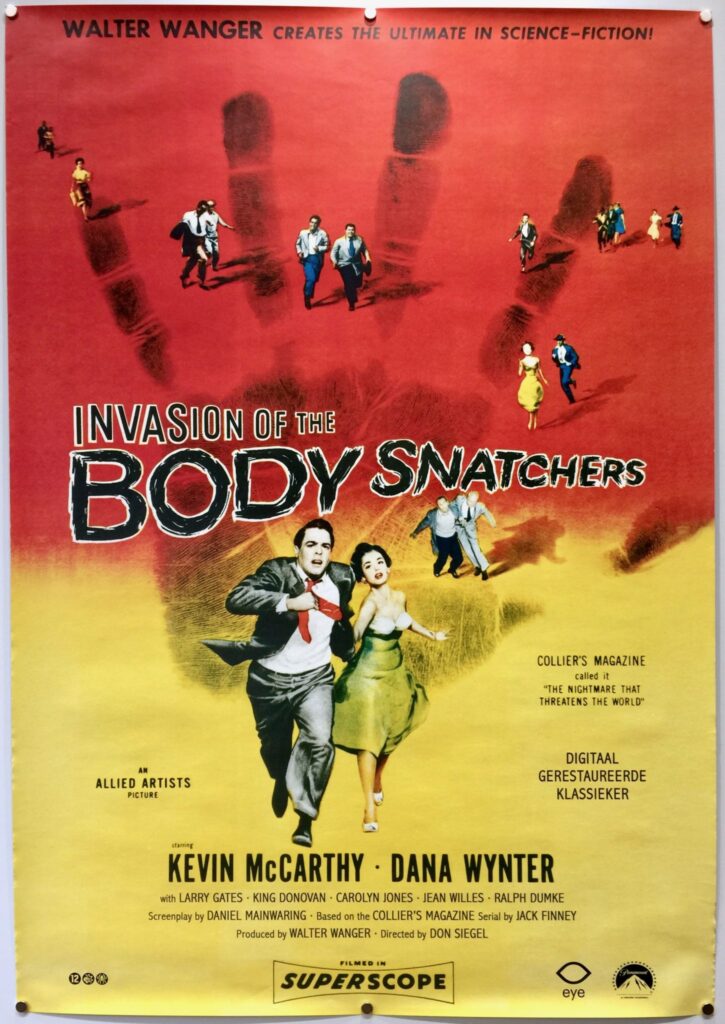