The storyline follows the murder of seven-year-old Georgie Denbrough in Derry, Maine, during the fall of 1988; one year later, his older brother and his group of friends discover that the culprit is a shape-shifting entity who may be linked to the recent cases of missing children in the town. The group of friends plan a quest to battle the entity, along with facing their own personal demons in the process.

IT is intended to be the first instalment in a duology and is the second adaptation of the book following Tommy Lee Wallace’s release in 1990. Production for this adaption of IT has been ongoing since 2009 and has gone through two major phases of planning; initially with Cary Fukunaga directing from 2009 to 2015 and since 2015 with Andrés Muschietti.

Principle photography for IT took place in Toronto, Canada. The location used was Port Hope in Southern Ontario, Canada which went under a number of changes to transform it into Derry; Port Hope Municipal hall is now Derry Public Library, The Port Hope Tourism Centre is now a City of Derry office, Ganaraska Financial is now Montgomery Financial, Gould’s Shoes store front on Walton Street changed to a butcher shop, The Avanti Hair Design store front changed to Tony’s Barber Shop, an empty storefront at 36 Walton Street changed to Reliance Cleaners, Queen Street Tattoo store front changed to Derry Scoop, a statue of Paul Bunyan was erected in Memorial Park, US flags now hang in place of Canadian flags downtown and Port Hope Capitol Theatre had appeared to be showing Batman and Lethal Weapon 2, thus confirming the film’s setting of 1989. Other locations used for filming were Oshawa in Ontario and Riverdale in Toronto.

The film has been described as a loss of innocence film, with fear, mortality and survivalist themes. Muschietti remarked of the film’s elements of coming of age and issues of mortality, wherein he states such themes are prevalent in King’s book, though that in reality these occur in a more progressive way, “There’s a passage [in It] that reads, ‘Being a kid is learning how to live and being an adult is learning how to die.’ There’s a bit of a metaphor of that and it just happens in a very brutal way, of course.”

He also mentioned the characterisation Pennywise’s survivalist attitude, and a passage in the novel, which inspired Muschietti was when Bill wonders if Pennywise is eating children simply because that’s what we’re told monsters do, in stating, “It’s a tiny bit of information, but that sticks with you so much. Maybe it is real as long as children believe in it. And in a way, Pennywise’s character is motivated by survival. In order to be alive in the imagination of children, he has to keep killing.”

On 16th February 2016 producer Roy Lee mentioned in an interview the final film of the planned IT duology, remarking, “[…] making another movie from the point of view of the adults, that could potentially then be cut together like the novel. But it’s gonna be a really fun way of making this movie.” Lee also mentions that: “[Dauberman] wrote the most recent draft working with [Muschietti], so it’s being envisioned as two movies.”

IT has a scheduled release date of 8th September 2017 in the United States and United Kingdom. 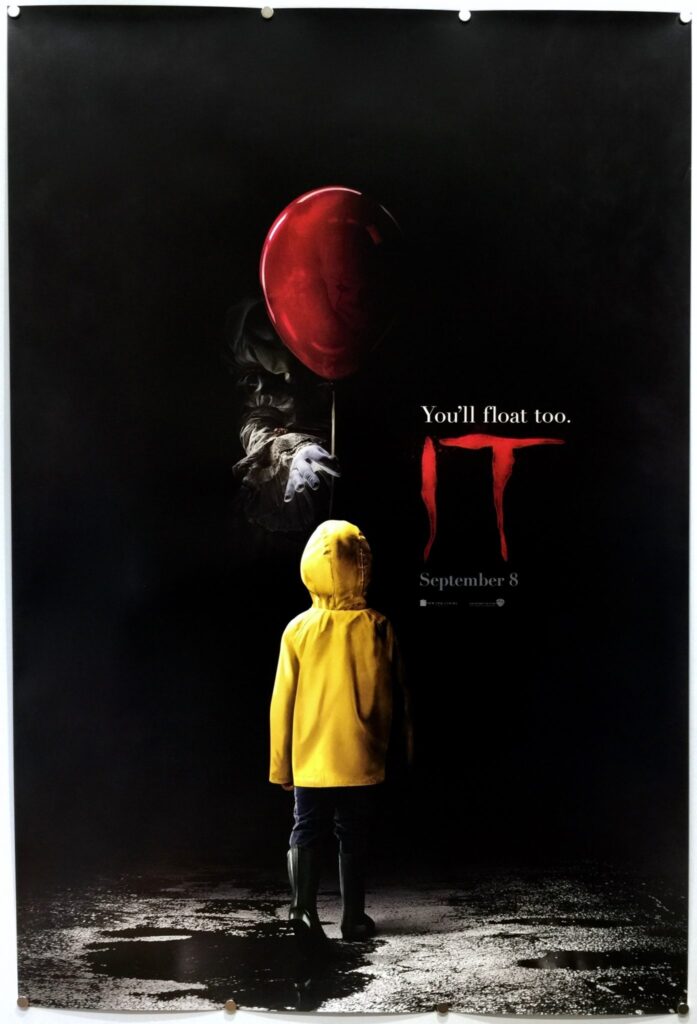