Skyfall was released in 2012 and is the 23rd film in the James Bond series. It was directed by Sam Mendes and co-produced by Michael G. Wilson and Barbara Broccoli. The screenplay was co-written by Neal Purvis, Robert Wade and John Logan. Skyfall stars Daniel Craig, Javier Bardem, Ralph Fiennes, Naomie Harris, Ben Whishaw, Bérénice Lim Marlohe, Albert Finney and Judi Dench. The theme song for Skyfall, was co-written and performed by British singer Adele.

The storyline follows James Bond’s latest assignment which goes gravely wrong and agents around the world are exposed and MI6 headquarters are attacked forcing M to relocate the agency. These events cause her authority and position to be challenged by Gareth Mallory, the new Chairman of the Intelligence and Security Committee. With MI6 compromised, M is left with one ally she can trust: Bond. He investigates and finds the attack is part of a plot by former MI6 agent Raoul Silva to humiliate, discredit and kill M as revenge against her for betraying him.

Skyfall sees the return of two characters to the series following their absence in the last two; Q, played by Ben Whishaw, and Moneypenny, played by Naomie Harris. Skyfall sees the last James Bond film for Judi Dench, having played the role of M in the previous six films. The position is filled by Ralph Fiennes, though Judi Dench would make a brief appearance in the next Bond film, Spectre.

Sam Mendes was initially approached to direct the film after the release of Quantum of Solace in 2008, however, development was suspended due to financial troubles at MGM. The project did not resume until 2010. Same Mendes stayed with the project even when original screenwriter, Peter Morgan, left during the suspension.

During the film James Bond takes M to Skyfall, his family estate and childhood home in the Scottish Highlands. His family history was created by Ian Fleming in 1964 for his novel On Her Majesty’s Secret Service. See our James Bond history covered in our post, James Bond through the Years. Ian Fleming was inspired to add the story of James Bond’s genealogy into the book after seeing Sean Connery play Bond in Dr. No. This is the second time James Bond discusses the death of his parents in the series, the first was in Goldeneye. The names featured on the plaques and headstones were created by the production team.

When Skyfall was released it positive reviews from the critics. On Rotten Tomatoes it holds a 93% rating with the consensus “Sam Mendes brings Bond surging back with a smart, sexy, riveting action thriller that qualifies as one of the best 007 films to date”. Todd McCarthy of The Hollywood Reporter thought that Skyfall was “dramatically gripping while still brandishing a droll undercurrent of humour”, going on to say that it was a film that had “some weight and complexity to it”. Roger Ebert gave the film 4 out of 4 stars, describing it as “a full-blooded, joyous, intelligent celebration of a beloved cultural icon”.

Praise was also made to the supporting cast with Roger Ebert reflecting that Skyfall “at last provides a role worthy of Judi Dench, one of the best actors of her generation. She is all but the co-star of the film, with a lot of screen time, poignant dialogue, and a character who is far more complex and sympathetic than we expect in this series”.

Skyfall was nominated for five Academy Awards and won two for Best Achievement in Music Written for Motion Pictures, Original Song and Best Achievement in Sound Editing. It won a Golden Globe for Best Original Song. At the BAFTA Awards it was nominated for eight awards and won two for Alexander Korda Award for Best British Film and Anthony Asquith Award for Film Music. 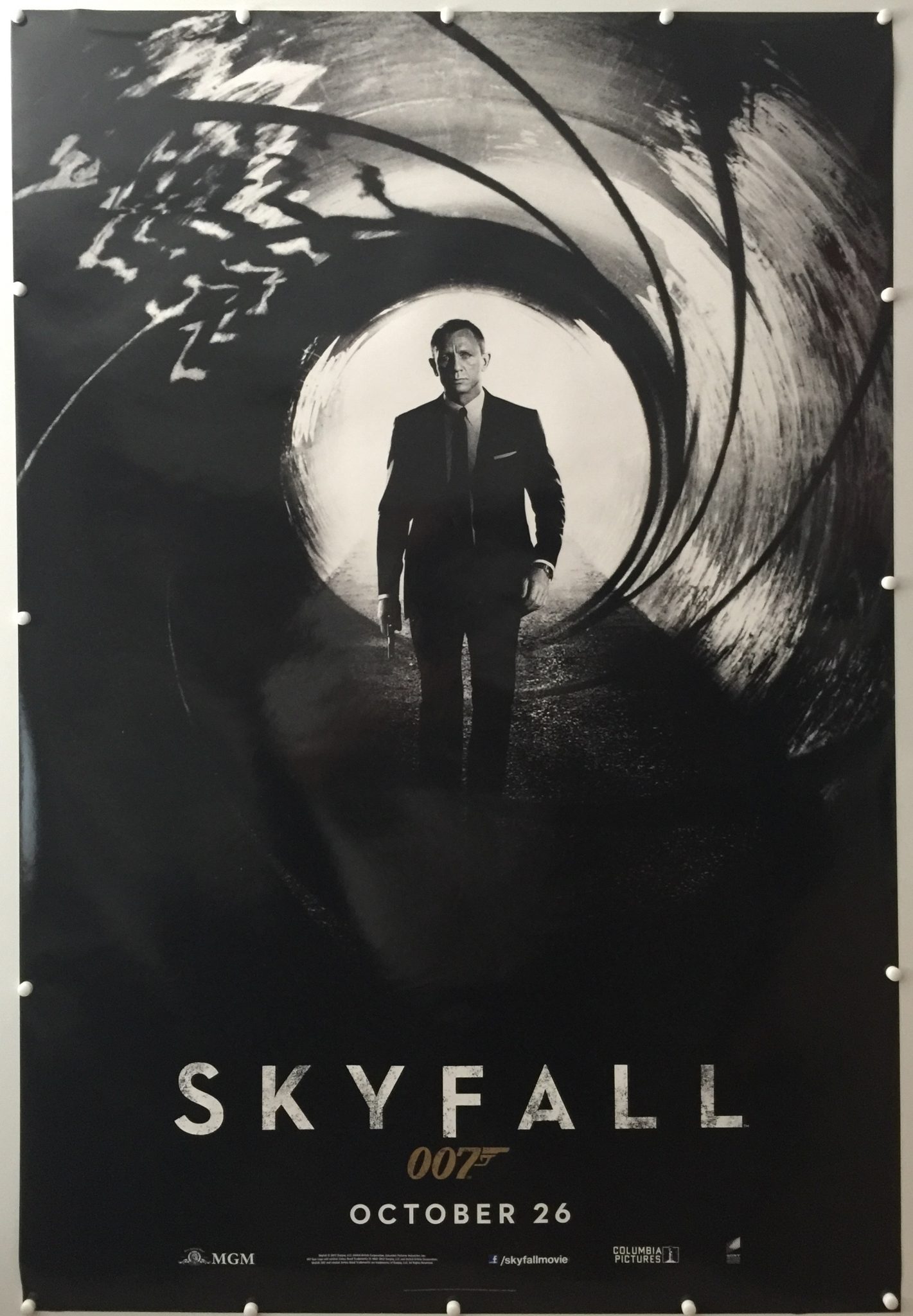