Spectre (2015) is the twenty-fourth James Bond film produced by Eon Productions. It features Daniel Craig in his fourth performance as James Bond, and Christoph Waltz as Ernst Stavro Blofeld, with the film marking the character’s re-introduction into the series. It was directed by Sam Mendes as his second James Bond film following Skyfall, with a screenplay written by John Logan, Neal Purvis, Robert Wade and Jez Butterworth. It is distributed by Metro-Goldwyn-Mayer and Columbia Pictures. With a budget around $245 million, it is the most expensive Bond film and one of the most expensive films ever made.

The story sees Bond pitted against the global criminal organisation Spectre as he attempts to thwart their plan to launch a global surveillance network, and discovers Spectre was behind the events of the previous three films. The film marks Spectre’s first appearance in an Eon Productions film since 1971’s Diamonds Are Forever,[N 2] with Christoph Waltz playing the organisation’s leader Ernst Stavro Blofeld. Several recurring James Bond characters, including M, Q and Eve Moneypenny return, with the new additions of Léa Seydoux as Dr. Madeleine Swann, Dave Bautista as Mr. Hinx, Andrew Scott as Max Denbigh and Monica Bellucci as Lucia Sciarra.

Spectre was filmed from December 2014 to July 2015, with locations in Austria, the United Kingdom, Italy, Morocco and Mexico. The film was released on 26 October 2015 in the United Kingdom on the same night as the world premiere at the Royal Albert Hall in London, followed by a worldwide release which included IMAX screenings. It was released in the United States one week later, on 6 November. The theme song, “Writing’s on the Wall”, won the Academy Award for Best Original Song and the corresponding Golden Globe. Spectre grossed over a total of $880 million worldwide, the second largest unadjusted income for the series after predecessor Skyfall. 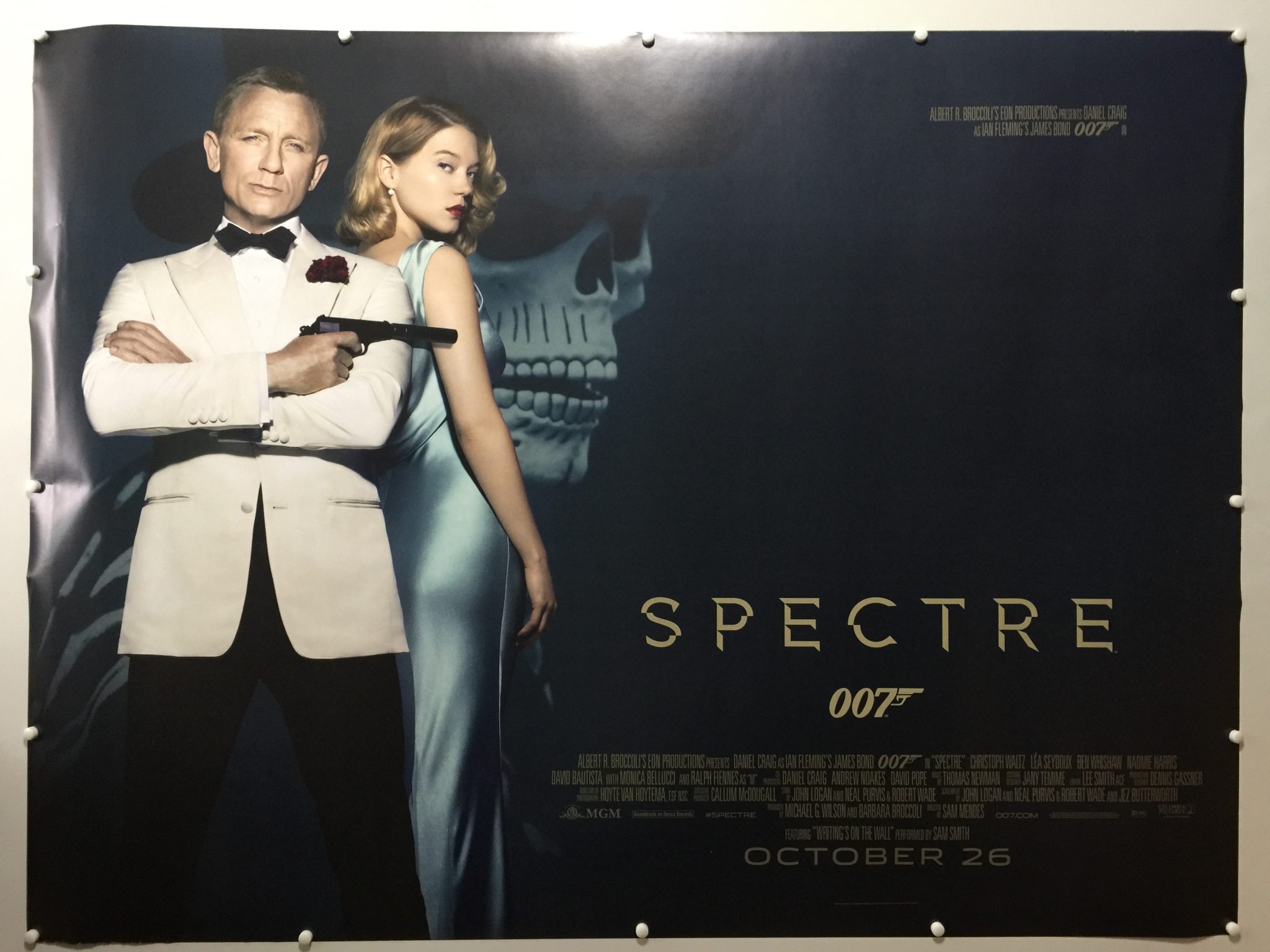