Jaws 2 is a 1978 American film, the first sequel to Steven Spielberg’s Jaws (1975), and the second instalment in the Jaws franchise. Directed by Jeannot Szwarc, it stars Roy Scheider as Police Chief Martin Brody, who must deal with another great white shark terrorizing the waters of Amity Island, a fictional seaside resort, with Lorraine Gary and Murray Hamilton reprising their respective roles as Martin’s wife Ellen Brody and mayor Larry Vaughn.

Like the first film, the production of Jaws 2 was troubled. The original director, John D. Hancock, proved to be unsuitable for an action film and was replaced by Szwarc. Scheider, who only reprised his role to end a contractual issue with Universal, was also unhappy during production and had several heated exchanges with Szwarc.

Jaws 2 was briefly the highest-grossing sequel in history until The Empire Strikes Back was released in 1980. The film’s tagline, “Just when you thought it was safe to go back in the water…,” has become one of the most famous in film history and has been parodied and homaged several times. Jaws 2 is widely considered to be the best Jaws sequel. 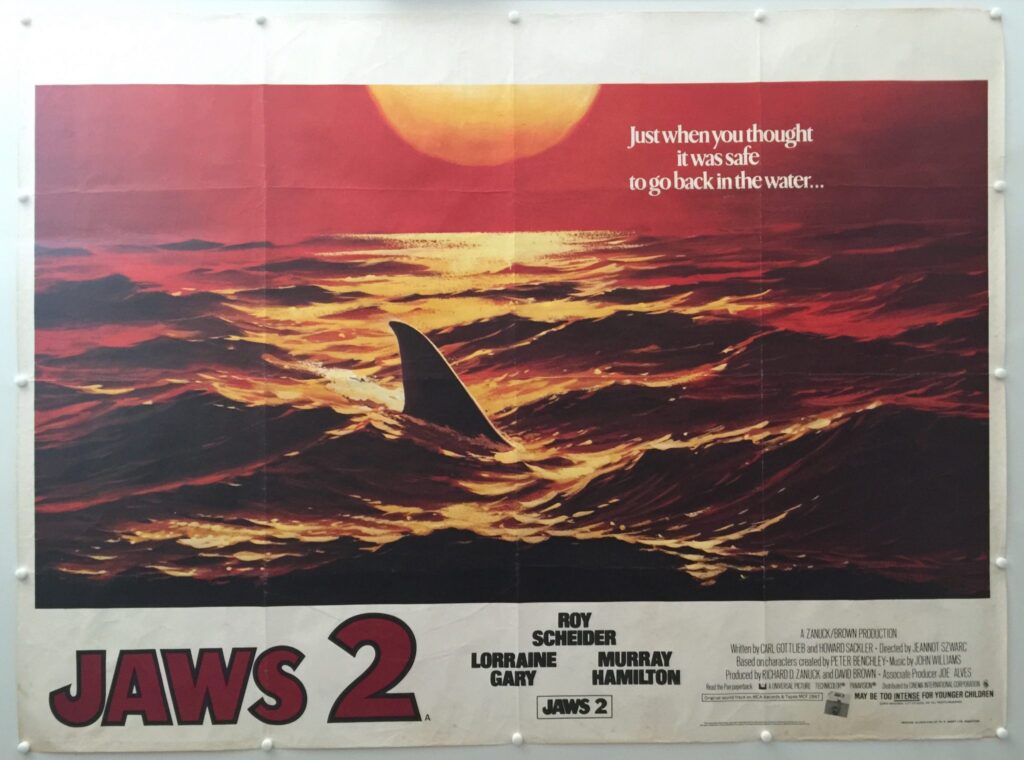