Jurassic World is a 2015 adventure film and is the fourth instalment of the Jurassic Park series. The film was directed and co-written by Colin Trevorrow, produced by Frank Marshall and Patrick Crowley, and stars Chris Pratt and Bryce Dallas Howard. The production companies were Steven Spielberg’s Amblin Entertainment, also responsible for the rest of the Jurassic Park franchise, and Thomas Tull’s Legendary Pictures. Set 22 years after the events of Jurassic Park, Jurassic World takes place on the same fictional island of Isla Nublar, off the Pacific coast of Central America, where a theme park populated with cloned dinosaurs has operated for ten years. The park plunges into chaos when a genetically created dinosaur breaks loose and goes on a rampage across the island.

Universal Pictures intended to begin production on a fourth Jurassic Park film in 2004 for a summer 2005 release, but the film entered over a decade of development hell while the script went through revisions. Following a suggestion from Spielberg, writers Rick Jaffa and Amanda Silver explored the idea of a functional dinosaur park. Once Trevorrow was hired as director in 2013, he followed the same idea while developing a whole new script with Derek Connolly. Principal photography rolled from April to August 2014, primarily in Louisiana while also using the original Jurassic Park filming locations in Hawaii. Again the dinosaurs were created through computer-generated imagery by Industrial Light & Magic and life-sized animatronics by Legacy Effects, a company created by the alumni of Jurassic Park veteran Stan Winston.

Jurassic World was released on 12th June 2015 in over 60 countries. After a record-breaking opening weekend that had the film grossing more than $500 million worldwide, Jurassic World has generated over $1.6 billion in box office revenue, standing as the fourth-highest-grossing film of all time without inflation adjustment, as well as the second-highest-grossing film of 2015 and the highest in the franchise. A sequel is scheduled for 22nd June 2018. 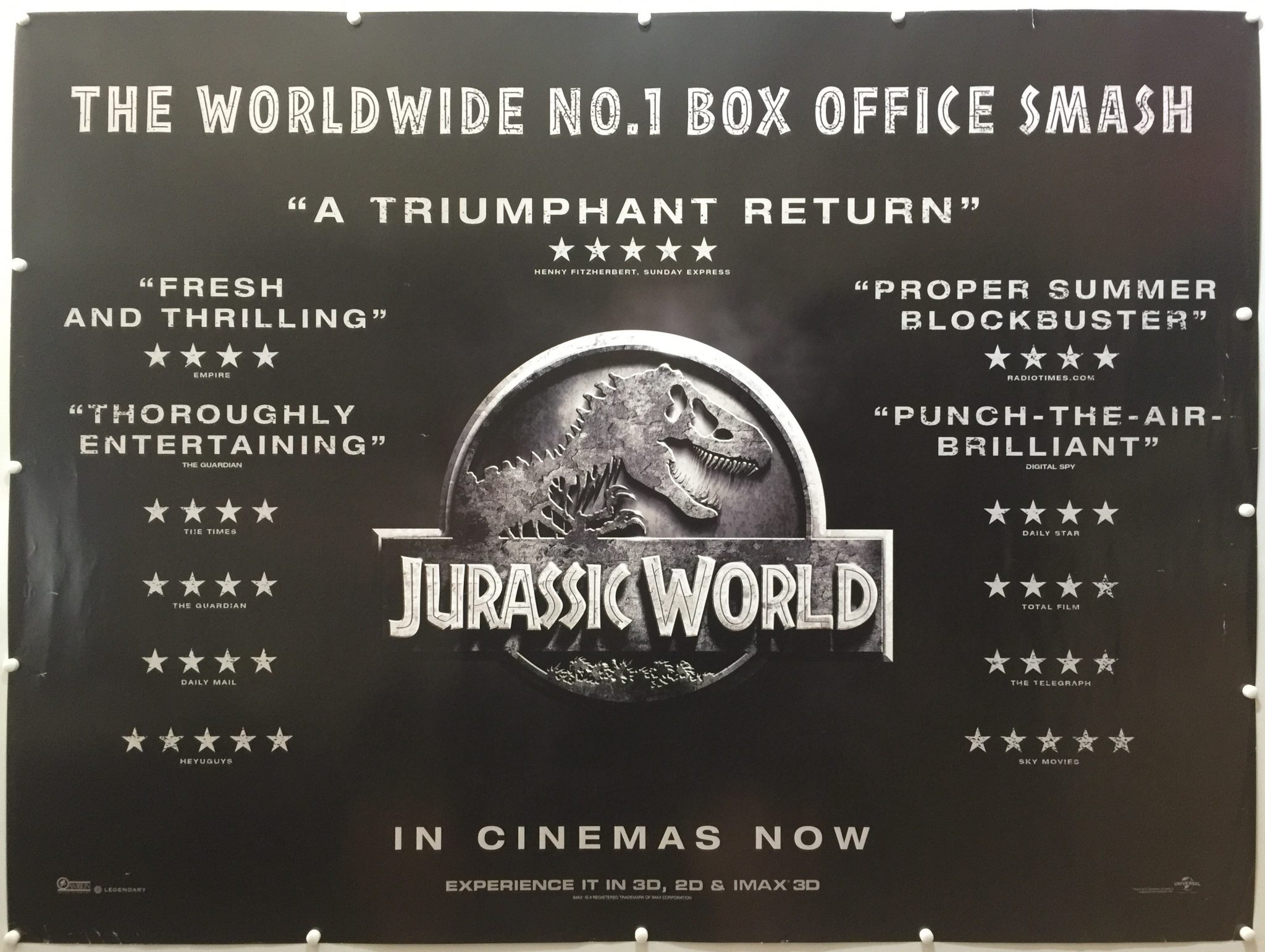