The storyline follows the Kingsmen after their headquarters are destroyed and with the world currently being held hostage. They embarked on a journey which leads them to discover an allied spy organisation in the US called, Statesman. Together they work to defeat Poppy and her drug cartel called The Golden Circle.

Principle photography was completed in Birmingham with further filming at the Warner Bros. Studios in Leavesden. The cable car and antidote factory scenes were shot on Skyway Monte Bianco and Pointe Helbronner, located in Courmayeur, Aosta Valley, in northern Italy and Sri Lanka. Additional footage was filmed on location in London.

Writing for Uproxx, Amy Nicholson called the film better than the first writing: “Kingsman: The Golden Circle has matured just enough. Its doubled down on the mayhem and hammered out the tone. Everything is sincere even when its insane”. Michael Phillips of the Chicago Tribune gave the film 1.5/4 stars and said “Kingsman: The Golden Circle offers everything – several bored Oscar winners; two scenes featuring death by meat grinder; Elton John, mugging in close-up – except a good time”.

Commercially, Kingsman: The Golden Circle was a huge success. Produced on an estimated production budget of $104m, it took $39m in the US on its opening weekend. It went on to take $394,100,000 in total worldwide box office receipts.

Matthew Vaughn has stated that he and Jane Goldman have a third Kingsman film planned. In a magazine article Taron Egerton revealed that his personal choice for the role of the villain of Kingsman 3 is Dwayne Johnson. Vaughn also revealed that with the success of the Kingsman films, he is interested in making a Statesman spin-off. 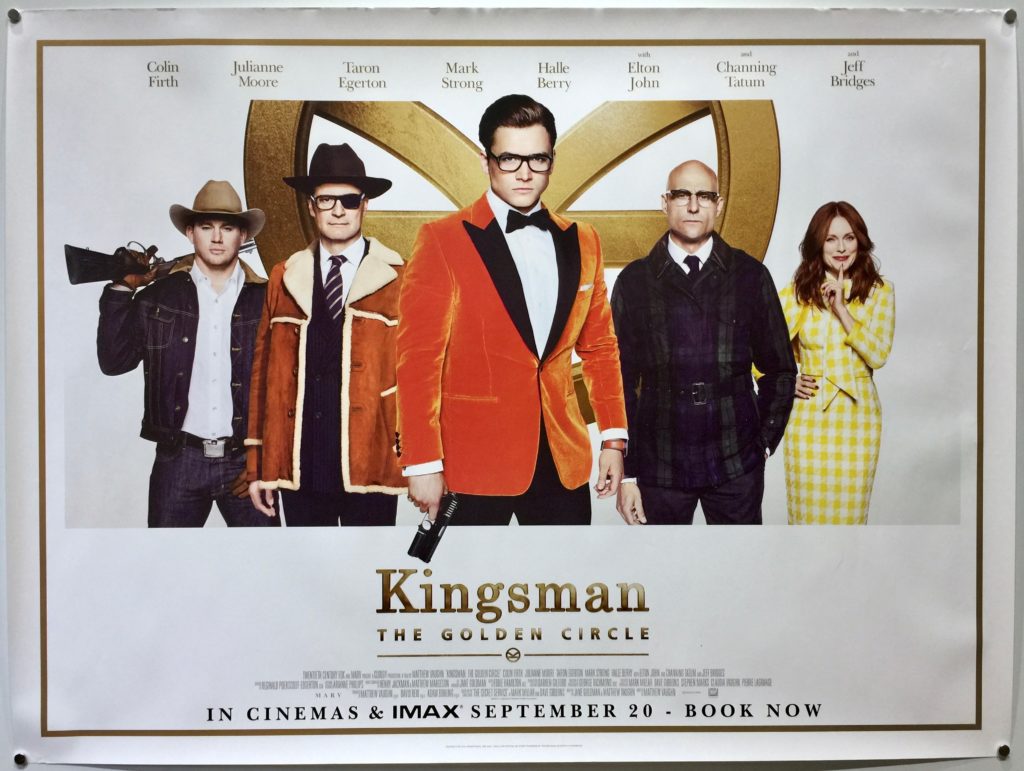