Krampus is a 2015 horror film based upon the eponymous character from Germanic folklore.

Krampus was originally scheduled for theatrical release on 25th November 2015 but was moved to 4th December 2015 and released by Universal Pictures.

When his dysfunctional family clashes over the holidays, young Max is disillusioned and turns his back on Christmas. Little does he know, this lack of festive spirit has unleashed the wrath of Krampus: a demonic force of ancient evil intent on punishing non-believers. All hell breaks loose as beloved holiday icons take on a monstrous life of their own, laying siege to the fractured family’s home and forcing them to fight for each other if they hope to survive. 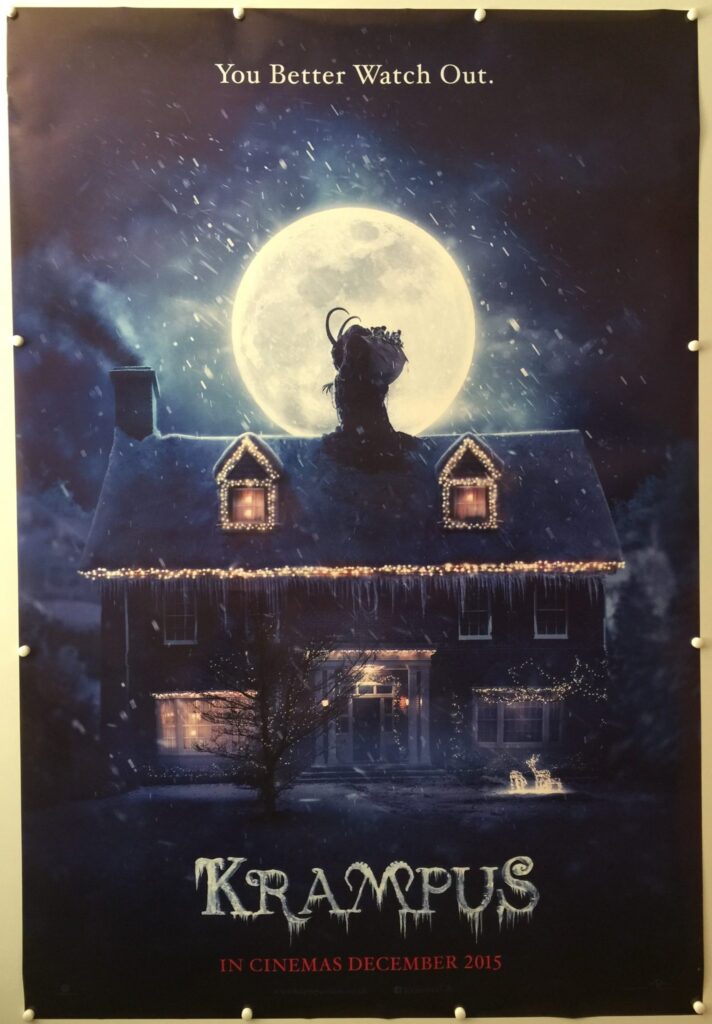