Legend has received mixed reviews from critics with some calling it deeply flawed but praised Tom Hardy for his dual role of the Kray twins. Tom Hardy was nominated and won several minor awards as Best Actor. Despite its mixed reviews, Legend was considered to be a box office success, with gross receipts of $43m against a budget of $25m. 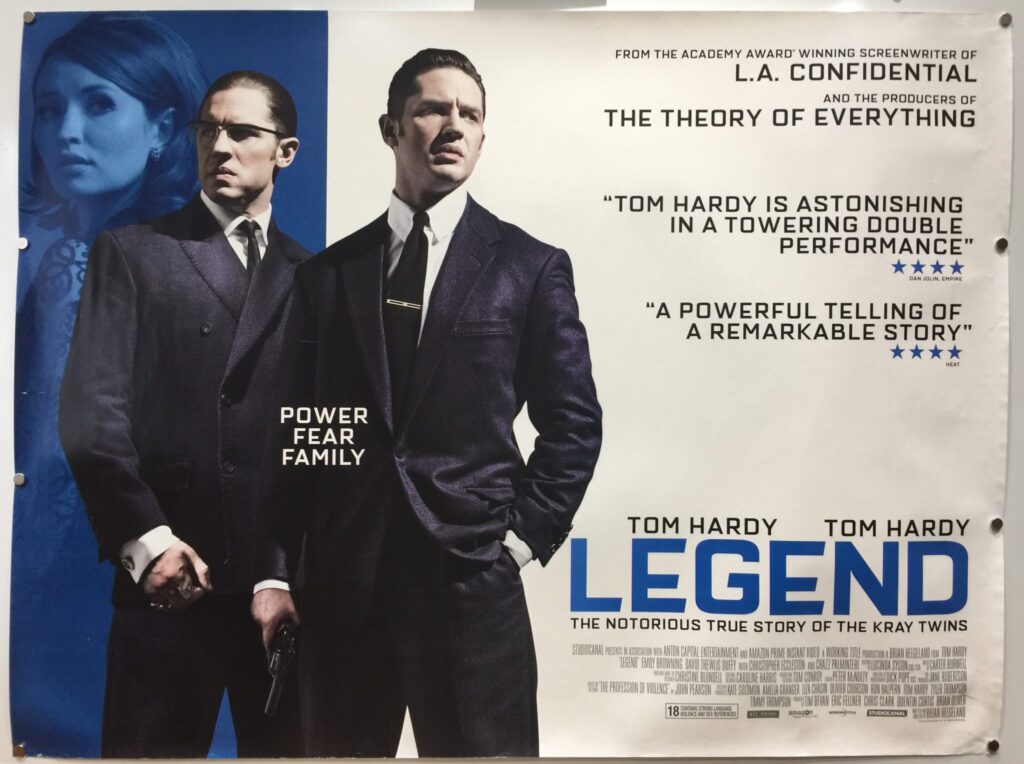