The storyline follows LAPD detectives Martin Riggs and Roger Murtaugh, trying to stop the Chinese Triads from conducting their illegal business in the US. Chinatown’s mob boss, Uncle Benny, has imported Chinese slaves to pay for an artist to create counterfeit Chinese currency. The Triads will use the counterfeit currency to buy the Four Fathers (heads of the Triads) back from the Chinese military.

When Lethal Weapon 4 was released it received mixed reviews from critics. On Rotten Tomatoes it holds a 52% rating with the consensus “Jet Li’s arrival breathes fresh life into a tired franchise formula — but not enough to put Lethal Weapon 4 on equal footing with its predecessors”.

Roger Ebert gave Lethal Weapon 4 two out of four stars, saying, “Lethal Weapon 4 has all the technical skill of the first three movies in the series, but lacks the secret weapon, which was conviction. All four movies take two cop buddies and put them into spectacular and absurd action sequences, but the first three at least went through the motions of taking the plot seriously (and the first one did such a good job, it made my ‘best 10’ list of that year). This time, we’re watching an exercise”.

Despite the mixed critical reviews, Lethal Weapon 4 was a commercial box office success. Produced on an estimated production budget of $140m, it took $34,048,124 on its opening weekend in the US. It went on to take $285,444,603 in total worldwide box office receipts. 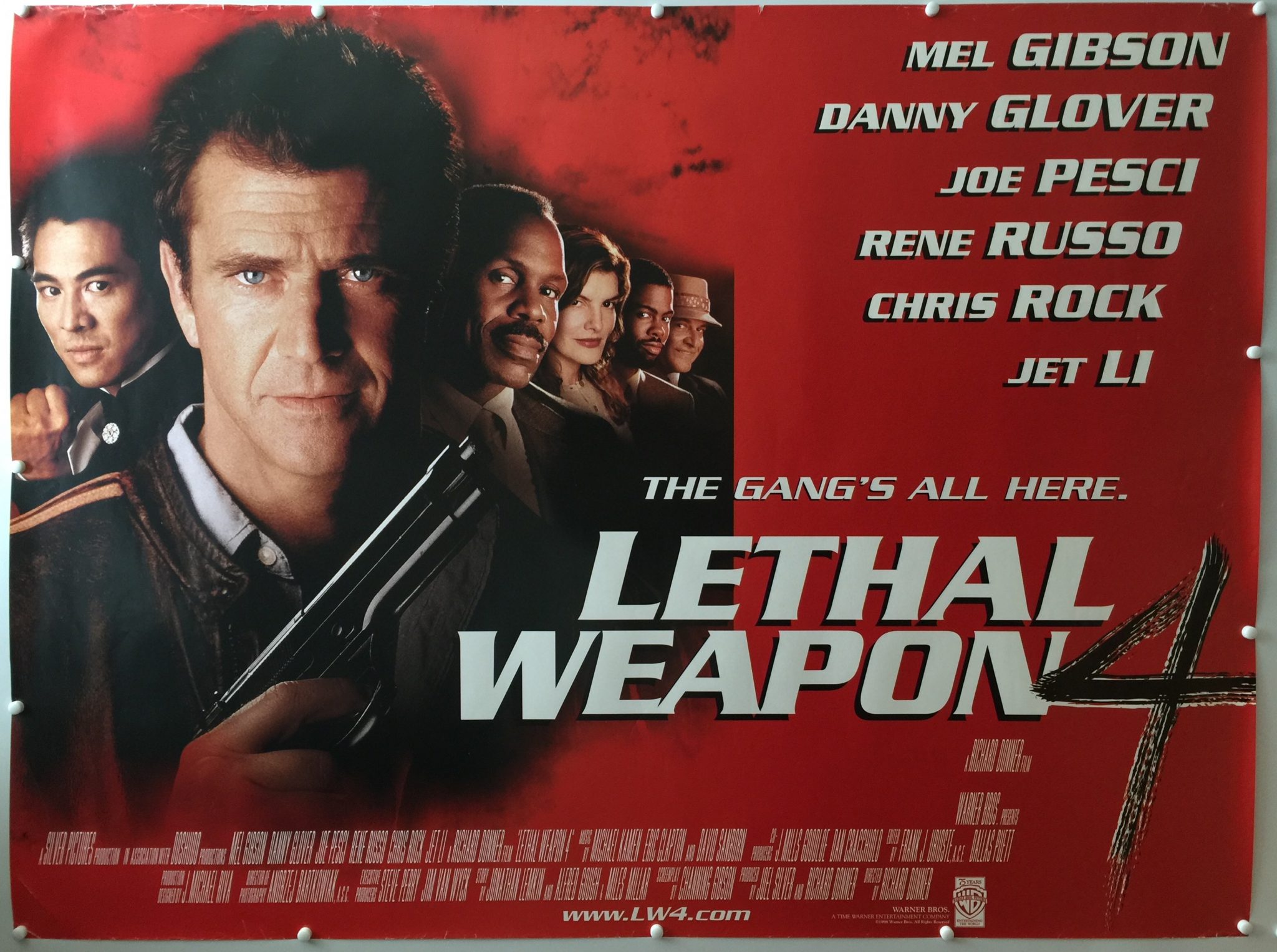