Licence to Kill, released in 1989, is the 16th film in the James Bond series. It is one of the first not to use a title of an Ian Fleming story. The film was directed by John Glen and co-produced by Albert R. Broccoli and Michael G. Wilson. The screenplay was co-written by Michael G. Wilson and Richard Maibaum. Licence to Kill stars Timothy Dalton, Carey Lowell, Robert Davi, Talisa Soto and Anthony Zerbe. It marks the second and final appear of Timothy Dalton in the role of James Bond.

Film ratings organisations had objections to the excessive and realistic violence used, with both the Motion Picture Association of America and the British Board of Film Classification requesting content adaptations. The BBFC in particular demanded a cut of 36 seconds to the film. In 2006 with the release of Ultimate Edition DVD marked the first release of Licence to Kill without any cuts. 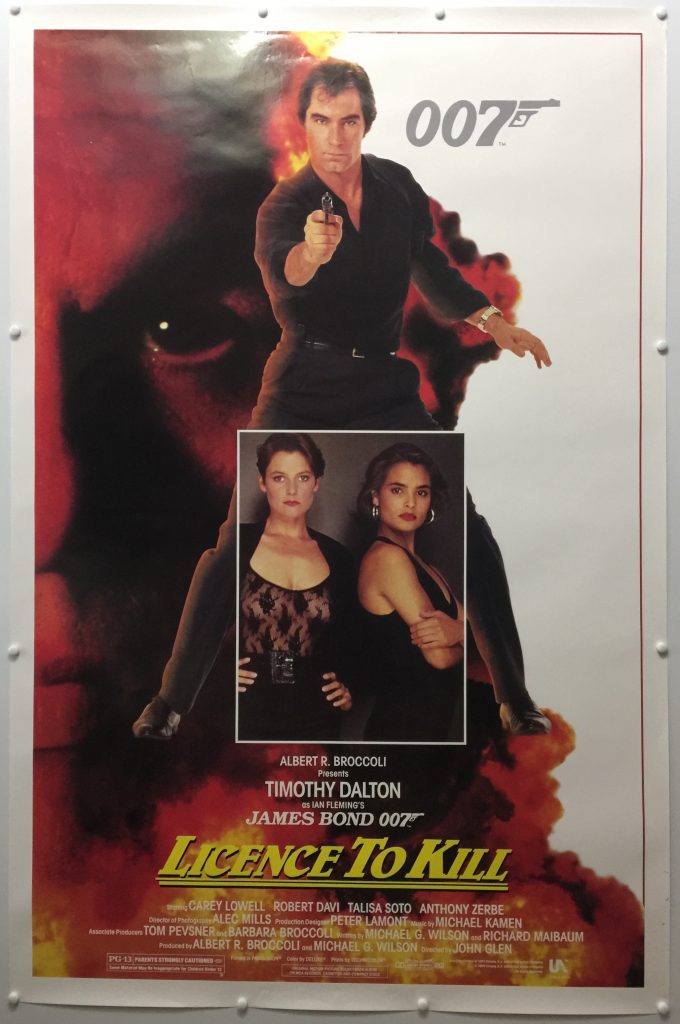