The film’s title is taken from Ian Fleming’s short story The Living Daylights and the last to use a title from an Ian Fleming story. Originally it was proposed to be a prequel to the series, an idea that eventually resurfaced with the reboot of the series in 2006. SMERSH, the fictional Soviet counterintelligence agency that featured in Fleming’s Casino Royale and several other early James Bond novels, was an acronym for Smiert Shpionam which means Death to Spies.

The film reunites Bond with the car maker Aston Martin. Following Bond’s use of the Aston Martin DBS in On Her Majesty’s Secret Service, the filmmakers then turned to the brand new Lotus Esprit in 1977’s The Spy Who Loved Me, which reappeared four years later in For Your Eyes Only. Despite the iconic status of the submersible Lotus, however, Bond’s Aston Martin DB5 is recognised as the most famous of his vehicles. As a consequence, Aston Martin returned with their V8 Vantage.

Two different Aston Martin models were used in filming, a V8 Volante convertible, and later for the Czechoslovakia scenes, a hard-top non-Volante V8 saloon badged to look like the Volante. The Volante was a production model owned by Aston Martin Lagonda chairman, Victor Gauntlett.

The Living Daylights was a commerical success and grossed £191.2m worldwide including an opening weekend of $11,051,284. The film was generally well received by most critics.

After Bond helps Russian officer Georgi Koskov make a daring defection to the West, the intelligence community is shocked when Koskov is abducted from his remote hiding place.

James Bond leaps into action, following a trail that leads to the gorgeous Kara, who plays Bond as easily as she plays her Stradivari cello. As they unravel a complex weapons scheme with global implications, they are forced into hair-raising chases, a riveting jailbreak and an epic battle in the Afghanistan desert with tanks, aeroplanes and a legion of freedom fighters on horseback. 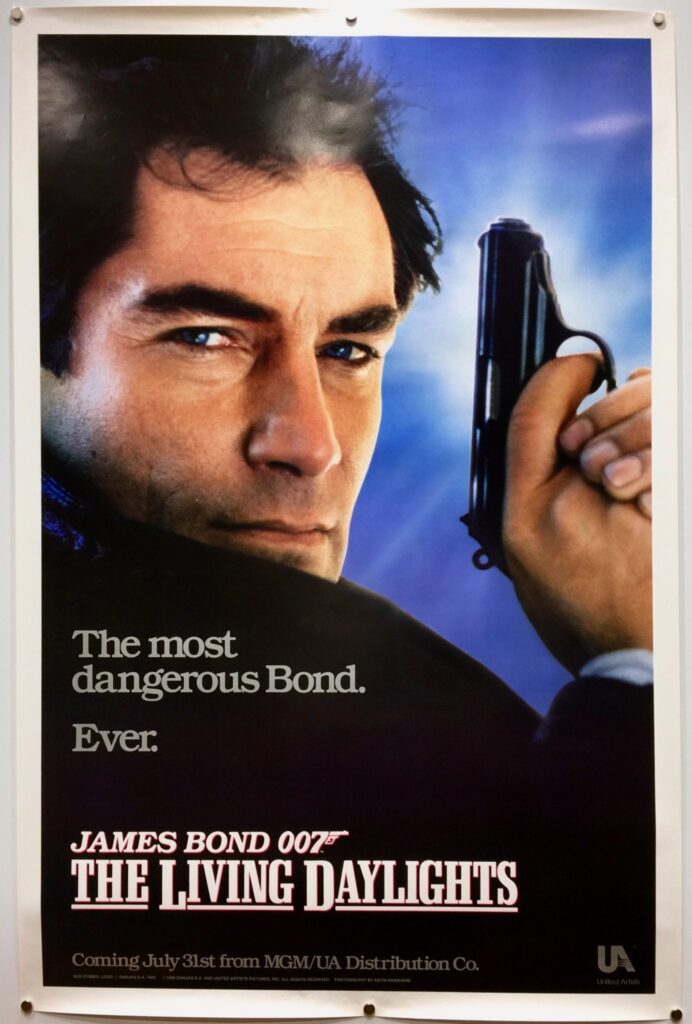