In this sequel to Mad Max 2: The Road Warrior, Max (Mel Gibson) is exiled into the desert by the corrupt ruler of Bartertown, Aunty Entity (Tina Turner). Bartertown is a city on the edge of a desert that has managed to retain some technology if no civilisation. Max has his supplies stolen and must seek shelter there in a post apocalyptic world where all machines have begun to break down and barbarians hold what is left. He becomes involved in a power struggle in this third Mad Max film where he must first survive the town, survive the desert and then rescue the innocent children he has discovered.

The third instalment in the Mad Max film series and the last to feature Mel Gibson as Max, the series was revived in 2015 with the release of a sequel, Mad Max: Fury Road, starring Tom Hardy in the title role. 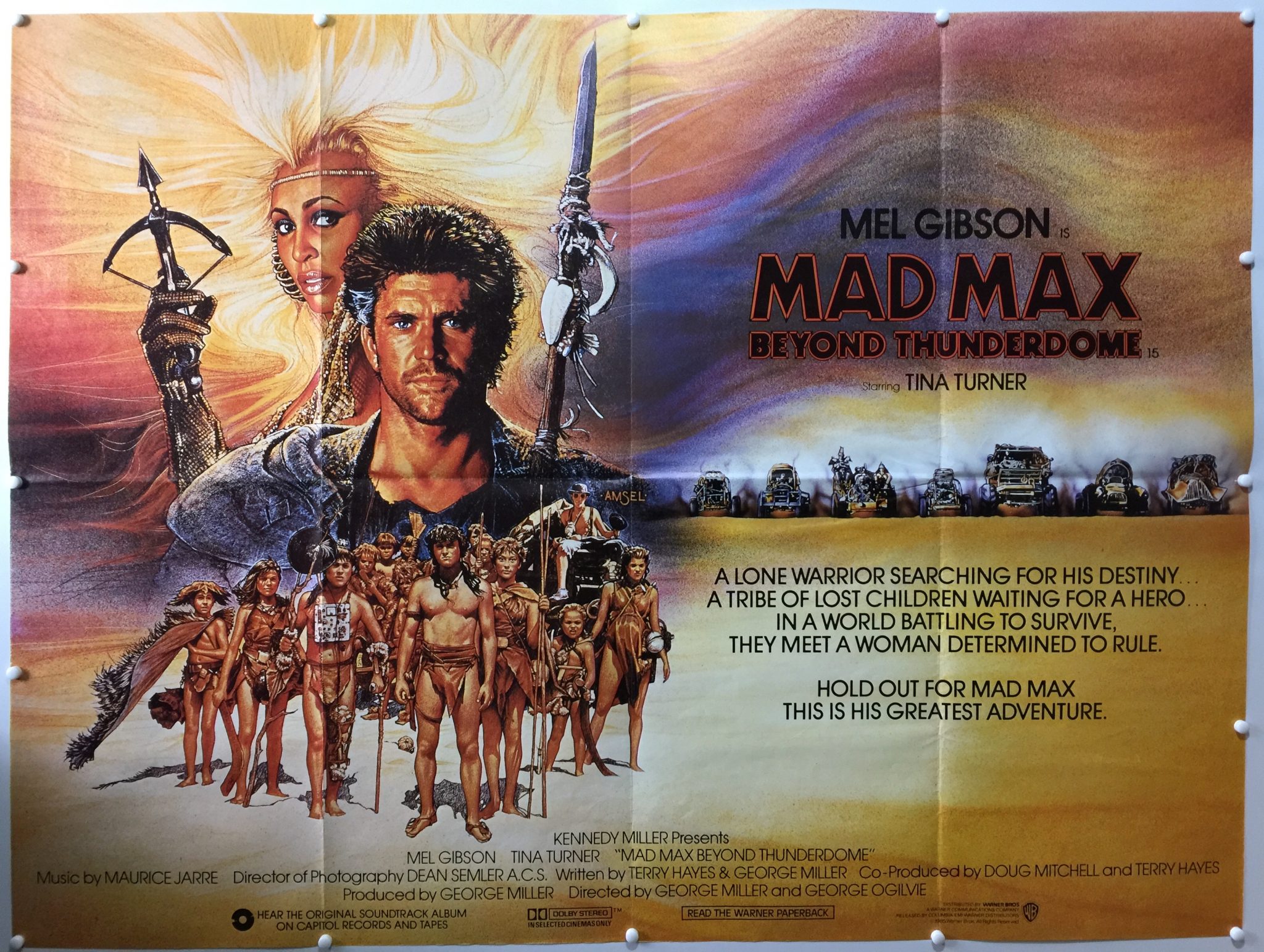 Type of Poster
Quad
Style of Poster
Final
Origin of Poster
UK
Year of Poster
1985
Designer
Unknown
Artist
Richard Amsel
Size (Inches)
40″ x 30″
Single Sided or Double Sided
Single Sided
NSS # / Printer Markings#
None
Tagline
A lone warrior searching for his destiny…
A tribe of lost children waiting for a hero…
In a world battling to survive, they face a woman determined to rule.
Hold out for Mad Max this is his greatest adventure.